MARTA announces the completion of the Edgewood/Candler Park transit-oriented development (TOD) on the Blue/Green Line in DeKalb County.

Since its groundbreaking in 2016, the 6.4-acre TOD has become home to the Spoke and Quill apartment complexes, including 20 percent affordable housing units, Moving in the Spirit, a creative youth development program, office space, several retail businesses, and a small park. The final phase of the three-phase development features a new parking deck for MARTA customers and TOD residents and patrons, a redesigned bus loop that can accommodate standard and articulated buses, and art commissioned by MARTA’s public art program Artbound.

“Edgewood/Candler Park is a perfect example of how developing near transit can transform and enrich a community, and we are thrilled to celebrate the completion of another transit-oriented development this year,” said MARTA Interim General Manager & CEO Collie Greenwood. “This development fulfills MARTA’s larger TOD and affordable housing commitment established by the MARTA Board, generates ridership and a return on our ground leases, and promotes a sustainable, affordable, and growing future for the people of this region.”

“MARTA appreciates our partners’ dedication and shared vision of this development,” said MARTA Director of Transit-Oriented Development Debbie Frank. “Just a few short years ago, this was an underused space and now it’s a vibrant, amenity-rich community with affordable housing close to transit. We could not have achieved this without the support of the Federal Transit Administration, Atlanta Regional Commission, Columbia Ventures, Invest Atlanta, the City of Atlanta, and Moving in the Spirit.”

“When co-founder, Genene Stewart and I started dreaming of building Moving in the Spirit’s forever home, it was critical that we join a development and community where we can share our art and reach so many young people because we’re close to transit.  This powerful partnership proves that dreams do come true,” said Moving in the Spirit co-founder and CEO Dana Lupton.

Edgewood/Candler Park TOD by the numbers:

MARTA’s public art program Artbound commissioned two pieces for the TOD: The Great Migration by Deedee Morrison (Deedee Morrison Sculpture) and The Unseen by Christina Kwan (Christina Kwan (christinakwanart.com)). The Great Migration sculpture is a powerful visual representation of history and biogeography during the day and comes alive at night with the added dimension of light. The Unseen mural explores the elemental force of wind; how it shapes our landscape and plays an integral part in our ecosystem.

“These unique works are a thoughtful and moving addition to the Edgewood/Candler Park development, beautifying the space, connecting art to audience, and celebrating the diverse natural habitat of Georgia,” said Art in Transit Director Katherine Dirga.

MARTA’s Office of Transit-Oriented Development has led additional successful developments at Lindbergh Center, Chamblee, Avondale, and King Memorial rail stations, with plans for TODs at Arts Center, Bankhead, and other MARTA properties. Additionally, the Office of TOD is partnering with Morgan Stanley and Goldman Sachs respectively to preserve and support the development of affordable housing near transit. 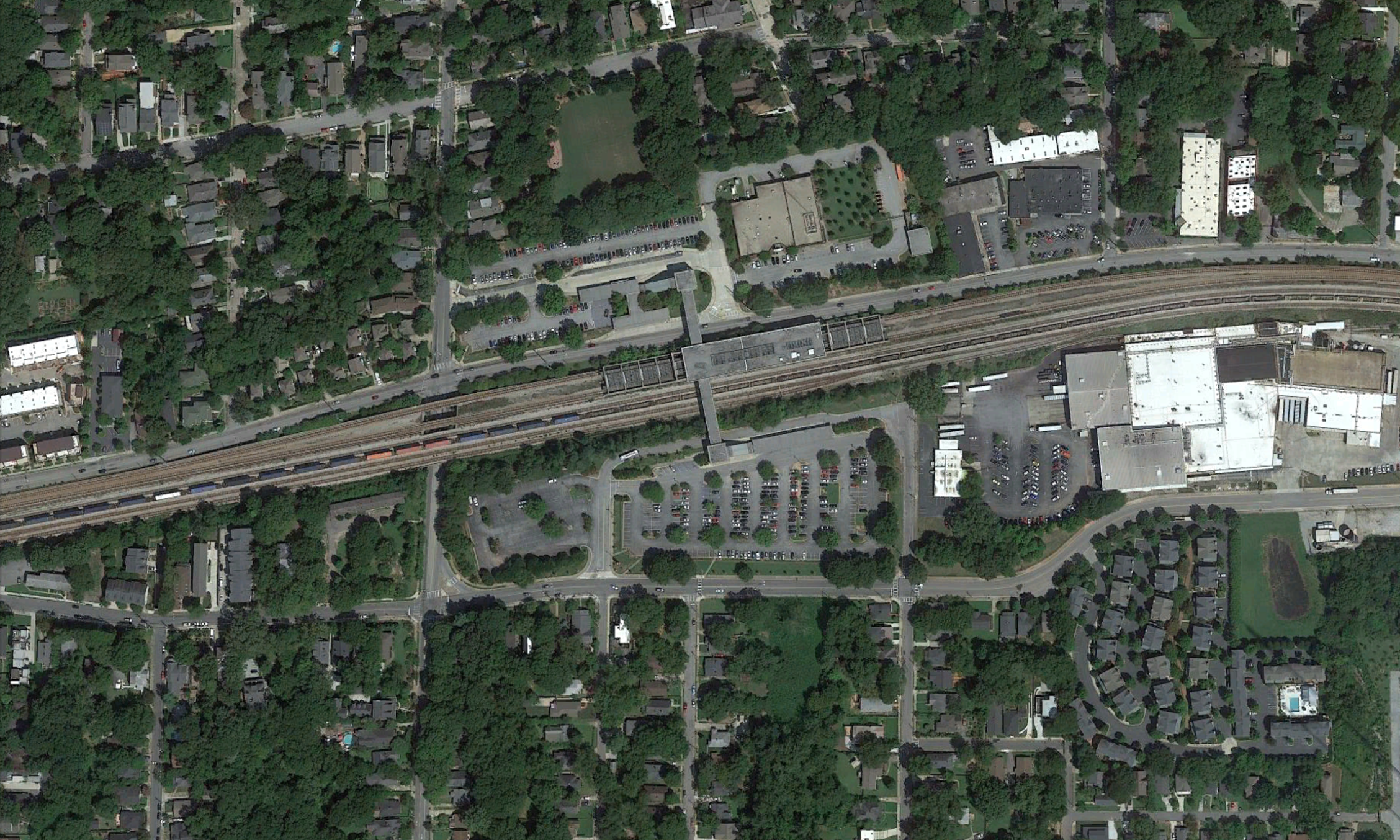 Edgewood-Candler Park TOD Before & After 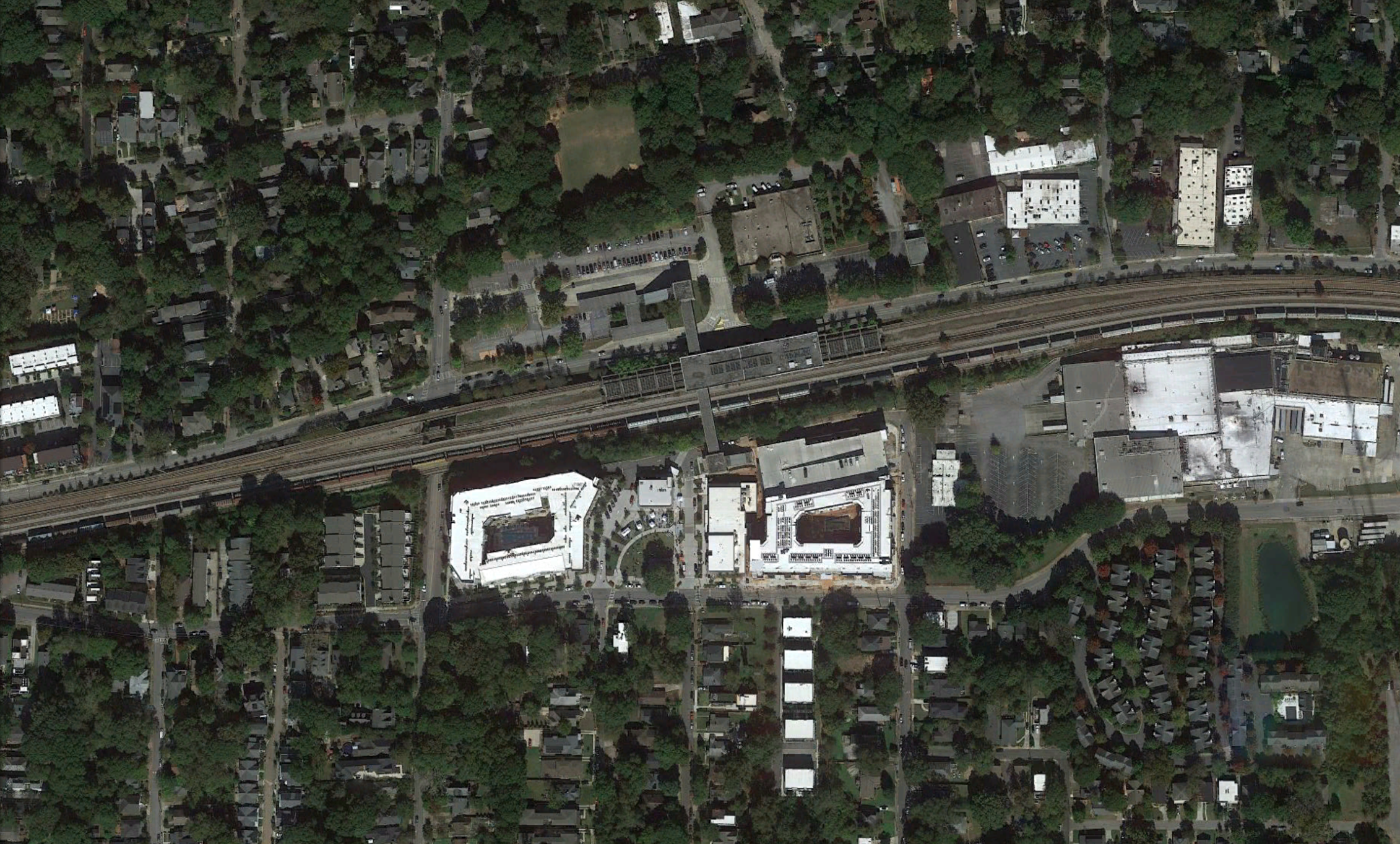