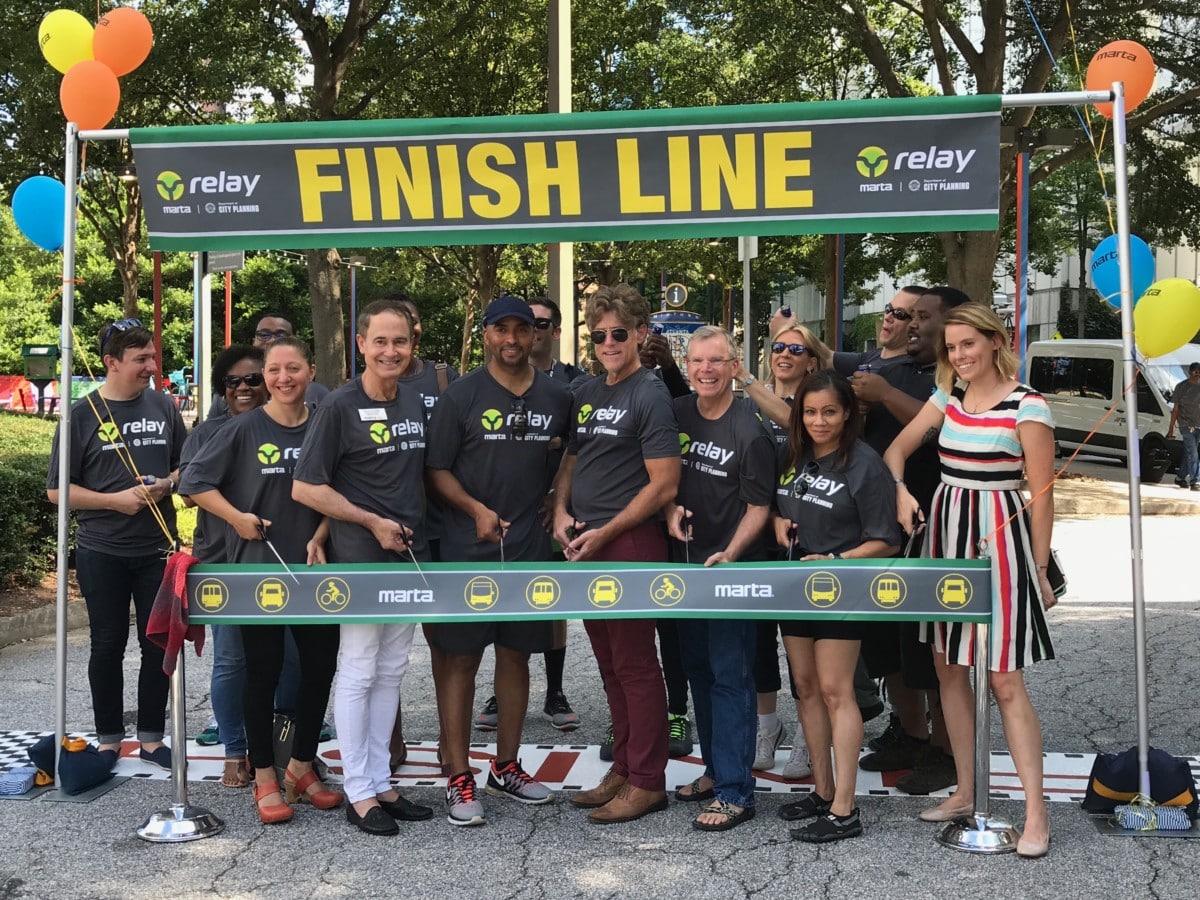 MARTA and the City of Atlanta are teaming up to provide the elusive “last mile” for people seeking alternative ways to get around.

MARTA and the city’s Relay bike sharing program launched their partnership on July 14 with an actual bike relay from the Colony Square bike station to MARTA’s Arts Center Station. MARTA and city employees “competed” in an effort to “win” the relay.

The “race” ended up being a wheel-biting finish between MARTA board member Jim Durrett and Atlanta Planning Commissioner Tim Keane. 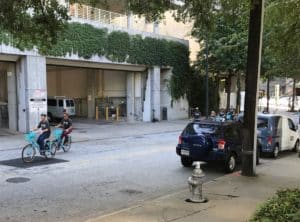 Cyclists Jim Durrett of MARTA, and Tim Keane of the City, race to the finish line

But all kidding aside, MARTA, Relay and city officials took a serious tone.

“This is a very special morning for us,” said Keith Parker, MARTA’s CEO and general manager. “ Relay will have 500 bicycles at various MARTA stations throughout this city. It’s an incredible new asset for the city of Atlanta.”

MARTA board member Bob Dallas said the partnership was all about the “last mile connectivity” – linking people from transit to their homes, offices and hang-outs –providing cycling as a mode of transportation to travel that distance.

“My hope is that it will expand to other jurisdictions beyond the City of Atlanta,” said Dallas, who is a DeKalb representative on the MARTA board.

Former MARTA Chairman Durrett, who also is an avid cyclist, said he was “thrilled” by the partnership.

“We are, in the City of Atlanta and within the MARTA system, right on the brink of changing how people feel about this city and how they get around,” Durrett said “I think you are going to see cycling and transit utilization skyrocket.” 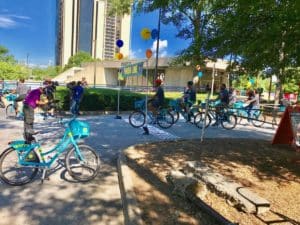 Parker said it’s already happening with the bike racks on buses often taken when other bike riders try to board. “We are getting complaints that they’re full,” Parker said.

Still, MARTA is recognized as one of the most bike-friendly transit systems in the country.

“You can take your bikes right on the train at any time of day,” Parker said. “Cyclists have full access to the trains.”

Keane also laughed at the competition during the relay between city and MARTA riders.

For people who want to drive 100 percent of the time, they should hope that other people are cycling, walking and riding transit. Saying he was sharing a public service announcement, Keane said: “Your future depends on many of your neighbors doing that.”

Keane credited much of the city’s recent advancement in cycling to Mayor Kasim Reed, and his decision to hire a chief bicycle officer – Becky Katz. 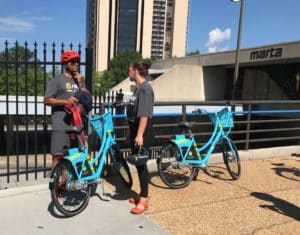 Julie Wells, Relay Bikes’ director of development and partnerships, also celebrated the partnership, thanked both the City and MARTA for their interest in bike sharing. She said Atlanta is getting accustomed to the blue bikes that already are on the streets.

She said the program would expand at “strategic” MARTA stations.

The Relay Bike Share has become an essential mode of transportation since it launched in June, 2016. Already, more that 11,500 people have ridden the bike share program taking 35,000 trips for 80,000 miles.

And since MARTA installed its bike share stations on April 20th, more than 3,200 bike-share bike rides have initiated from a MARTA station. 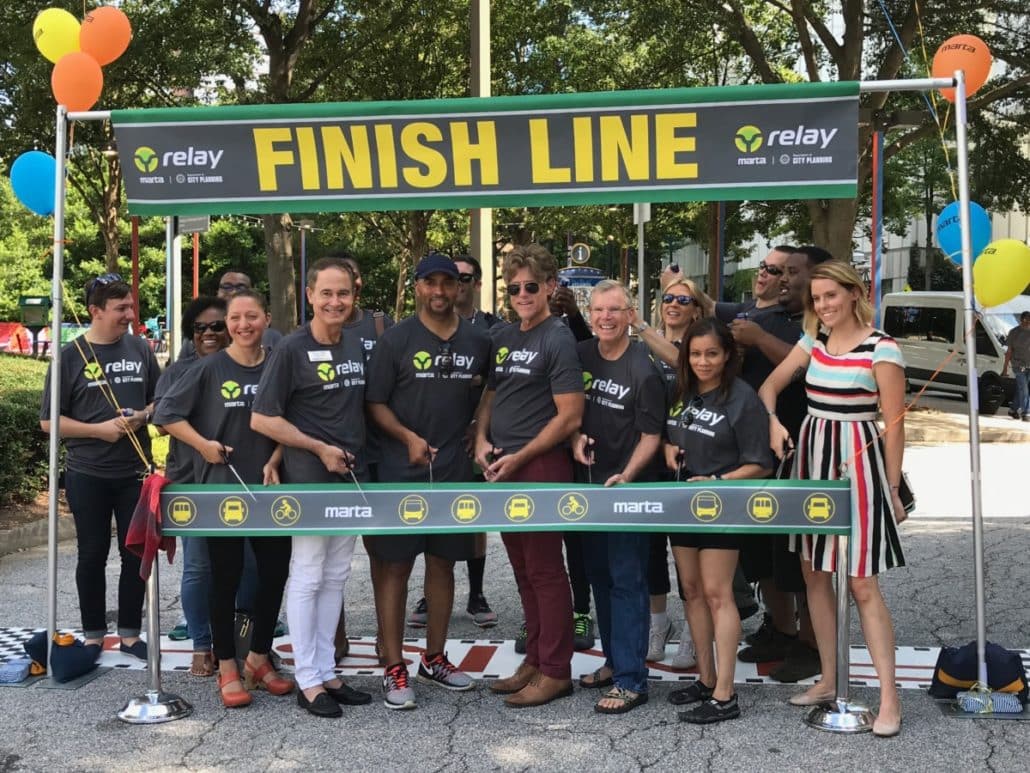 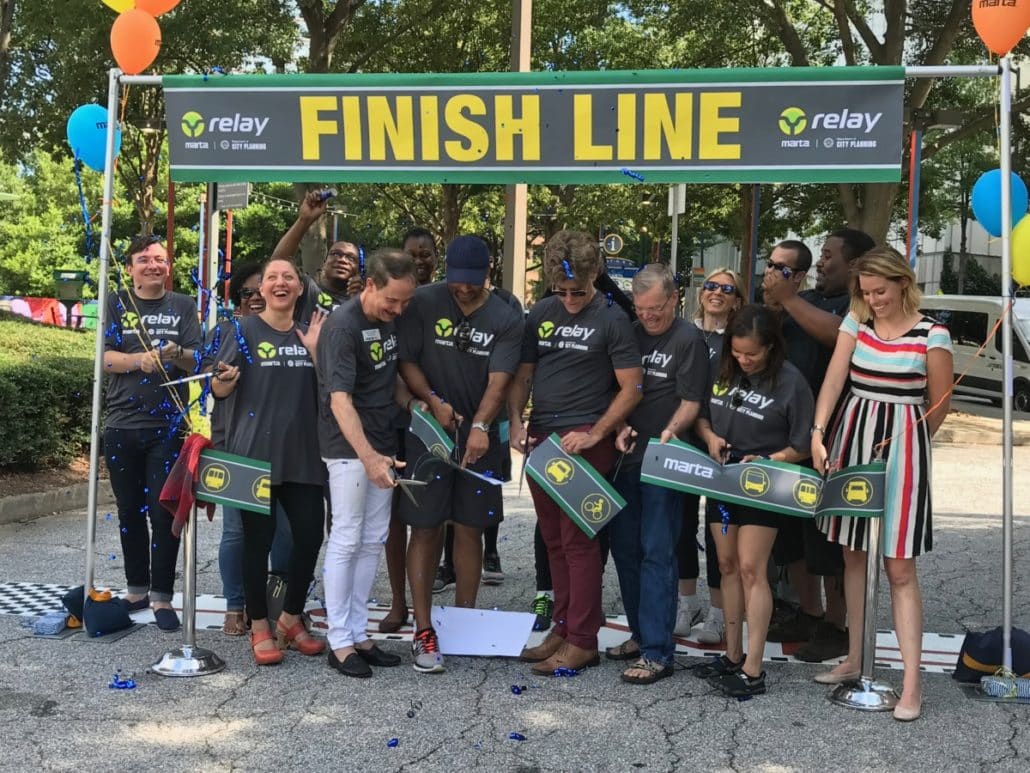