MARTA’s board of directors held an emergency meeting Saturday afternoon following the Friday night death of Jeffrey Parker, general manager and CEO of the transit agency.

After 45 minutes in executive session, the board voted unanimously that Collie Greenwood, the deputy general manager of operations and urban planning, would serve as the MARTA’s interim top executive.

Greenwood, 56, is a 33-year transit executive, who has had operations and administrative experience ranging from front-line operations to executive leadership, according to MARTA’s website. 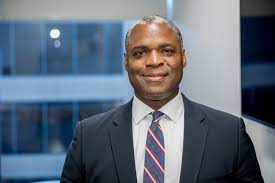 Before coming to MARTA, Greenwood served as chief service officer for the Toronto Transit Commission, where he led a team of 9,500 men and women working for the transit agency overseeing subway, streetcar, accessible transit and station services, security and maintenance for all modes of transportation. Toronto’s transit system is the third-largest in North America.

MARTA issued a statement after the board meeting about Greenwood’s appointment as interim general manager.

“Jeff Parker has built an incredible team of professionals to lead MARTA into its expansion phase with a renewed commitment to improving the customer experience,” the statement said. “As the head of operations, Mr. Greenwood has been central to that work and his appointment ensures continuity of our shared vision.”

In his role at MARTA, Greenwood is accountable for all facets of bus, rail, facilities and transit infrastructure for the City of Atlanta, Fulton County, DeKalb County and Clayton County.  His responsibilities include daily operation and maintenance of the MARTA Bus network, Mobility service, Rail System and Atlanta Streetcar while ensuring stations, facilities, vehicles, systems and the right of way remain in a state of good repair.

In this new role, Greenwood has been in charge of developing and delivering major capital projects aimed at enhancing the customer experience, including the largest in MARTA’s history, the procurement of new railcars, and the addition of electric buses to MARTA’s fleet. Greenwood also has worked closely with the senior leadership team to ensure that operating departments have the resources they need, and provide management and focus to further build a customer-centric, safety-driven, performance management culture.

Greenwood holds a B.A. in Political Science from the University of Waterloo, Ontario, Canada.

Before going into executive session, board members expressed their condolences, and they shared how much they were grieving from Parker’s death.