MARTA Police Department vehicles as seen on the MPD website.

The MARTA Police Department (MPD) is launching a “zero tolerance” crackdown as soon as this weekend that will continue through June.

A new “Train Patrol Detail” will strictly enforce the transit agency’s “Ride with Respect” rules as well as state and local laws, MPD Chief M. Scott Kreher said during an April 7 meeting of the Buckhead Public Safety Task Force. The idea is to make the system more appealing to rule- and law-abiding passengers as ridership picks up after COVID-19 pandemic lows. 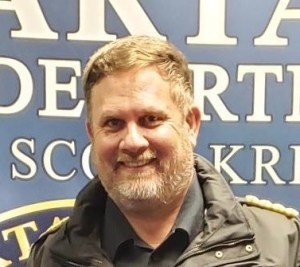 Kreher said “we’re basically going to have a zero-tolerance [policy] on our system.”

MARTA is not advertising the crackdown, but transit agency spokesperson Stephany Fisher said MPD likely will release information about its results afterward. “If the detail is successful and budget allows, MPD will more than likely have another one,” Fisher said.

The April-through-June detail will include 12 officers, four sergeants and two wagon drivers.

The crackdown will include removing homeless people who stay on the transit system, which Kreher called MPD’s “biggest challenge.” He said that when ridership plunged during the early stages of the pandemic, the “entire system began to be inundated with unsheltered folks.” Today, he said, MPD removes an average of 40 to 60 homeless people from the system’s trains and buses each night at the end of service. He said 120 homeless people were removed on the night of April 6, when the weather brought thunderstorms.

Part of MPD’s challenge, Kreher said, is the lack of mental health or substance abuse facilities for homeless people with such issues, as well as a near-total absence of long-term housing. MARTA does have a “HOPE team” program, piloted in 2020, that pairs social workers with unarmed security officers, called field protective specialists, who address homeless people staying on the system. Kreher said the HOPE teams work with people to find support services or pre-arrest diversion programs.

In addition to the crackdown detail, Kreher said, MPD has launched an undercover operation with a minimum of five officers on the system daily.

A former Atlanta Police Department deputy chief, Kreher took command of MPD during the pandemic in 2020. He said MPD, like many other police agencies, is dealing with retention and hiring issues. He said MPD has lost 63 sworn-officer positions since January 2020 — about a 20 percent reduction in the force.