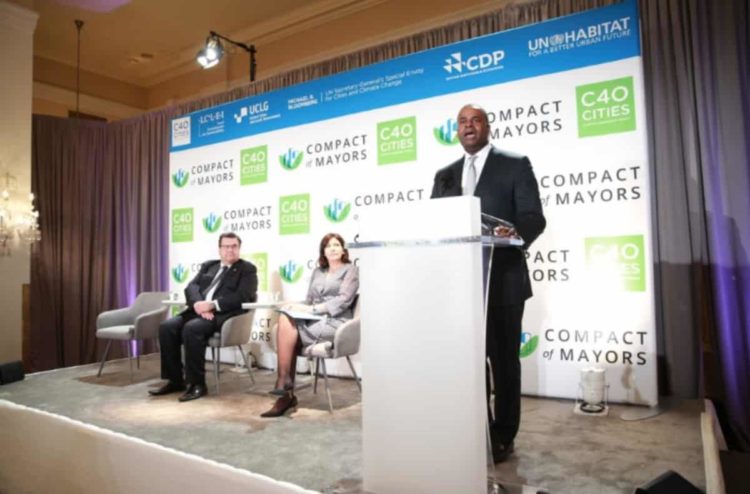 Atlanta Mayor Kasim Reed (right) announced the new Compact of Mayors and C40 Cities research at the 2016 United Nations Climate Action Summit, in Washington. Seated behind him are mayors Anne Hidalgo of Paris, and Denis Coderre of Montreal. Credit: medium.com 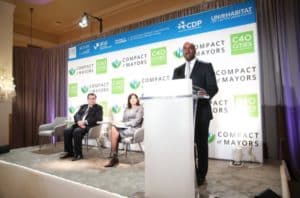