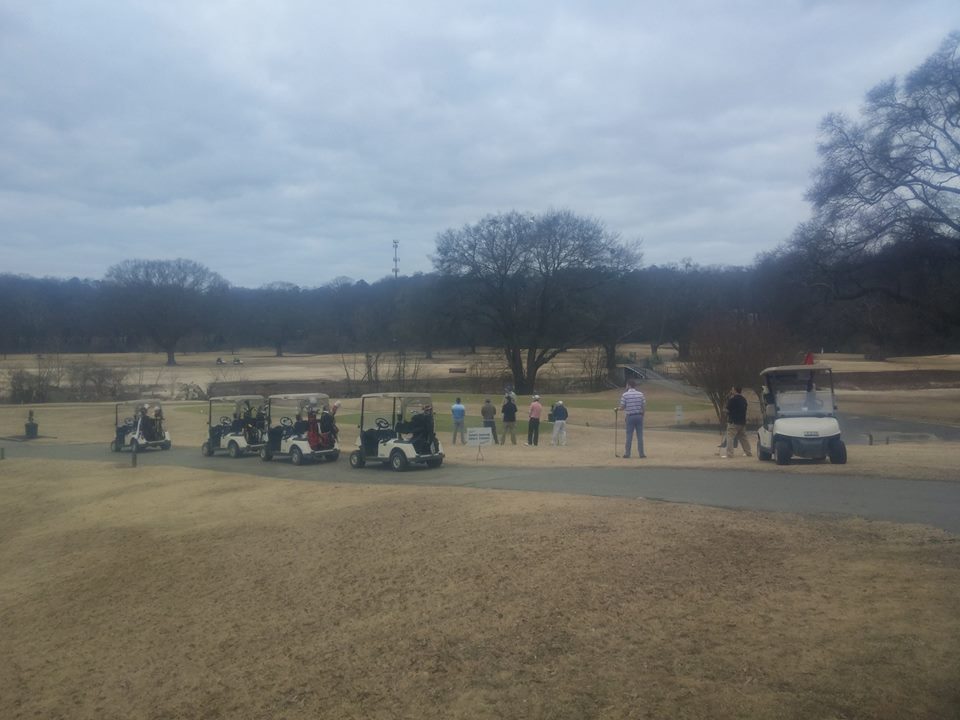 A group of golfers in their 20's, wait to tee off at Bobby Jones on Sunday Jan. 31 (Photo: Save Historic Bobby Jones Golf Course Facebook page)

Atlanta Mayor Kasim Reed called the possibility of the State of Georgia getting ownership of the Bobby Jones Golf Course in Buckhead as the “biggest false crisis that I’ve seen.”

In an editorial board meeting with the Atlanta Business Chronicle on Tuesday morning, Reed said he wanted to remove the mystery around the possible land swap between a state-owned parking facility at Underground Atlanta and the city-owned Bobby Jones course. The swap has been tied to the closing of the sale of Underground to WRS Realty.

But Reed said there’s a lot of false speculation surrounding the deal. 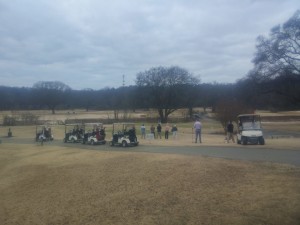 A group of golfers in their 20’s, wait to tee off at Bobby Jones on Sunday Jan. 31 (Photo: “Save Historic Bobby Jones Golf Course” Facebook page)

“There’s never been a desire to try to da a commercial development on it,” Reed said. Instead, the state would turn it into “a pristine” golf course and would “make the club house amazing.”

By comparison, the city has been investing little in its golf courses, and Reed said the longer term plan is to move away from city-managed golf courses.

“What is stunning to me is I never thought I’d live to see the day in Atlanta where people would rather the city hold this property than the state,” Reed said, adding that there is no written proposal or bill that’s been drafted related to Bobby Jones being owned by the state.

Still, several Buckhead representatives have said they would rather see the land owned by the city than the state. He said some people who oppose the state’s interest in the golf course as being politically motivated and trying to get the Buckhead community “riled up.”

Much of the community discussion has centered around whether it should continue to be an 18-hole course or become a 9-hole course.

A “Save Historic Bobby Jones Golf Course” page has been established, and there is even a petition to let the Mayor and Gov. Nathan Deal know about the objections.

A community town hall meeting on the future of the Bobby Jones Golf Course is supposed to happen Tuesday evening, and the Mayor said he wants to be sure people have the right information before they make a decision.

“There was a conversation about how to help kids have a place to play golf,” Reed said, adding that there had been some philanthropic interest in such a plan. “Any state of Georgia golf team would be able to access the course.”