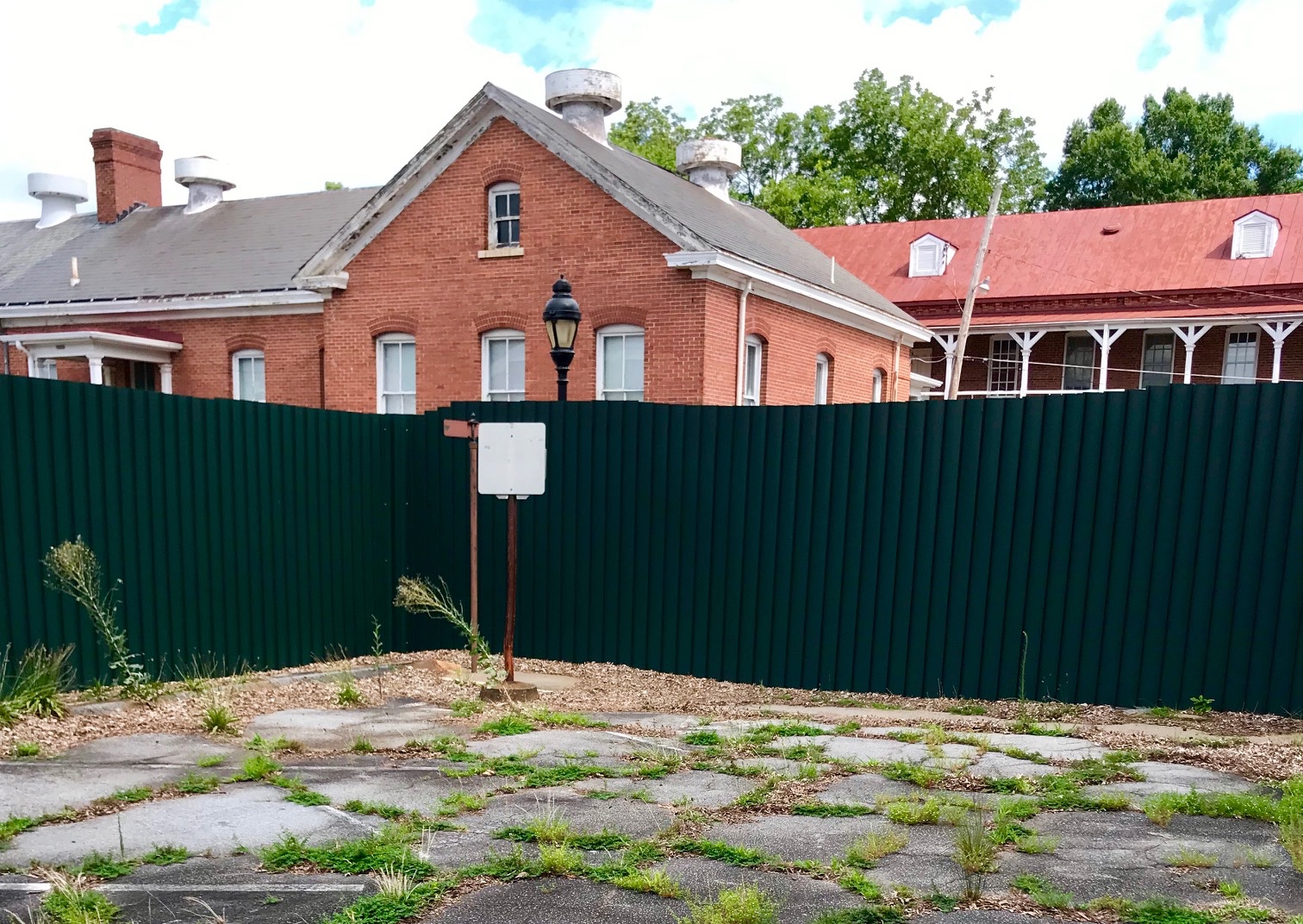 Looking at one of the historic buildings at Fort Mac that's part of Tyler Perry Studios – blocked off by an 8-foot-high fence in 2019. The area in front of the fence is part of MILRA-owned land (Photo by Kelly Jordan)
Share
Tweet
Share
Pin
Pocket
WhatsApp
Buffer6
Email
Reddit
6 Shares

By John Ruch and Maggie Lee

T.D. Jakes Real Estate Ventures has won the right to purchase around 94 acres of southwest Atlanta’s former Fort McPherson site for a still-undisclosed plan. And Tyler Perry is buying another 37.5 acres of the shuttered fort for an entertainment district.

The Fort McPherson Local Redevelopment Authority on June 17 approved the execution of a purchase and sale agreement with the megachurch pastor’s real estate company. LRA chairman Cassius F. Butts called it a “historic moment” without revealing what the plan is. A spokesperson responded to questions about the plans by saying more details would be released soon.

A later written statement from the authority contained little in the way of new detail on the Jakes development.

“TDJREV is committed to developing real estate and programs in response to the growing, nationwide need for affordable, attainable, and workforce housing. These programs provide options that help families who live in underserved areas realize and sustain attainable living with the goal of home ownership,” Fort Mac’s statement reads in part. That’s not much more than what’s already on the “about” section of TDJREV’s website.

The Fort Mac board approved the deal without seeking proposals from other developers. It comes about a year and a half after the Fort Mac board parted ways with a would-be developer who had spent more than a year planning with the community. 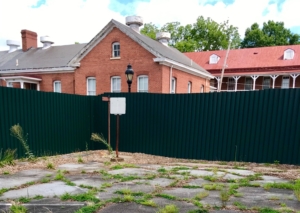 Part of Tyler Perry Studios at the former Fort McPherson sits behind a fence marking off the undeveloped area on the site. (Photo by Kelly Jordan)

At its June 17 meeting, Fort Mac’s board also approved execution and delivery of the disposition of another 37.5 acres to Tyler Perry Studios and its founder for an “entertainment district” that will sit between the studio’s entrance and Lee Street.

The district will be open to the public and include retail, restaurants and a theater district, according to Fort Mac’s statement. That echoes some plans that Perry has hinted at before.

The statement also contains praise for the deal from both Atlanta Mayor Keisha Lance Bottoms and Georgia Governor Brian Kemp.  The property sits in Atlanta, but the board that’s disposing of it is a state body.

The board has not revealed any price for the land.

One item mentioned in motions during the June 17 meeting was a “chapel issue, the building of the chapel,” which the LRA’s executive director is allowed to negotiate, but it was unclear which project that involves. An LRA spokesman later said that the board wants to make sure the chapel is preserved.

Jakes leads a megachurch in Dallas, Texas called The Potter’s House and runs a religious multimedia business. His company had been in secret negotiations with the LRA for months.

The LRA is overseeing the redevelopment of the former U.S. Army fort, which sprawls over hundreds of acres along Lee Street and Campbellton Road. Perry has already turned about 330 acres into a studio complex and the U.S. Food and Drug Administration is moving offices and laboratories there. About 132 acres remain undeveloped.

In a virtual board meeting that included a lengthy executive session about the real estate deals, Butts called the move “what I would imagine to be a historic moment” and a “solution that we feel is in the best interest of this community.” He said the project would create jobs and be an “economic spur.”

This story has been updated with information from a Fort Mac press release and more background.