Transit is becoming an easier sell in the Atlanta region.

That is the top finding from the 2017 Metro Atlanta Speaks – the fifth year that the Atlanta Regional Commission has commissioned a comprehensive survey of residents throughout the region. The results were to be released at the ARC’s State of the Region Breakfast on Friday morning.

The A.L. Burruss Institute of Public Service and Research at Kennesaw State University conducted the Metro Atlanta Speaks survey – reaching out to 5,462 adult residents across the 13 counties in the region.

Metro Atlanta Speaks discovered that nearly 94 percent of respondents in the region believe improving public transit in the region is either “very important” or “somewhat important.”

Hooker said that’s the highest level of support for transit so far. It was at 88 percent in 2013.

“There’s a five-year pattern of transit increasing every year,” Hooker said. “Transit is the solution people are pointing to.”

More significantly, this year’s Metro Atlanta Speaks asked whether residents would be willing to pay higher taxes so that Atlanta could expand transit in the region.

Of the people surveyed, 51 percent throughout the region supported higher taxes for transit.

“That’s not an insignificant finding, and we need to pay attention to it,” Hooker said. “The county with the highest percentage in support of higher taxes is Gwinnett at 56.4 percent followed by Fulton County at 55.7 percent. Cobb County was at 48.8 percent. 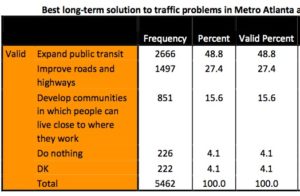 In the 45-year history of MARTA, both Gwinnett and Cobb has had opportunity to join the regional transit system. But only voters in the City of Atlanta, Fulton County and DeKalb County voted for MARTA in 1971. Clayton County voters approved a penny sales tax for MARTA three years ago.

Nearly half of the respondents – 49 percent – said expanding public transit is the best long-term traffic solution, the top choice on this year’s survey. That’s an increase from 43 percent last year and 41 percent in 2013, the survey’s first year.

Hooker said the results of Metro Atlanta Speaks, which surveys residents and not likely voters, still gives elected leaders a sense of how people are viewing problems and solutions in the region.

“It helps elected leaders be more open to exploring the transit question,” Hooker said, adding that elected leaders will be more receptive to the issue once they know a majority of the residents in their counties or regions support transit. “It gives them an opening to explore transit in a reasonably safe way.”

For example, in Gwinnett, 96 percent of respondents believe improving public transit is important for the region’s future — up from 87 percent a year ago. The percentage of Gwinnett residents who said transit was “not important at all” to the region dropped from 13 percent in 2016 to 3 percent in 2017. 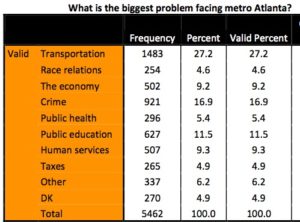 In Cobb, more than half — 52 percent — of respondents said expanding public transit is the region’s best long-term traffic solution. That compares to 42 percent last year.

The survey asked residents to name the biggest problem facing the region.

Transportation came in first with 27 percent of respondents naming it the biggest problem facing the region for the fourth straight year in a row.

Metro Atlanta’s improving economy was also reflected in this year’s survey. Only 9 percent of respondents said the economy is the biggest problem facing the region, compared to 24 percent in 2013. Meanwhile, 52 percent said job opportunities were “excellent” or “good,” compared to 36 percent in 2013.

But Hooker said the survey also identified a troubling fact – that many respondents are facing financial challenges.

One in seven respondents – 14 percent – said they’d not be able to pay an unexpected $400 expense, about the same percentage as last year.

Another 15 percent said they’d have to borrow money or pawn or sell something to cover the cost. And nearly 1 in 5 metro Atlanta residents said they had to skip meals or reduce portion sizes to save money.

The survey of 5,450 residents is statistically valid for each county and the City of Atlanta, with a margin of error of 1.3 percent for the 13-county region as a whole and 4 percent to 7 percent for the individual jurisdictions.

“The Metro Atlanta Speaks survey continues to be an invaluable tool that helps our organization and others gain a greater understanding of our region on a number of critically important issues,” said Ginneh Baugh, associate vice president of strategy and knowledge at the United Way of Greater Atlanta. 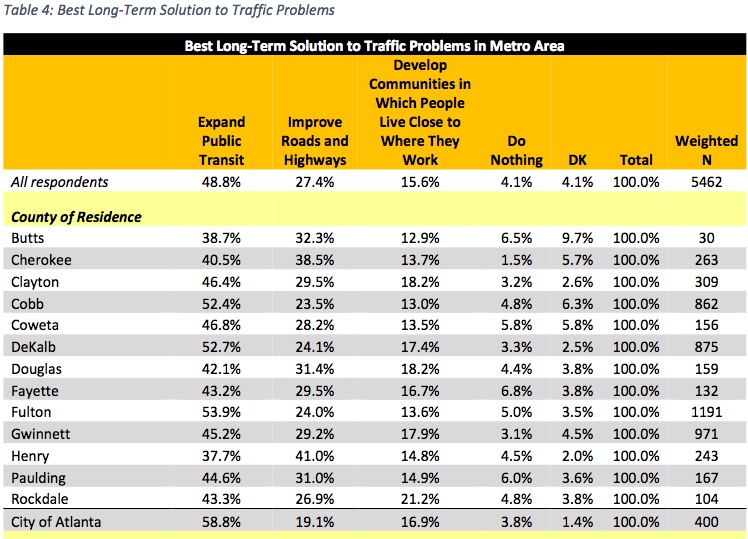 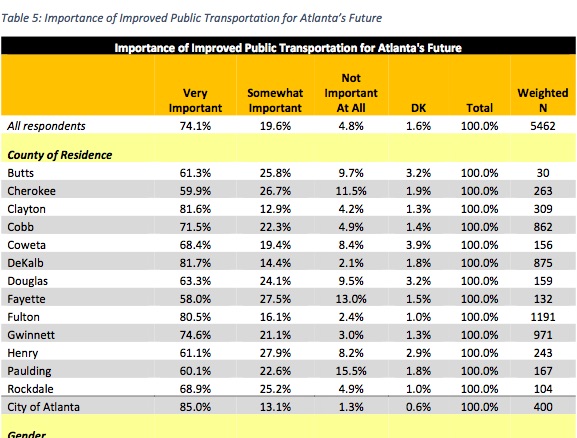 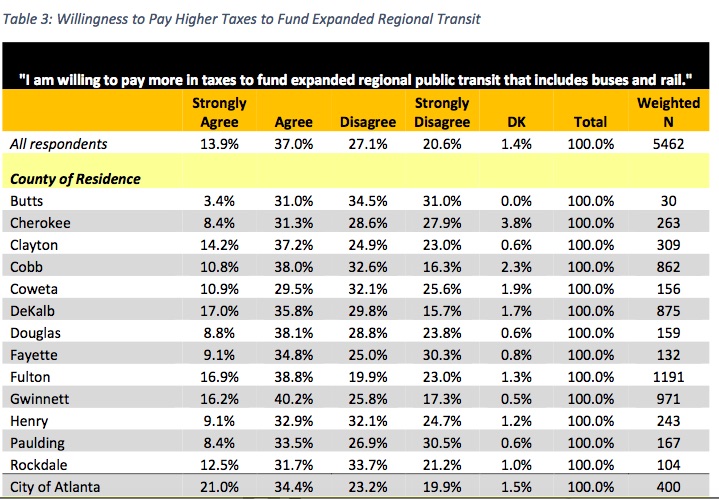