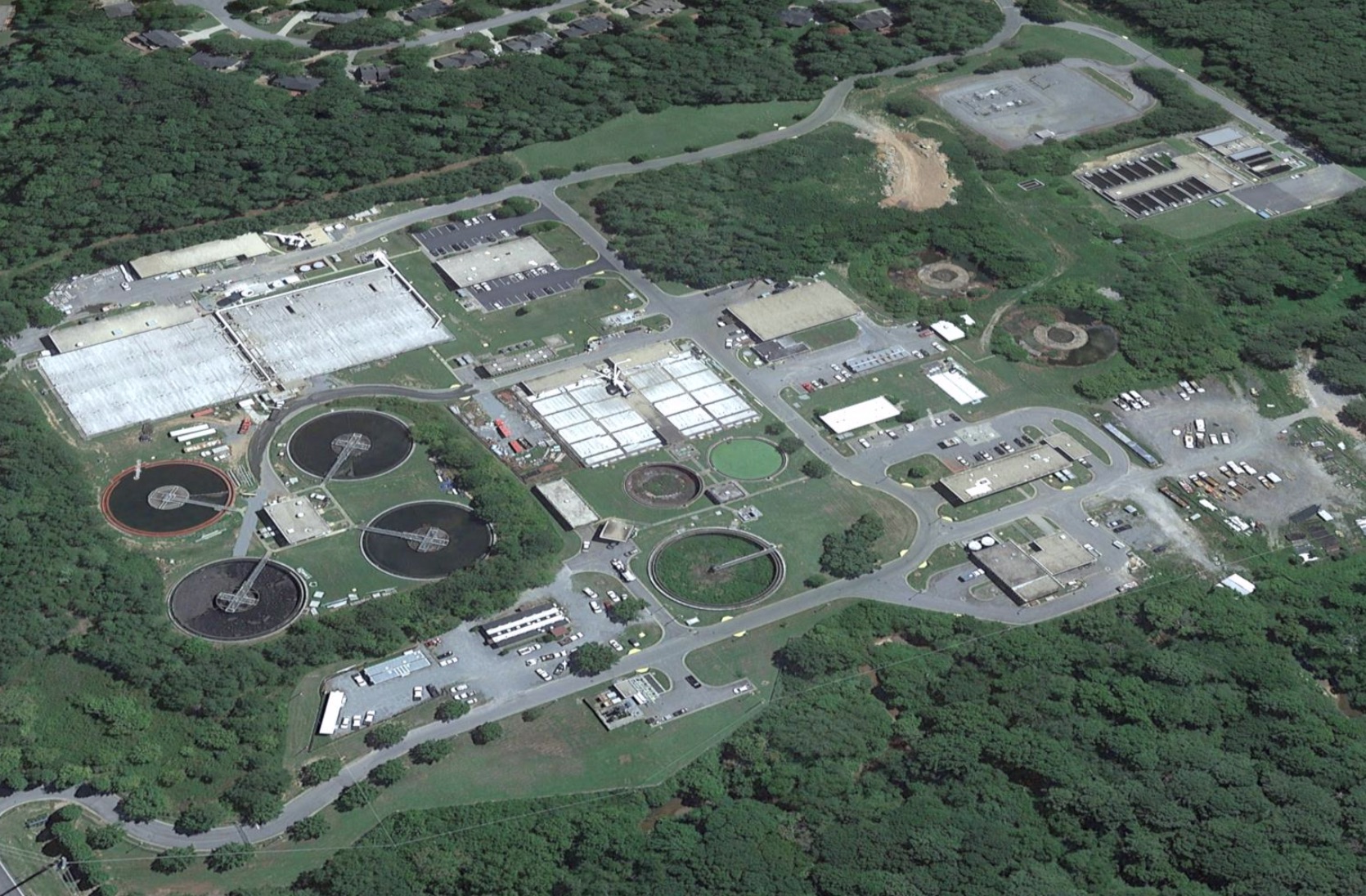 The Big Creek Water Reclamation Facility, in Roswell, has been expanded several times since it opened in 1971 and another expansion is to be complete in 2024. File/Credit: bigcreekexpansion.com
Share61
Tweet
Share
Pin
Pocket
WhatsApp
Buffer5
Email
Reddit
66 Shares

Metro Atlanta’s relentless growth results in part from the ability to process sewage. Fulton County is poised to foster growth in Roswell, Alpharetta and other areas north of Sandy Springs with construction set to start this fall on the expansion of the Big Creek Water Reclamation Facility. 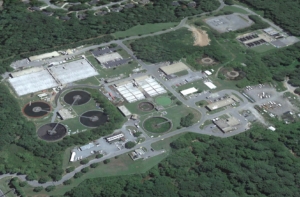 The Big Creek Water Reclamation Facility, in Roswell, has been expanded several times since it opened in 1971 and another expansion is to begin this autumn. Credit: bigcreekexpansion.com

In addition to serving these development destinations, the Big Creek sewage plant serves portions of Cobb and Forsyth counties. The expansion is intended to ensure these areas can continue to be developed, as well as North Fulton.

The latest plans are to be discussed at a public meeting Tuesday evening in Roswell, from 6 p.m. to 8 p.m. at the Chattahoochee Nature Center. This is slated to be the final public meeting about the project before it’s to open in late 2023, according to the county’s schedule.

Fulton County officials are preparing for an influx of a projected 294,000 residents by the year 2040, according to the 2015 population forecast by the Atlanta Regional Commission. The figure includes the City of Atlanta, which is pursuing its own agenda to accommodate an expected population increase in the coming two decades.

Fulton’s population gain is forecast at second highest in the region, trailing only the 490,600 increase projected for Gwinnett County, according to ARC’s forecast. ARC is updating the forecast and expects to release result in the coming months.

To put the era of growth into perspective, in 2040 the oldest members of the millennial generation are to be 59 years old. Gen-Zs who now top out at 17 years will be as old as 42 years. A generation just starting to be born – Gen-AA – will be from birth to 24 years of age. 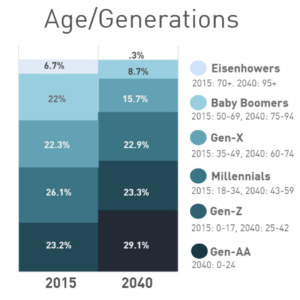 The Big Creek sewage plant is being expanded to meet the needs of residents who will live or work in North Fulton and portions of Cobb and Forsyth counties. Credit: atlantaregional.gov

Fulton has planned for years to accommodate projected growth north along the Ga. 400 corridor. Part of this growth is Avalon, the relative new kid on the block that brings the retail/residential concept of Atlantic Station to an 85-acre site in Alpharetta. Urban planners expect it will only increase its role as a destination for surrounding residential and office communities. The same company owns both developments: North American Properties.

The expansion is to be operation by the end of 2023, according to the county’s published timeline.

To put the size of expansion into perspective, the bigger Big Creek plant is to match all the capacity now available in Clayton County. Clayton’s three sewage plants, plus private systems, have a total capacity of 38 million gallons a day, according to a 2009 report from the Metropolitan North Georgia Water Planning District.

Fulton officials describe the Big Creek project as a double-win for the region. First, it is to facilitate development. Second, it is to treat sewage in ways that reportedly will reduce tell-tale odors from emanating from the plant, while addressing noise and light pollution from the facility. 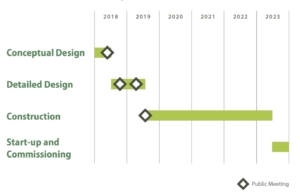 This is the county’s description of odor-control measures:

Noise and light issues are to be addressed by measures including moving sources away from neighbors; centralizing regular traffic on the site; using noise reduction enclosures for equipment; using light cutoff technology and lighting controls.