Denver, a role model for metro Atlanta’s proposed transportation sales tax, is running into some problems with its own transit construction program. 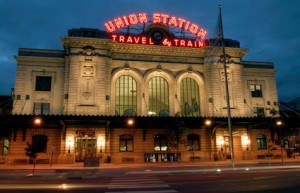 Denver Union Station is being upgraded through a public private partnership after FasTracks ran low on funds. Credit: FasTracks

These sorts of issues are just part of the territory when it comes to building one of the nation’s most ambitious transportation projects, a spokeswoman for Denver’s FasTracks said Monday. But they do bear attention as metro Atlanta voters consider creating a 1 percent sales tax to pay for road and transit improvements.

A delegation from Denver visited Atlanta in May 2011 to advise local officials on how to craft a sales tax campaign and project list. Colorado Gov. John Hickenlooper – Denver’s mayor when voters approved the tax – predicted metro Atlanta voters will approve the proposed sales tax by a 55-45 margin.

That was a year ago.

Now, Denver’s transit leaders are shying away from their own need to ask voters for more money to finish the job on time. In metro Atlanta, a campaign that’s just lately become visible intends to appeal to likely voters to vote on July 31 for a 1 percent sales tax for transportation.

In Denver, projected costs to meet the promised completion date of 2024 have increased from $4.7 billion to $7.8 billion. The sum includes the $2.1 billion portion being built through a public private partnership that’s backed by $398 million in tax-exempt bonds.

The bonds received the lowest investment grade rating from Moody’s Investors Service, which cited a heavy reliance on grant funding. The rating was “stable” because of the deep resources, both financial and operational, of Denver’s partners, Moody’s wrote in an analysis.

Click here to read about the public private partnership.

Nonetheless, escalating cost was a key reason “Governing” magazine this month cited the project as one of five major public works projects facing “serious challenges.” Denver’s project was among those the magazine called the “Five in Limbo.”

In Atlanta, the campaign message may eventually be that the proposed transportation sales tax will end – by state law – whenever it raises its targeted sum, or in a decade, whichever comes first.

However, scant mention has been made so far of the likelihood of an effort extend the tax beyond 2022. Yet a call to extend the sales tax is almost a foregone conclusion because more money will be needed to build projects that receive money only for planning in the first round of the proposed tax, according to some of the elected officials who served on the Atlanta Regional Roundtable, which assembled the tax-and-construction package.

In Denver, FasTracks officials have said the tax rate must be doubled to finish the transit system on time. The vote in 2004 was to implement a 0.4 percent sales tax, and the proposal would take the rate to 0.8 percent.

Without the tax hike, two additional decades will pass before the system is complete, Denver transit officials have said. The plan in 2004 was to finish in 20 years; the current tax rate is projected to see the job done in 2042.

However, voter support for Denver’s FasTracks program is deemed to be so low that a proposal to double the sales tax to pay for the program was deferred last year and likely will be pushed off this year.

“We keep hearing that this is not a good year to go for a tax increase,” FasTracks spokeswoman, Pauletta Tonilas, said Monday.

“The Regional Transportation District makes the decision, but it has an awful lot of regional partners who gauge the temperament of voters, and they feel the indications are this is not a favorable year for a tax increase.”