A conceptual illustration of the Alexan Edgewood project on Edgewood Avenue showing existing commercial buildings preserved with a larger apartment structure rising behind it, as shown in a City filing.

A massive mixed-use project in the Old Fourth Ward would remake an entire block of Edgewood Avenue but keep the historic buildings that house the Thumbs Up Diner and the Ammazza pizza restaurant. 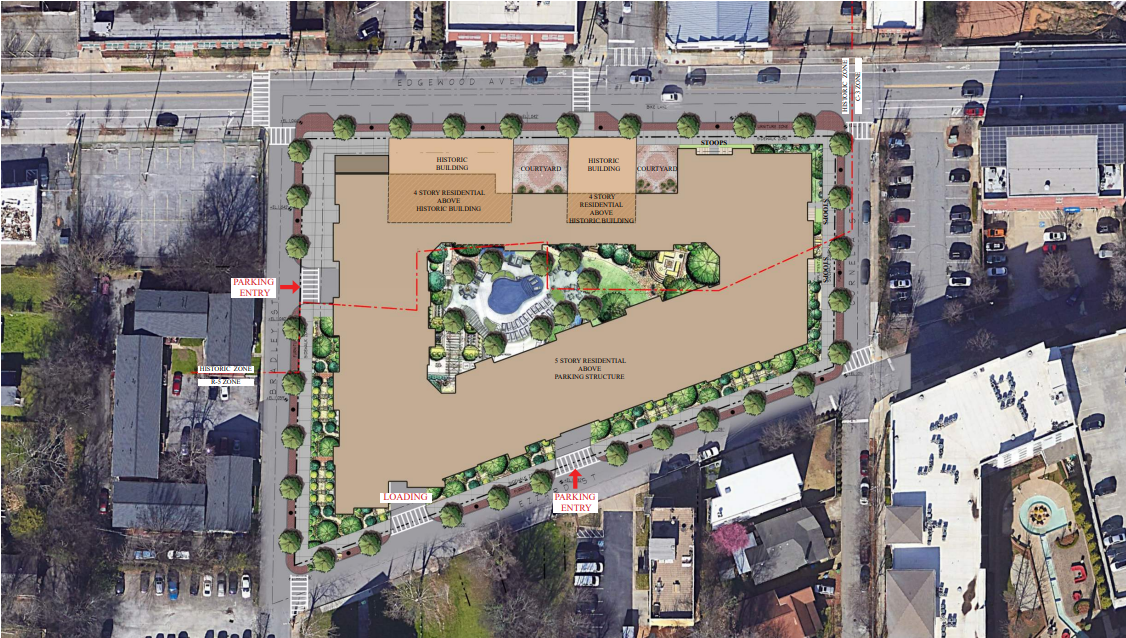 A site plan of the Alexan Edgewood as seen in the City filing. Edgewood Avenue is at the top.

The “Alexan Edgewood” project is proposed by Trammell Crow Residential for the roughly 2-acre block at 573-581, 591 and 593 Edgewood between Bradley and Cornelia streets. Its rear would face Ezzard Street, where neighbors across the street include the Dad’s Garage theater.

Roughly the front half of the property is within the City’s Martin Luther King Jr. Landmark District and the plans call for saving the entire commercial buildings dating to 1930 at 573-581, which houses the diner, and 591, which houses the pizza restaurant. It is unclear from plans filed with the City if those businesses would remain as tenants. The developers and the businesses did not immediately respond to comment requests. The building at 591, which dates to the 1990s and has housed a salon and an apothecary, would be demolished.

“The Atlanta Preservation Center is monitoring this [project] and is very excited about its progress,” said David Yoakley Mitchell, executive director of that nonprofit. 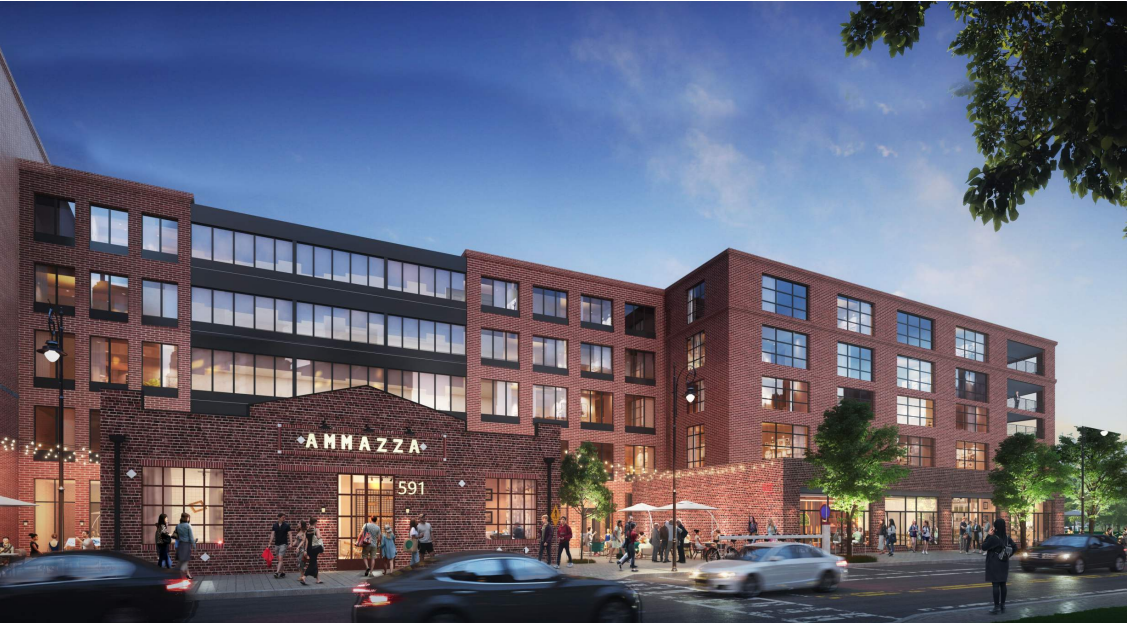 Another conceptual illustration of the Alexan Edgewood from the City filing.

The residential part includes 230 rental units. The property sits about two blocks west of the Atlanta BeltLine, which puts it within a zoning overlay that requires an inclusionary zoning affordable housing element. The City filing says 15 percent of the units would be priced as affordable to households making 80 percent or less of the area median income, which is essentially middle-income status.

The plan calls for 322 parking spaces, mostly in a deck and 13 on the street.

The project would include office space as well. Roughly half of the current block is surface parking or vacant space.

The project would require significant zoning changes. The entire site would require rezoning to a mixed-use category. The filing also says a zoning variation would be needed for the new building’s height, which exceeds a limit in the landmark district.

The filing says the project is expected to go before the Atlanta Urban Design Commission, which reviews changes to buildings in landmark districts, on Sept. 28. A Zoning Review Board hearing is expected sometime in November.