‘Money Monster’ has everything going for it, still goes wrong 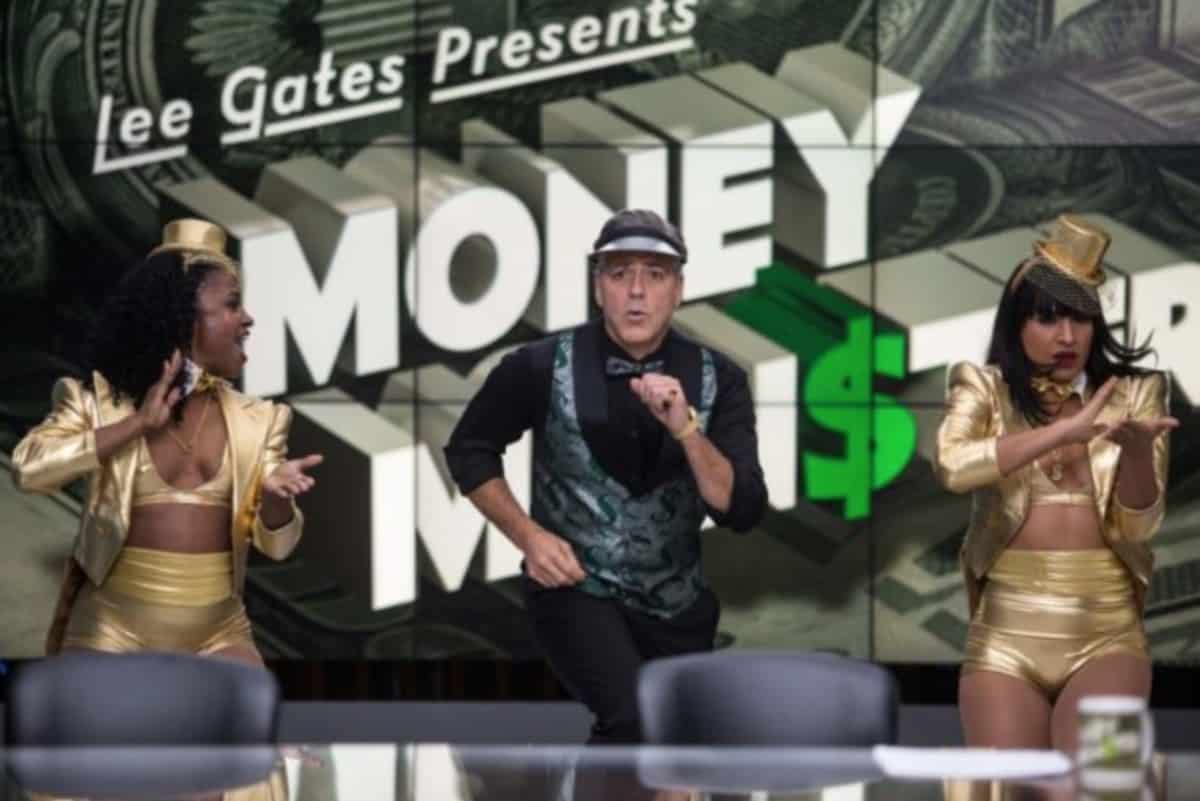 Though it centers on a hostage crisis in New York City, “Money Monster” is no “Dog Day Afternoon.” 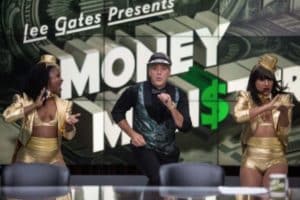 George Clooney’s character delivers his reports on the market wearing a dollar-sign-spangled vest and accompanied by back-up dancers. Credit: fatmovieguy.com

This is one of those inexplicable movies with all the right ingredients – cast, director, plot – that nonetheless goes wrong almost from the get-go.

The compact set-up is elevator-pitch perfect. Lee Gates (George Clooney) is the fatuous host of a cable TV show called “Money Monster,” during which he dispenses stock tips (“Mad Money’s Jim Cramer is the presumed model). Gates often does this dressed in a dollar-sign-spangled vest, accompanied by back-up dancers. Though he’s ostensibly talking about serious stuff like stocks and Wall Street, he is not – you understand – to be taken entirely seriously.

But sometimes, some rube out there does. In this case, it’s Kyle Budwell (Jack O’Connell), a dem’s ‘n d’ose deliveryman from Queens. He shows up while “Money Monster” is on air. He’s got a gun. And a grievance. He followed Lee’s advice and lost all his savings on something called Ibis (sounds just enough like Isis to give us that ooooh … shady feel.)

Forcing Lee to don a vest loaded with explosives, Kyle insists the cameras stay on.  He wants an explanation. Back in her command post in the semi-dark control room, the show’s director, Patty Fenn (Julia Roberts), can only comply.

And so we are off and … well, not really running (not yet). Echoing the symbiotic director/anchor relationship so brilliantly portrayed by Holly Hunter and William Hurt in “Broadcast News,” Lee and Patty work together to keep Kyle calm – and the studio in one piece.

Hostage situations have traditionally been one of the most movie-friendly scenarios around, be it the aforementioned Pacino hit from the mid-‘70s, “The Petrified Forest” from the 1930s or (wince) “Argo” from 2013. There’s something surefire in the set-up and the surrounding tension. But “Money Monster” even botches this. As we already know from the trailers, Patty orders all personnel out of the building, which narrows the focus to Lee, Kyle, herself and an intrepid cameraman named Lenny (Lenny Venito).

Why keep Lenny around? Because “Money Monster” is gonna take it to the streets (thus a cameraman is needed to provide the feed). The real villain here isn’t Lee or Patty or Kyle or even basic cable. It’s those greedy Wall Street bosses – in this case, Ibis’s globetrotting Trump-ish CEO, Walt Camby (Dominic West).  (An aside: How bold of Hollywood to make this movie only 8 years after the market went south and just about nobody went to jail). 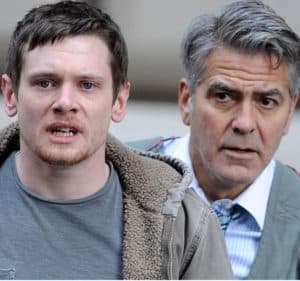 Actors George Clooney and Jack O’Connell may have wanted to give audiences a summer blockbuster without a superhero, but ‘Money Monster’ isn’t it. Credit: altfg.com

Anyway, calling on the hackers of the world to unite, Patty tracks Camby to his lair (May I please take a moment to note this shameless pandering to the Mighty Millennial?). Then she, Lee, Kyle and, yes, Lenny the cameraman, hotfoot it downtown to see justice done. They are surrounded, of course, by cheering crowds (and other news organizations). It’s Mr. Gates Goes to Wall Street.

Actually, the movie’s best bit is a snarky rebuke to all those wonderful Frank Capra moments known, collectively – and affectionately – as Capra-corn. Lee makes an on-air plea to his audience: Please, please buy Ibis stock right now so the price will go up, Kyle will be mollified and his (Lee’s) life will be saved.

It doesn’t work out. Instead, the stock drops.

Alas, just about all of “Money Monster” doesn’t work. And I hate saying this because, along with the stars (who apparently really do want to make something for summer audiences that doesn’t feature a superhero), the director is Jodie Foster, one of the best … well, just one of the best.

There is nothing on screen to suggest her exquisite smarts or her unerring screen savvy. Though she’s not as remarkable a director as she is an actor, her previous efforts, “Little Man Tate” and “Home for the Holidays,’ are certainly good pictures. But then, one does have to factor in “The Beaver,” the unfortunate movie she made with Mel Gibson – more as a gesture of loyalty to her close friend, who was in deep career doo-doo, than anything else.

Speaking of Gibson, in an odd way, “Money Monster” feels like a script that may have crossed his desk a decade or more ago – with Foster in Roberts role and Gibson doing the Clooney part. I can almost see it. And I can almost bet it would’ve been a better picture.