The porch of the “Cherub House” at 731 Lawton St. in the West End. (Credit: Kelly Jordan)

In the Historic West End, they call the 120-year-old home at 731 Lawton St. the “Cherub House” for the winged face decorating its neoclassical porch. It’s a unique historic building, but the historic challenge it’s facing is all too common: crumbling conditions unchecked for years that finally come to City preservationists’ review when it’s at least partly too late.

Despite its location in an official historic district, only after years of local complaints and Code Enforcement actions about such conditions as a collapsed roof did the Cherub House come before the City body that rules over alterations and demolitions of such buildings. The Atlanta Urban Design Commission in April authorized a new owner to partly demolish the house with the hopes of saving the porch in a largely rebuilt version. But a vote on that new plan has been deferred by AUDC for months amid myriad questions about historic appropriateness and alternatives. (The current owner/applicant listed in City records, Asheerah Jordania Williams, did not respond to a comment request.)

Similar stories of so-called demolition by neglect and its challenges follow other Atlanta sites ranging from a Cabbagetown gas station to the former English Avenue Elementary School. As in other communities, the situation has West End residents thinking about how a tougher law might help. The Atlanta Department of City Planning admits it’s behind other cities on modern preservation ordinances and is working to catch up.

But the City is also ahead of many others on what preservationists say is at least as important: expanding the idea of what’s “historic” and being more proactive and collaborative about saving it. Classic preservation is about saving a piece of architecture. In today’s nationwide trend, it’s about seeing a city as a story we are all telling each other. And it’s about allying with advocates of other reasons to preserve places, from environmentalism to affordability to business attraction.

Last year, the City hopped on the bandwagon with its “Future Places Project,” a recommendation for historic preservation changes that deliberately does not use the term in its title and promotions. Doug Young, head of the City’s Historic Preservation Studio, says it’s an attempt “to sort of reframe the conversation about historic preservation.” Saving buildings for physical aspects like architectural beauty is important, he says, “but what really gives them value in most people’s eyes, I would say, is that they are vessels or a container for a story, a snippet of the city’s history, or part of a theme of the city’s history.”

“Keeping Atlanta authentic and keeping its identity, which is not necessarily just about physicality, is critical to keeping Atlanta successful,” said Young, describing an economic development rationale. “Folks are interested in being places that are authentic and are themselves, I guess.”

Proactively identifying sites of underrepresented history, like that of Black and LGBTQ culture, are among the programs where the City is ahead of the curve, in part thanks to agitation by the nonprofit Historic Atlanta, Inc., whose board chair co-authored the Future Places Project report. The report also suggested small but important tools that have already been carried out, like hiring a historic preservation inspector who will look for issues with buildings in historic districts and collaborate sooner with Code Enforcement — a partial solution to the Cherub House scenario.

What about tougher codes? The Future Places Project recommended some of those, too, though they haven’t gone anywhere yet. One of the biggest is an automatic City review of demolition of any structure aged 40 or older, regardless of whether it’s in a historic district. Boston, Massachusetts, one of America’s most historic cities, has a similar code with a 50-and-up threshold and the ability for the City to impose a 90-day “demolition delay” to consider alternatives. 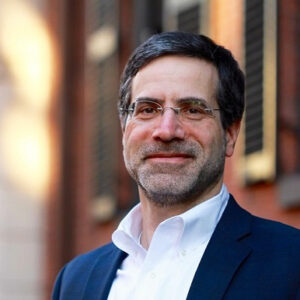 I asked Greg Galer, executive director of the nonprofit Boston Preservation Alliance, how demolition delay is going up there, expecting to hear tales of monumental wins against barbarians with bulldozers. Instead, he immediately talked about “frustration” among citizens and the City Council, and the BPA’s recent 15-point plan to reform the code. Galer said to imagine you’re baking in your kitchen and knock some eggs off the counter: most hit the floor, a few you hold for a second before they slip through your greasy fingers, and, very rarely, you catch one and save it.

Boston’s preservation practices are full of loopholes and lack of coordination with inspectors, too, Galer said, and demolition by neglect is a problem there as it is nationwide. The underlying problem, he said, is that the challenges in preservation are changing, “and our rules haven’t caught up.”

Demolition review in Boston began at a time when communities were constantly surprised by teardowns conducted without notice. “But that problem was solved. … That’s not today’s problem,” Galer said.

In short, says Galer, “there are other reasons to save the building and they should all be considered.” And part of that is questioning the framing of such terms as “demolition delay” or “demolition review.”

Undoing property rights in Georgia might be a wee bit tougher, but the preservation definition is evolving in the other ways he cites. If it’s going to work, it’s going to be more collaborative by nature than the traditional image of the lone crusaders saving mansions from developers, or Code Enforcement racking up fines. David Yoakley Mitchell, executive director of the nonprofit Atlanta Preservation Center, says collaboration is key in situations like the Cherub House or English Avenue Elementary.

“Too many preservation projects are marred or delayed by broken trusts and ongoing suspicions between preservationists and community members,” said Mitchell in a written statement. “Crafting meaningful preservation projects that have buy-in from all stakeholders therefore must involve creating a climate of civility, respect, equality and courage, not fear, impulse, hierarchy and anger.”

Preservationists, he says, “should always defer, first and foremost, to the citizens, community members and neighbors who have been the longtime stewards of these structures and the repositories of their histories.”

In the West End, some Cherub House neighbors would like to see a tougher code, says Kathi Woodcock, a leader of West End Neighborhood Development’s Preservation & Urban Design Committee. Woodcock says committee members suggested levying stiff fines on those who let historic homes fall into disrepair, and like in Decatur, allowing the City to intervene and make repairs itself. But they also talk about collaboration. The fines, they suggest, should target non-resident investor-owners and be banked “to fund repairs for residents without means, for technical resources, and for preservation support.”

As a local historian who conducted her own research, Woodcock says the Cherub House is important for its unique architecture and its contribution to the Historic West End since 1898, when it was built by South Carolina planter John Whaley and his daughter Sarah, a charter member of the Atlanta Woman’s Club. In today’s broader definitions, its importance might include its contribution to the entire city’s evolving story and to avoiding the environmental waste of demolition.

“Saving buildings is more than just because they’re pretty architecturally or just because someone super famous lived there,” says Galer, the Boston preservationist. “We save buildings for people.”