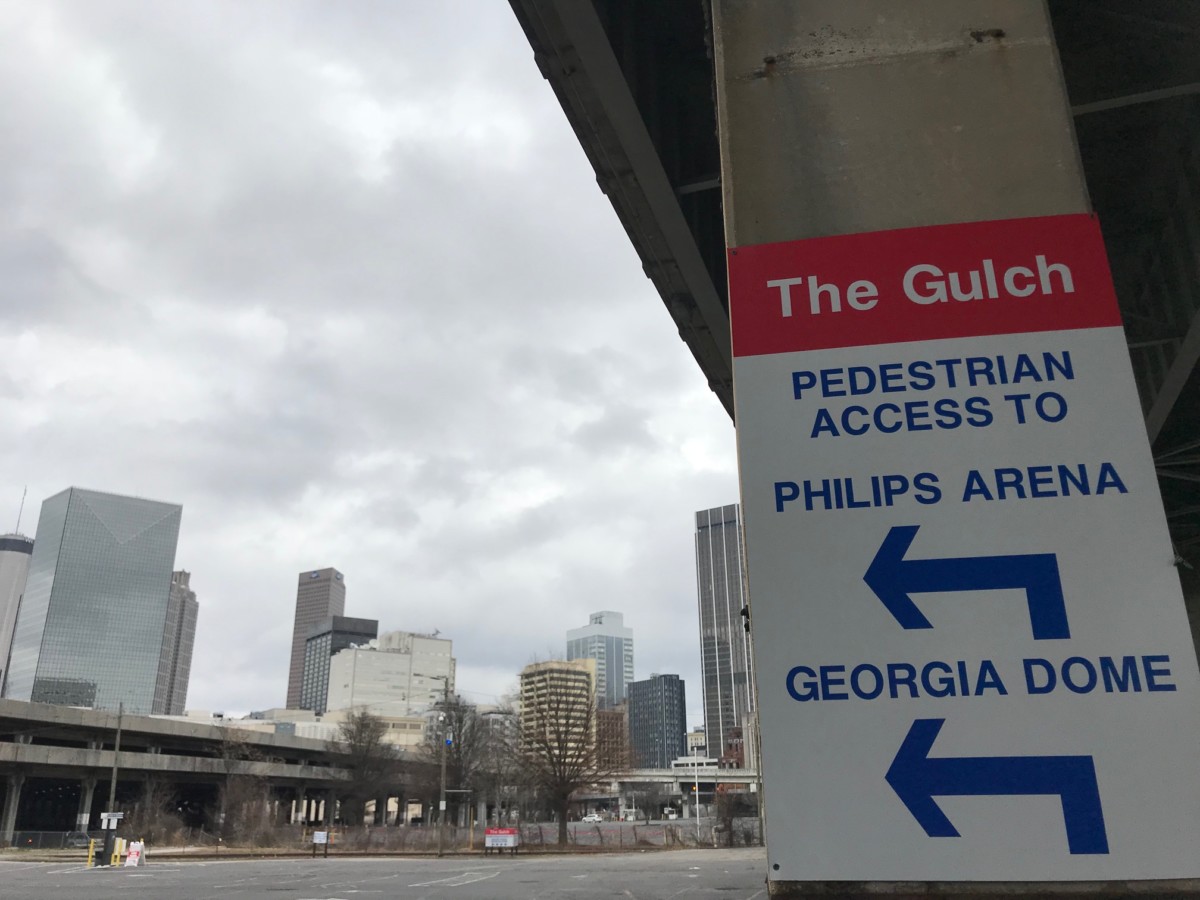 Atlanta Mayor Keisha Lance Bottoms wanted City Council to approve a Gulch redevelopment deal as early as Monday, though she’s backed off that timeline, saying her administration would continue to work with council members. Not everyone on Council seems convinced that the proposed sweet deal for the developer is just as sweet for city residents.

The big picture: A mega-developer, the CIM Group, is assembling land in the Gulch, that big hole Downtown that you see if you look down from the MLK Drive bridge near State Farm Arena. It’s mostly parking lots. CIM is pitching something like a mini-Atlantic Station there: shops, apartments and new private streets. And they want some help paying for what they say could be $5 billion in new construction, if they build big. 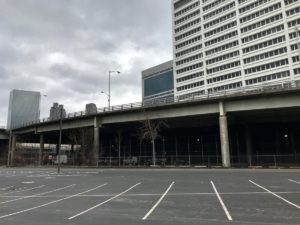 A view of the site where Atlanta’s Terminal Station once stood and was replaced by the Richard B. Russell federal building. Credit: Kelly Jordan

CIM is asking for a deal that would see state and local governments forego up to $1.75 billion in sales and property taxes that would be generated in that zone.

The taxes would get collected, but the money would ultimately go to CIM.

You might say that makes the public a major stakeholder.

This is not an unusual way of doing things: the city regularly sells bonds and uses that money to subsidize developers in areas where not much is going on. When things go right, the idea is to get something going on, some buildings, some shops, and eventually generate taxes and jobs and homes where they’re lacking now.

What’s unusual here is how big the project is, how big the ask is, and the use of a new state law that allows state and local sales taxes (not just property taxes) to be pledged to the deal.

Such deals can put governments in a bind though: while government is foregoing the taxes, or paying off bonds with the taxes, they still have to keep police stations and schools running to serve these newly busy areas. So where does the money come from to pay for that stuff?

And besides that, Atlanta has vacant offices. Is there a need to subsidize such a big new development now?

The backstory: The way City Hall sees it, the Gulch has long been unproductive. Sure, people use it for parking and tailgating. But the big, unlovely hole Downtown generates almost no tax money for the city, the county, the state or schools.

The Gulch is a bit of a complex place to build: it’s got rail lines in it that will remain in service. Some of the air rights are separate from the ground rights. And it’s below street level. CIM proposes starting with a $500 million platform to bring the Gulch up to street grade; buildings would go on top of that.

Besides city approval, this deal needs the OK from Fulton County and Atlanta Public Schools.

Why it matters: This is the most realistic chance in years to rebuild a moribund part of the city — but if it’s realistic, not everyone’s convinced it’s a good offer.

What Council is asking about:

Mayor Keisha Lance Bottoms says this deal is a once-in-a-lifetime opportunity. But details about administration negotiations with CIM had only come out of her office slowly over the last few weeks, until Council got a roughly 600-page packet about it last weekend.

In Council discussions on the Gulch since then, here are some concerns and questions that council members brought up. Expect these issues to come up whenever there’s any vote.

CIM promises $2 million for job training citywide, as one public benefit. Councilwoman Joyce Sheperd wants to know how it will be rolled out, where the money will be spent, where are the checks and balances, where’s the accountability and who makes decisions in the program. She’s been disappointed with some company-promised job training programs not working out for her community.

Alvin Kendall, counsel speaking for the administration, said a program is being set up with several large employers like Home Depot and UPS. Those employers have agreed provide both money to train people and jobs to employ them, Kendall said. But no detailed answer to Sheperd’s question was given at a Thursday work session.

For decades, there’s been talk of building a rail terminal in the Gulch, about like the idea of the old station that served Atlanta during a large part of the 20th century. Several council members have asked aloud if rail platforms or a station or space for them are part of CIM’s plan.

It’s not part of their design, company reps have said, but their design doesn’t preclude it either.

Developers are promising jobs, 15,000 to 18,000 construction jobs. But pushed a bit by Councilman Amir Farokhi, administration officials clarified that that’s jobs over the lifetime of a project that will take years to build. On an annual basis, it’s more like 1,500 to 1,800 jobs per year. There’s not going to be hiring of any 15,000 to 18,000 people for construction at once.

There would of course be permanent jobs on the site afterward: working in shops, offices and the like. But that number depends heavily on how much CIM builds. Their plans range from one million to nine million square feet of office space. And not all of those jobs may be “new.” Some may be relocations from other parts of the city.

Atlanta’s grappling with the disappearance of affordable housing — places where you don’t have to make bank to make the rent. Several council members have asked for what the guarantees here would be. Here’s what’s in the development agreement on that:

20 percent of units to be priced such that a family of three making about $54,000 could afford it. That would translate to rent of about $1,347 for a two-bedroom apartment.

10 percent of units priced such that a family of three making about $21,000 could afford it. That translates to renting a two-bedroom for about $520 a month.

Those numbers come from a federal calculation that changes every year; so the numbers would be something different by the time anything is built in the Gulch. (More details on the rents and incomes are in Exhibit F of this large document.)

If it were at Lenox Mall, $4 of that would go to the state and $1 would go to Fulton County, to be shared out among its cities.

If it were at a Gulch shop, that $5 would go to offset CIM’s costs.

(In both cases, the other $3.90 is unchanged: it goes to MARTA, schools, transportation, water and sewer works.)

In the Gulch, CIM would do a lot of the public works that the city normally does: they would build, own and look after what would be private streets, for example. So while the city would forego some taxes, the area wouldn’t contain some of the things that are costly to the public purse, like public roads. Farokhi asked for a side-by-side comparison of costs the city would have to pay and costs the city would get to skip.

He also asked if the development’s streets would be open to protesters. After all, it’s on a good march route from the Center for Civil and Human Rights to the state Capitol; and it will be publicly funded in part.

None of the administration officials had an answer about protester access ready but they promised to discuss it.

Update: The first paragraph of this story has been updated to reflect the fact that the mayor did not pursue a vote on Monday.