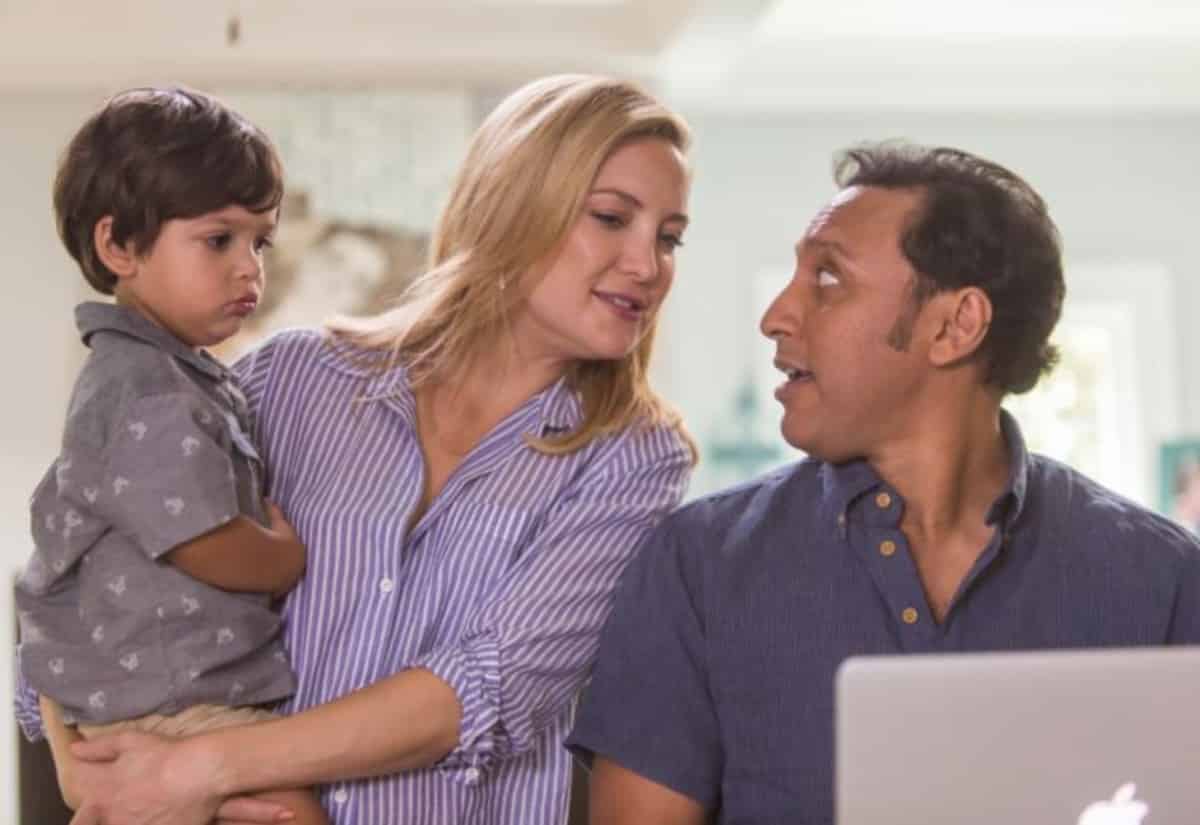 Moms of every shape, size, and soap-opera lineage run amok in this insultingly simple-minded tribute to the holiday made in Hallmark heaven. 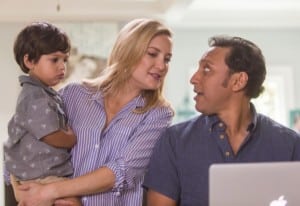 The marriage portrayed by Kate Hudson and Aasif Mandvi may have been a provocative topic in 1986, but less so today. Credit: catholicphilly.com

Let’s line ‘em up. Jennifer Anniston dithers – to her credit, sometimes adorably – as a divorced mom whose relationship with her ex (Timothy Olyphant) is threatened when he hooks up with a trophy bride about half his age.

Kate Hudson and Sarah Chalke play sisters with matrimonial secrets they’re reluctant to share with their Hicksville parents (poor, dear Margo Martindale and Robert Pine). Said secrets – one is married to an Indian man and the other to a lesbian – are what this picture considers cutting edge material, i.e., something that might’ve seemed provocative in 1986. Not that sexism and racism aren’t still around, but the film’s approach is about as fresh as a Pauly Shore picture.

Jason Sudeikis mopes about rather sweetly as a Mr. Mom whose wife (Jennifer Garner) was killed in Afghanistan. And Britt Robertson bores us silly as a bartender who keeps turning down proposals from the stand-up comic who fathered their child. Her hang-up? Not that his material sucks – which it does – but she’s adopted. No, really; that’s the “problem.” 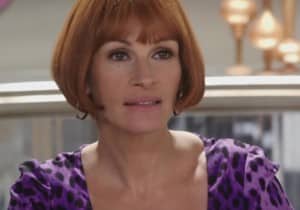 Julia Roberts has repaid her debt to Garry Marshall for launching her career. No more, please. Credit: homorrazi.com

Finally, there’s Julia Roberts, in perhaps the worst wig of this century, as an imperious QVC Queen whose specialty is a collection of mood-ring pendants. She is, natch, childless.  Or is she?

The grim predictability with which all these cut-and-paste plotlines are worked out is only excelled by the picture’s self-congratulatory, aren’t-we-cutting-edge?? tone. A lesbian couple!  A mommy killed in action! A bitchy, self-absorbed career woman!

Marshall wasn’t always a knee-jerk jerk.  Back in the 1980s, he made some very good movies – like “The Flamingo Kid” and “Nothing in Common.” Further, pick at “Pretty Woman” all you like; it’s still a stellar example of its genre.

So kudos, I guess, to Roberts for standing by her man i.e., the man who handed her a career. But please, let’s consider the debt paid.  Her fans can’t take another one like this – and neither can her career.