Atlanta’s Music Midtown concert festival has been canceled without explanation amid rumors — which promoters have not denied — that state law preventing it from banning guns was causing legal problems.

Regardless, the situation has fully opened a legal can of worms that could affect other concerts and events in public parks, such as the Shaky Knees festival. The core issue is the legal right to carry firearms on public land. The gun rights activist who complained about Music Midtown’s weapons ban earlier this year already notched a victory in forcing the removal of a similar ban at another public-park venue, the Home Depot Backyard outside Mercedes-Benz Stadium. 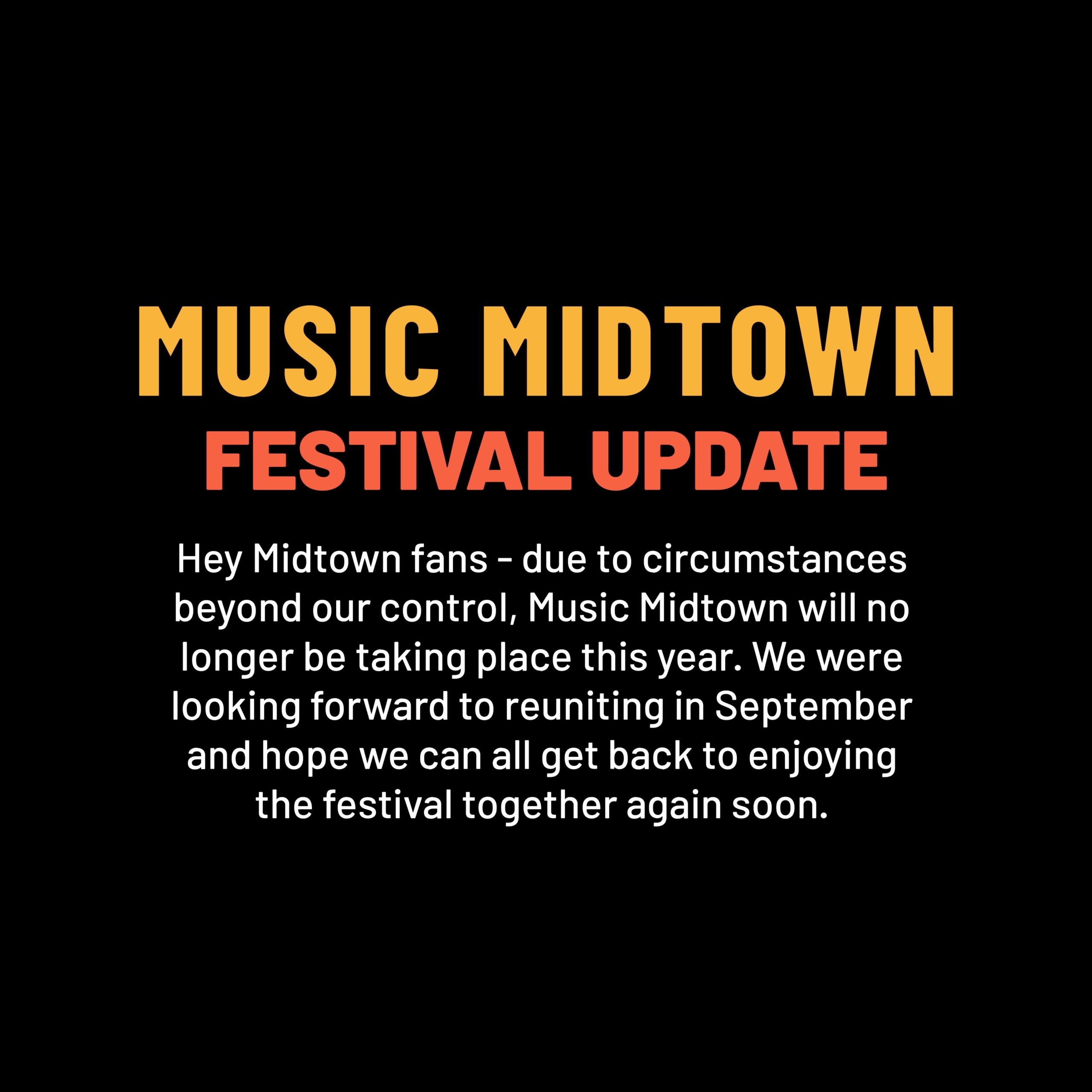 A decade-old annual event that draws tens of thousands of fans, Music Midtown was scheduled to hold its 2022 edition in September at Piedmont Park with such major national and local acts as My Chemical Romance, Future, Jack White and Fall Out Boy. The festival was still promoting itself in social media updates as recently as July 25. But on Aug. 1, it abruptly announced the cancellation, with ticket refunds to be automatically processed.

“Hey Midtown fans — due to circumstances beyond our control, Music Midtown will no longer be taking place this year,” the brief cancellation statement said. “We were looking forward to reuniting in September and hope we can all get back to enjoying the festival together again soon.”

Promoters Peter Conlon and Live Nation did not respond to comment requests about those “circumstances.” Last week, Conlon told SaportaReport that the statement was in the works and would not confirm or deny that it would involve a cancellation related to the gun law.

Rolling Stone magazine reported that it confirmed the gun law was the reason for the cancellation, citing “sources who worked with the festival.” Local journalist George Chidi first reported the cancellation rumors last week, citing a source he said owns private property that the festival sought to move to as a way of avoiding the gun law, which applies only on public property. Chidi reported that it was a major issue for the festival because some musicians’ contracts forbid weapons at shows, but Conlon directly denied that aspect in the SaportaReport interview last week.

Phillip Evans, the activist who raised the gun law issue, lives in Monroe County, about 50 miles outside Atlanta. On his blog Pursuit of Patriotism the day of the cancellation, he wrote a response based on Chidi’s reporting. “If we little folks have to follow state law, the big wigs with the big pockets have to follow it also — particularly in a city with as much crime as Atlanta, which clearly warrants being armed at all times for your protection from criminals,” Evans wrote.

Evans later told SaportaReport, as the specific impact of the gun issue remained unclear, “Of course, I’m disappointed they cancelled if that was the case.” He noted that some other concerts are held in parks that allow guns and that Midtown Music simply had to do the same.

“It’s always honorable to hold up the standard of law, especially when that law protects our human right of self-preservation wherever we go,” Evans added. “Blacks suffer from criminal attacks at a higher rate than Whites, and my fellow Georgians who are Black have the right to carry their guns, even at concerts on public property. And all women have the right to keep themselves armed and safe as well. I will fight for all of my fellow citizens’ right to protect themselves and their loved ones.”

He also noted the situation raises the question of firearms bans at other events and venues around town.

Whether the gun issue played all, none or some of a role in the Music Midtown cancellation, Evans is surely correct about the potential scope of legal issues. As SaportaReport has reported several times since January, the issue of firearms bans at events on public land is a looming legal and political issue for Atlanta.

The issue is the culmination of several conservative expansions of gun rights in Georgia law. In 2014, a state law dubbed “guns everywhere” by critics broadly allowed the carrying of firearms on public land by properly permitted people, with some exceptions. A “Constitutional carry” law passed this year with Gov. Brian Kemp’s backing removed the requirement for a permit for any such gun-carrying. And while Georgia law for decades banned firearms at “public gatherings” like festivals, a 2010 reform wiped that off the books.

The 2014 expansion of gun-carrying opened the legal question of when and how the law applies to private events and institutions on publicly owned land. Broadly speaking, governments cannot ban guns from public land, while owners or tenants can ban guns from private property.

That same year, Evans sought to clarify the law by deliberately challenging a gun ban at the Atlanta Botanical Garden, a major private institution that occupies a large section of Piedmont Park under a long-term lease with the City of Atlanta. After a lengthy court battle, the Garden this year prevailed. The key ruling was a 2019 Supreme Court of Georgia decision in the case that distinguished the gun banning abilities of long-term and short-term private tenants on public land. The decision said that guns can be banned by tenants like the Garden that have long-term leases and some property rights powers, such as the ability to construct buildings on the site. But short-term tenants with no such powers, such as weekend concert festivals, cannot ban guns.

In short, while Evans lost the right to carry guns in the Garden, he and other gun owners gained grounds for challenging firearms bans at Music Midtown and other events in public parks. And Evans began doing that immediately, issuing complaint letters to government officials and promoters about Music Midtown and the Home Depot Backyard. In recent months, the Georgia World Congress Center, which operates the Backyard, lifted the firearms and weapons ban there. Evans also has discussed challenging the weapons ban at the Cadence Bank Amphitheatre in Buckhead’s Chastain Park, another Live Nation venue, but that has a long-term lease that could complicate the issue.

The City of Atlanta has not responded to previous questions about Evans’ challenges and the legal status of such events and did not have immediate comment on the Music Midtown cancellation. The Shaky Knees Music Festival, held annually in May in Old Fourth Ward’s Central Park, also bans weapons and shares the same publicist as Music Midtown; the publicist did not respond to questions about either festival.

In any case, the law does not automatically prevent an event from happening if it conflicts with gun rights, according to John Monroe, an attorney with the gun advocacy group GA2A (formerly GeorgiaCarry.org) who represented Evans in the Garden case but is not involved in his other, informal challenges. Monroe said someone like Evans would have to sue the event organizer and seek a court order.

After lifting its gun and weapons ban, the Backyard has continued to hold events. And concerts take place in at least several other metro venues without weapons bans. One is Brookhaven’s annual Cherry Blossom Festival, which draws thousands of people to a weekend of free concerts by national acts in a public park.

“We have been living with the issues [Music Midtown] is now having to deal with since I have been here,” said Brookhaven Mayor John Ernst, who has been in office for over six years. “…We have never been able to limit guns at Cherry Blossom because of state law.”

Ernst said he thought a ticketed event might be able to ban guns, but Monroe said that the use of tickets is irrelevant to the gun-carrying right.

If the gun issue did force a last-minute cancellation for Music Midtown, it follows years of court decisions and over six months of SaportaReport coverage of Evans’ behind-the-scenes activism. “Live Nation may try to blame Georgia Carry [now GA2A] or me for their woes,” wrote Evans on his blog, “but… the law was passed in 2014 and clarified in 2019, so crying about state law in 2022 would look rather childish if they did so. But queue the violins!”

While the gun law issue is now gaining public attention in local and national media thanks to the Music Midtown situation, Monroe says there’s not a lot of new policy-making to do for other events.

“I am not sure that governments should be doing anything,” Monroe said. “It really is on the private entities that lease the public space to know what the law requires and forbids. There is a law, however, that would give damages and attorney’s fees in a case against a city or county, so a risk-averse government might want to put in its lease agreements that guns cannot be banned.”

Meanwhile, Evans is still reading weapons policies at venues. “Who knows?” he said in a phone interview. “This may impact what Live Nation is doing at other venues, such as Chastain Park down in Atlanta.”

Update: This story has been updated with further comment from Evans.