“Buckhead cityhood effort does not seem to cause hike in Atlanta’s borrowing costs,” reported a Dec. 20 article by the “Saporta Report’s” David Pendered. 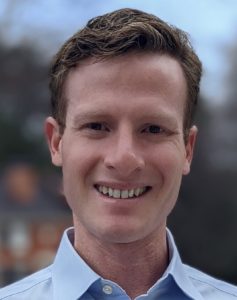 This headline was based on a single point-in-time comparison between recent sales of government bonds by the City of Atlanta and Bexar County (San Antonio, TX).

This comparison, however, is absurd. Comparing two bond sales in different states (with correspondingly dissimilar statutes governing municipal debt) is like comparing the quality of a single apple at Publix with a randomly selected banana at Kroger.

Not only are the technical details of bonds between the two governments different, cherry-picking a single data point of another bond issuance within a $4 trillion U.S. bond market is meaningless.

My analysis indicates that capital markets eagerly snapped up Atlanta’s sale of municipal debt on December 15, 2021. I noted that one of those issuances sold at a slightly higher cost than a comparable debt sale in June 2021, using a spread calculated from an index of AAA municipal bonds transactions on those sale dates and respective maturities.

While that statistic supports our argument that Buckhead City is bad news for future municipal bond issuances in Georgia, there are deeper and more troubling concerns that the Dec. 15th data does not explain: the threat of deteriorating credit quality for all Georgia cities.

If secession is allowed, tax bases may become “unstable,” impacting pricing for all Georgia cities as the tax base is the debt collateral.

The work of determining the ability of a city to repay its debt (the “rating”) is outsourced to bond rating firms, such as Moody’s, S&P, and Fitch.

The lower the rating, the less likely a municipality will repay its debt and thus investors will demand compensation for that risk in the form of higher debt costs to a city.

Typically, credit rating agencies assume that cities’ boundaries expand through annexation to increase their tax base – not the opposite.

Credit rating agencies also consider statutory and legal environments. Allowing cities to split and secede is not a confidence-boosting measure.

Buckhead’s threats of secession from Atlanta creates uncertainty and increases the risk of expensive and drawn out litigation: two factors that cause investors to second-guess the risk of buying municipal debt.

As of June 30, the City of Atlanta (excluding the airport and watershed department) reported $1.1 billion of long-term debt, compared with $1.1 billion of fiscal year revenue.

Where does the other half go? To fund the police and fire departments, public works, and other essential services.

What happens when the current low-interest-rate environment, high investor demand for municipal debt, and a well-performing and stable property tax base flips?

For Atlanta, as the cost of new debt increases from higher credit risk, it means that the finely tuned balance of property taxes funding debt service and essential services starts to unravel.

For a hypothetical Buckhead City, that also means tough decisions as it has to take its share of property taxes to fund essential services and its legal responsibilities to pay debt service on “old” City of Atlanta debt and “new” debt incurred.

For other cities in Georgia, it means that credit rating agencies will be wondering if politically-motivated secession will spread across the state.

In economics, there is a saying that when the tide goes out, we get to see who is swimming naked. When the tide is high, problems underneath the waters of capital markets are overlooked.

For Atlanta and Buckhead, when our tide recedes, credit rating agencies and investors will see the mess that reckless and irresponsible legislation, “plans,” and statements have wrought.

The consequences for Atlanta, a hypothetical Buckhead City, and other municipalities in Georgia, may not be immediately apparent in market data, but when clouds, wind, and rain appear on the economic horizon, all of us in Georgia will be shivering.