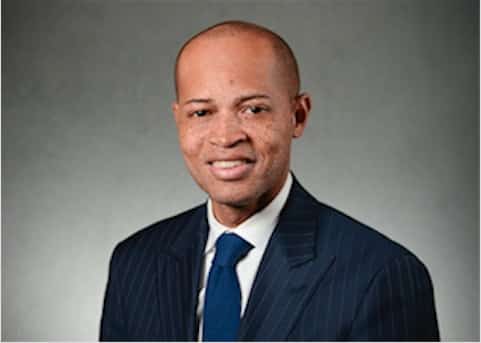 The new chair of the board that oversees Atlanta’s housing authority says he wants to work with more partners in development, business and education to improve the city’s affordable housing stock.

Robert Rumley comes from Vine City and is a graduate of Morehouse College and Georgia State University. Mayor Kasim Reed nominated the professional financial advisor to the AHA Board of Commissioners in 2015; and that board voted him its chair in July 2017. The board is responsible for policy, fiscal management, and the appointment of the agency’s president and chief executive officer. 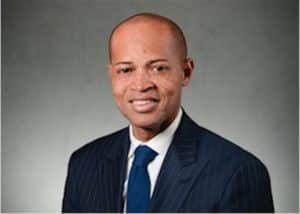 Robert Rumley, chairman of the Atlanta Housing Authority Board of Commissioners. Credit: AHA

The AHA itself runs several programs meant to help get affordable housing built and to get Atlantans into affordable homes. It also administers the city’s Housing Choice Voucher program, commonly known their former name, Section 8.

Affordable housing — or the lack thereof — is one of the biggest issues in this year’s mayoral race and Reed has said the region is losing 15,000 affordable housing units over the next decade.

Saporta Report: How and why did you first want to get involved with the housing authority?

Robert Rumley: It wasn’t really on my radar until the mayor asked me to serve, but it couldn’t have been a better-suited request that he made of me. I grew up in affordable housing here in Atlanta, in the Vine City community. My unique experience speaks to all that’s good about affordable housing. Through my mother’s choice to live where we were living, she was able to pay for Catholic school education, she was able to provide me access to resources and experiences that … maybe if 60 to 70 percent of her income was taken up by paying for housing, we would not have been able to afford those opportunities

I personally have seen being in affordable housing and cycling out, if you will. Through my educational opportunities, I’ve been able to go on and be somewhat successful professionally and be given the opportunity to serve in this capacity.

SR: What do you mean by affordable housing, were y’all AHA clients?

RR: We were in a privately owned affordable housing complex that was actually owned by Friendship Baptist Church on Northside Drive. So it sat between what was Herndon Homes and what was known as University Homes … one of the things I joke with my mom about is that it had to have been affordable because no one was going to put a market rate property in between those two operations. A lot of teachers, AUC teachers lived over there, students would live over there, people who had cycled out of AHA-owned properties lived over there.

SR: We’ve seen lots of data about the lack of affordable housing in Atlanta. We’ve seen some figures about losing thousands of units.

RR: Fifteen thousand is what I read. 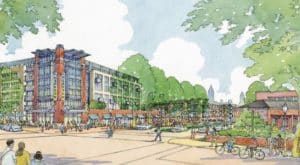 And I think that one of the visions and goals that I have for my tenure is to reestablish us as sort of the thought leader and the product leader as far as affordable housing. Not only in the southeast but across the country. Of course Atlanta Housing Authority has been seen as an innovator with some of the work we’ve done, that we did in the 90s. I think there are other aspects we can bring into the conversation that will further innovate: education, maybe establishing relationships with the business community to bring jobs in and around some of the developments that we have. I think that the work we’re doing at Englewood [a proposed mixed-use mixed-income development on Englewood Drive; AHA has published a request for qualifications] and over in … what is formerly Herndon Homes property [where AHA has already chosen a developer for the mixed-income development by the new Mercedes-Benz Stadium], could speak to some of the progress that we’re looking to make in the city.

SR: You’re talking a lot about engagement here, new partners, business, education, sort of knitting all these groups together it sounds like, as AHA allies?

SR: What’s the agency doing well? What, when you look at it, would you say ‘this is what we’re leading in?’

RR: You know one of the things that I think the agency has done very well, which has put us in the position were we are now, is cost-cutting. Our former interim CEO [Joy Fitzgerald] and former chairman Dan Halpern, they did a good job working hand in hand in bringing down cost and leaving me as the new chair a lot of dry powder. We’re looking to put that dry powder to work by, again, being innovators and improving the affordable housing stock in the city.

Look, I see what everyone else sees, which is a dearth of opportunity, if you will, for people that make moderate to low incomes here in the city. We don’t have it all figured out just yet. We have wonderful leadership in [AHA President and CEO] Catherine Buell and I have every confidence that she’s going to get us on the path to pull in the resources that we have, finding the partners, getting us in deals that make sense and that bring affordable housing opportunities to the city.

SR: What could the agency do better?

RR: I think telling our story is something that we could do a lot better. I think that we do a lot of great work. I don’t think everyone fully understands how integral we are in terms of trying to address the housing inequities that were seeing in the city. Every article that I’ve read that talks about the lack of upward mobility from an economic standpoint in the city; there’s no other entity better situated to sort of help change that narrative. And we’re doing that work. We have a lot of wraparound services for our participants, we want to partner with Atlanta Public Schools and we’re engaged in those conversations to improve the lives of the students that are AHA residents. And so these are things that I don’t think the public is really aware of and we can do a better job of telling that story.

SR: What do you want to accomplish as board chair?

RR: One of the things that’s really important to me is … I got a chance to go to a scholarship breakfast [for AHA student residents who received college scholarships] … and I get out to the community a fair amount. What I want to accomplish is more opportunities for our seniors to thrive … [for] our student residents to go off to college and change the dynamic or trajectory of their households. To really be able to look and touch and feel around the city, projects that we put in place, or projects that we developed, that create a sense of home, a sense of place.

SR: That are “amenity-rich?”

RR: I’ve gotten an opportunity to travel a little bit and see what other housing authorities are doing. I think there’s some stuff we can learn from what other authorities are doing, how they have market rate, Section 8, Section 9 [an operating subsidy], all in the same community with amenities: you have restaurants, you have YMCAs. These are some of the things Catherine is thinking through and trying to implement on behalf of the authority and on behalf of the city.

SR: What else should I ask you or what else do you want to tell our readers?