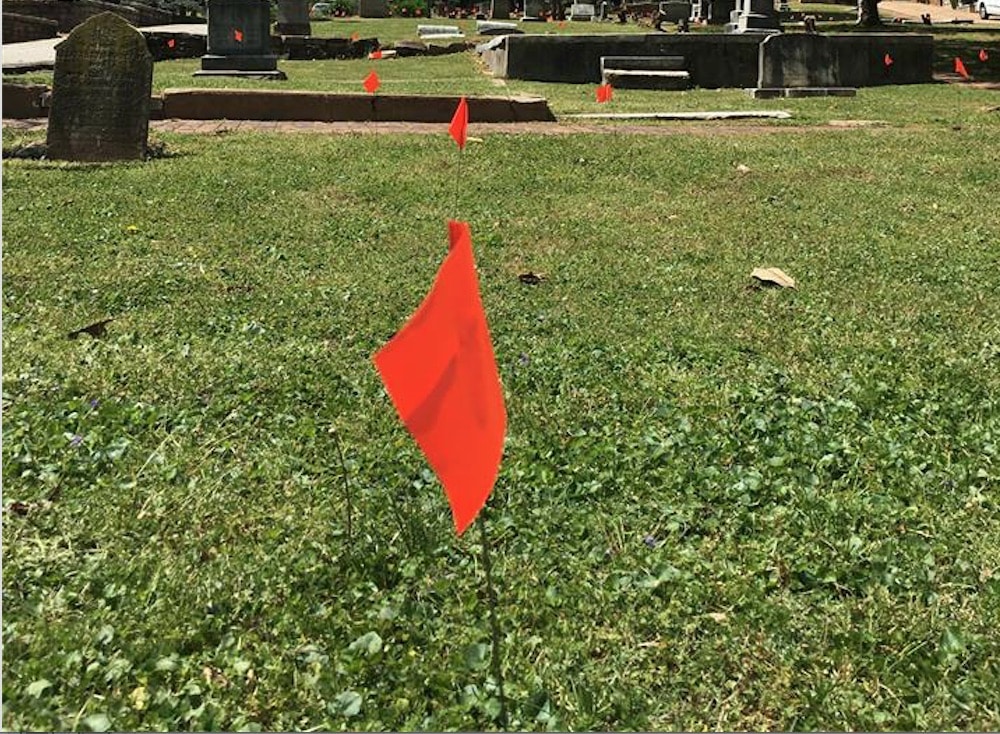 Some 872 probable human remains have been discovered in the African American section of Atlanta’s Oakland Cemetery. Information about upcoming preservation efforts are to be provided Saturday during a Juneteenth program sponsored by the Historic Oakland Foundation. 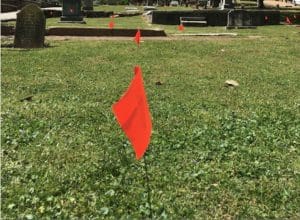 Some 872 probable human remains have been discovered in the African American section of Atlanta’s Oakland Cemetery. A restoration effort is to begin in 2017, following a period of research to be conducted through 2016. Credit: Historic Oakland Foundation

“The power of this protection program at Oakland is that it illustrates just how much is there,” Daniel Bigman, president of Atlanta-based Bigman Geophysical, said in a statement.

Bigman Geophysical surveyed the cemetery’s African American section on behalf of Historic Oakland Foundation. HOF works with the city of Atlanta to restore and preserve the burial ground that was founded in 1850.

HOF is turning to the African American section after recent preservation efforts that included the protection of decaying mausoleums – the signature structures that command such a presence in the city’s historic burial ground. The Juneteenth event is part of the nation recognition of the end of slavery in the Confederate south at the end of the Civil War.

“HOF is spending a large part of 2016 researching and preparing to work in the African-American section next year,” Neale Nickels, HOF’s director of preservation, said in a statement.

“We are gathering community support and interest and hope that in addition to a restoration of the hardscape and landscape, we will be able to add to our already well-rounded educational programming,” Nickels said.

Oakland is home to about 70,000 remains. Former Atlanta Mayor Maynard Jackson is buried there but, unlike Jackson, many African Americans buried years ago rest in graves that are now unmarked.

The graves of African Americans buried in Oakland can be difficult to locate because of the way they were marked, according to HOF.

Headstones and other visual markers were not commonly used. According to HOF, historic African American burial traditions used natural markers that have disappeared over time – wood markers, shrubs and flowers.

Bigman Geophysical’s research process involved the use of ground penetrating radar. The GPR waves are directed into the ground. They reflect back to the surface when they encounter a change in the material beneath the surface, such as a coffin. 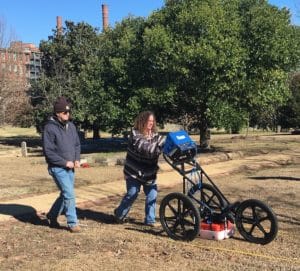 Surveyors placed a flag to mark each spot where a grave was indicated. The location of these flags was uploaded into a Bigman Geophysical database that interpreted results. Results included the identification of some 872 probable unmarked graves.

“We are happy that we could participate in locating over 800 possible unmarked graves and help reclaim the legacy that some of these folks may have lost,” Bigman said.

To spread the word about the results, HOF has planned a Juneteenth program that’s to focus on the cemetery’s African American section.

HOF will provided guided walking tours, access to African American burial grounds research, information about the upcoming restoration efforts and other information that visitors might seek.

Oakland’s Juneteenth program runs Saturday from 10:30 a.m. to 1:30 p.m. at the cemetery located at 248 Oakland Ave., SE. Details of the event from the cemetery’s website include:

In remaking part of Mechanicsville, the future may lie in the past
John Ruch October 25, 2021 6:36 pm