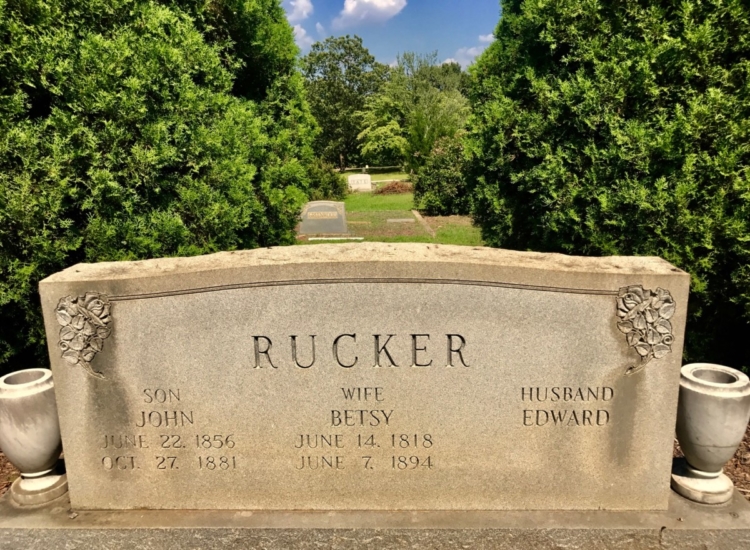 Oakland Cemetery is launching a $1 million fundraising campaign to preserve a tree canopy that has suffered a loss of about 50 percent since 1982. This is the latest push in the cemetery’s ongoing effort to promote and protect trees in the city’s original garden cemetery. 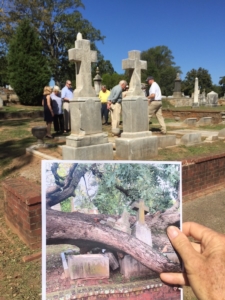 The magestic trees at Oakland Cemetery are both impressive and awe-inspiring, including at those times they fall over and must be removed. Credit: Kelly Jordan

The money raised in the campaign sponsored by Historic Oakland Foundation is to be used to continue to implement the Tree Care Action Plan created in 2012 by Spense Rosenfeld. Rosenfeld was the founder of Arborguard, Inc.

Of note, Rosenfeld died April 1 and a memorial service was held in Oakland Cemetery, according to his obituary. His family asked that, in lieu of flowers, contributions be made to Trees Atlanta, a non-profit citizens group that plants trees and seeks to protect the city’s urban forest.

Oakland Cemetery has lost trees due to drought, climate change, pollution, lightening strikes, old age, diseases, pests and other causes, according to a statement released by the foundation.

These causes are in addition to general damage from storms, such as the devastating tornado strikes in March 2008 that caused extensive damage throughout Downtown Atlanta. That storm alone knocked over more than 100 trees, and damaged hundreds of tombstones, monuments and retaining walls, according to a 10-year memorial posted on Oakland’s website on the anniversary of the storm by David Moore, the cemetery’s executive director.

The recovery effort after that loss included the planting of more than 100 trees.

Today, Oakland Cemetery has about 1,600 trees ranging in age from saplings to venerable trees thought to be close to 200 years old, according to Oakland’s statement.

Species include oaks, which are the cemetery’s namesake, southern magnolias, crape myrtles and dogwoods. Arborists have counted hundreds of species in the 48-acre cemetery, according to the statement. 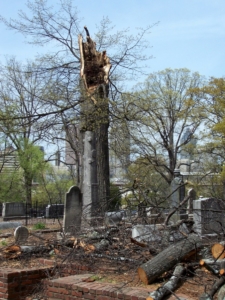 Oakland Cemetery has about 1,600 trees now, compared to about twice that number in 1982. Cemetery officials says trees have fallen victim to the stress of living in an urban forest and other causes. Credit: oaklandcemetery.com

Rosenfeld’s tree care plan calls for trees to receive organic soil therapy, remedial pruning that is to remove weak and damaged limb, support cables to stabilize unsteady trees, lightening protection, and other protocols as needed, according to the statement.

Here’s a description of the care plan and how it’s been implemented in the past, according to a 2014 report by Sara Henderson, director of gardens for Historic Oakland Foundation: 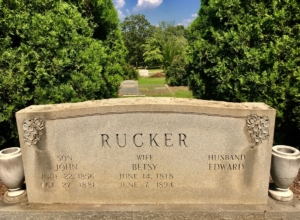 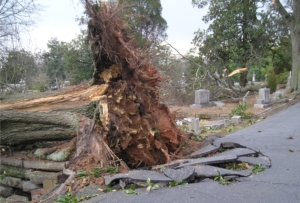 A tree preservation effort at Oakland Cemetery aims to strengthen the root structure of older trees, including this one that fell during a storm. Credit: oaklandcemetery.com 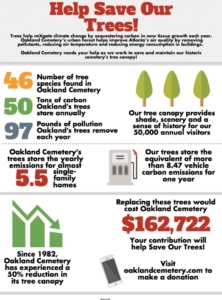 A sign from a 2014 tree preservation campaign by Historic Oakland Foundation highlighted the benefits of the urban forest located in Oakland Cemetery. Credit: oaklandcemetery.com