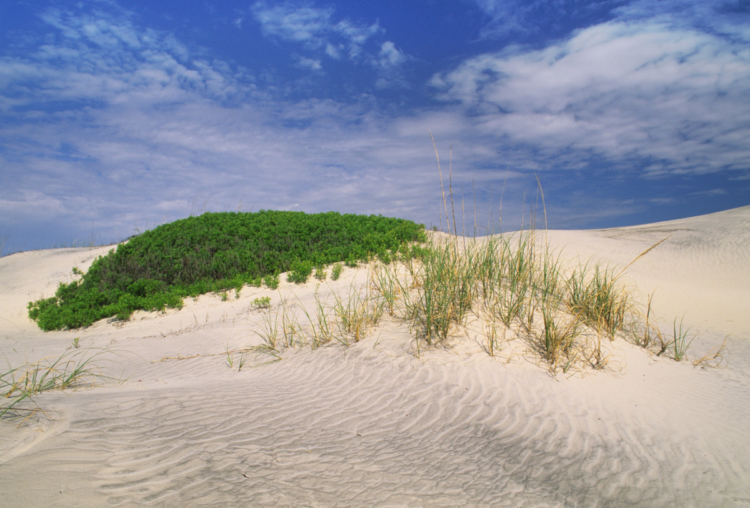 Cumberland Island is a pristine place in Georgia where the shoreline and wildlife could be harmed by oil spilled from a potential drilling operation off Georgia's coast. Credit: Bill Lea via SELC

The debate over oil exploration and drilling in federal waters off the Georgia coast, and much of the nation’s offshore waters, is likely to resume this week in a confirmation hearing for President Trump’s nominee to head the Department of the Interior.

Many in Georgia are paying close attention to Thursday’s scheduled Senate confirmation hearing of Trump nominee David Bernhardt. He now serves as Interior’s acting secretary. Georgia’s offshore waters are open for seismic testing and drilling, and a permit has been issued for testing more than 13,000 below the water’s surface.

The Interior Department could remove Georgia’s offshore waters, and any or all waters off other states. Or, the administration could leave them in the mix of about a billion acres available in the Arctic and Eastern Seaboard.

Gov. Brian Kemp’s administration likely is watching for results of the Bernhardt hearing. Kemp’s spokesman said Monday the governor remains opposed to oil drilling off Georgia’s coast, as Kemp said in an oft-quoted report in January by the Savannah Morning News.

“Gov. Kemp remains supportive of offshore drilling, but not off the coast of Georgia,” Cody Hall, Kemp’s press secretary, wrote Monday in an email.

Kemp’s position is crucial to presenting the Trump administration with a unified front of East Coast states that oppose offshore drilling, according to Paulita Bennett-Martin, the Savannah-based organizer for Oceana:

Just last week, the coastal town of Pooler became one of those places that object to seismic testing and drilling. The Pooler City Council on March 19 joined more than a dozen other Georgia cities in approving such a ban for the state waters off Georgia’s coast.

Bill Sapp, a senior attorney with the Southern Environmental Law Center, said testing off Georgia’s coast would harm both the ecology and economy of coastal areas and those that rely upon them.

SELC has filed a federal lawsuit in South Carolina on behalf of nine plaintiffs to contest seismic testing. Sapp observed in a written response:

Oceana’s Bennett-Martin is among those who think the Trump administration may release an update of the federal offshore extraction plan after Bernhardt’s expected confirmation.

This is one reason for the high degree of interest among environmentalists for the General Assembly to take action on the matter. The House could vote this week for a resolution opposing seismic testing and oil drilling in state waters. The Senate has expressed its opinion by taking no action, as of Monday afternoon, on a resolution that mirrors the one before the House. 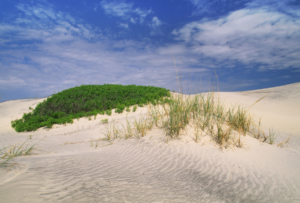 Cumberland Island is a pristine place in Georgia where the shoreline and wildlife could be harmed by oil spilled from a potential drilling operation off Georgia’s coast. Credit: Bill Lea via SELC

“The proposed Five Year Plan for National Outer Continental Shelf drilling could be released any day now, and this will be a vital time for citizens, state, and local elected officials, and the business community to come together in opposition,” Bennett-Martin wrote in an email. “Oceana and our many coalition groups across the U.S. won this fight before, and we are working harder than ever to win it again.”

The prior victories occurred during the Obama administration.

Reaction to Bernhardt’s nomination has been expectedly divided along partisan lines.

Eighteen senators sent Bernhardt a letter dated March 20 asking his position on 17 topics related to offshore drilling. Seventeen of the signers are Democrats, plus Sen. Bernie Sanders, an Independent of Vermont. The letter observes: