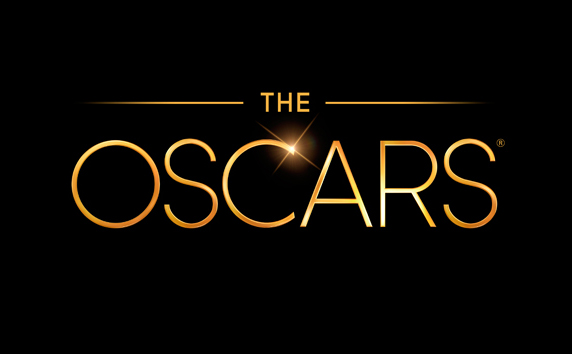 Hard to believe, the Oscar nominations were just announced on Jan. 15. Almost as hard to believe: the Academy Awards ceremony doesn’t happen until February 22.

By one estimate, something like 16 award ceremonies will take place before January is over. No wonder the Oscars seem almost anti-climactic.

And yet…somehow the Academy Award is still the 800-pound gorilla. Other competitions may be more fun, more daring, more intellectual, more whatever. Oscar remains the one everyone wants.

Look it this way: if you win one of the other prizes, your obit will probably start, “Golden Globe winner blah passed away yesterday…” But if you win a Globe and an Oscar, you can bet the lead will be “Oscar-winner Blah….”

Of course, in order to win, you gotta get in the game. Which is why the nominations matter.

Here are some thoughts about the top three categories: Picture, Actress, Actor. I would’ve loved to do the Supporting categories and Best Director, but this thing is long enough. If you need a list of nominees, let your fingers do the walking…or as they say in the 21st Century, google it.

“Selma” didn’t get all the Oscar love it deserved, but at least the film nabbed a spot in the most important category. Further, Oscar wasn’t afraid of “Boyhood” a movie that isn’t exactly the way they used to make ’em. Not just in the  ‘30s and ‘40s, but in the ‘80s and ‘90s. In fact, Oscar was especially open to movies that weren’t studio-backed blockbusters. Plus, consider this: until “American Sniper” opened last weekend, “The Grand Budapest Hotel” was the nominee with the largest box office earnings: $59 million. And it’s been around since last March. By comparison, “American Sniper” has made over $90 million. In three days.

If the Academy is going to stick with its bone-headed decision to increase the number of Best Picture nominees to as many as 10, then go ahead and nominate 10. This year, they settled on 8. That left out such movies as “Belle,” which is phenomenal and criminally overlooked, “A Most Violent Year,” which could’ve benefited from a nomination, and “Wild,” which is a lot better than several of the nominees. I loved “The Homesman,” but nobody else did, so, well, drat.

Not that I think the Oscars made a mistake, but I would’ve bet Big American Bucks that “Interstellar,” “Gone Girl” and “Unbroken” would make the cut.

The Academy showed the tiniest bit of skin…if you know what I mean…by nominating Marion Cotillard for the little-seen “Two Days, One Night.”

The way “Gone Girl” was structured (as a movie, I mean; haven’t read the book), I expected Rosamond Pike to surface in the supporting category.  True, she acted Ben Affleck off the screen, but the screen time still seemed hugely tilted in his favor. And please, Felicity Jones in the tired role of the valiant wife who stands by her genius?  Didn’t Jennifer Connelly already win that for “A Beautiful Mind?”

Well, at least they didn’t nominate Joaquin Phoenix for the excruciating “Inherent Vice.” And I’m sorry; I’m still boycotting “Nightcrawler” because, according to the company’s local PR agency, the picture’s distributor (Open Road) didn’t think I was worth including at a critics’ screening. Ouch. Sob. But I’m about to get over it. For some reason, Open Road did a complete about-face and made sure I had a screener. Still, I have no idea if the very talented Jake Gyllenhaal was overlooked or not.

Steve Carell is something else in “Foxcatcher.” I’m not certain what that something else is and I’m glad to see him recognized.  But something (else?) makes me feel he belongs in the Supporting category.  Maybe that’s because the movie spends so much time ogling Channing Tatum’s muscles. Anyway, the Big Big Big Bad here — and the Academy is going to regret this for years — is that David Oyelowo (“Selma”) was left out. Are the Oscar voters stupid or are they blind?

Well, I’m skipping the actors and giving the Huh? Space to the directors because this is where the Academy screwed up big time.

It’s this simple: No Ava DuVernay (“Selma”)? Are the voters stupid, blind or insane?  Or all three?

And remind me, who directed this record-breaking “American Sniper?” I think it was some guy named Clint Eastwood. Okay, I know. He’s already got Oscars.  But the movie is masterful and he’s not just a master; he’s an 84-year-old master.  Attention should be paid.