Patients may find wait times are shorter to get orders for an MRI and similar procedures following Gov. Brian Kemp’s decision to back nurses over doctors and allow nurses with certain credentials to order radiologic tests. 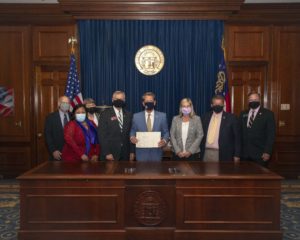 Patients no longer have to wait to see a doctor to get an order for an MRI or other radiologic procedure. Previously, state law authorized only doctors to order radiologic imaging tests, with one exception: Advance practice registered nurses could order such tests only in the case of “an emergency situation in which a patient’s life or physical well-being will be harmed if certain testing is not performed immediately.”

These tests now can be ordered by advanced practice registered nurses, following the governor’s signature on Senate Bill 321.

This category of nurse may be required to have a masters degree, and some have doctorate degrees, according to a report by the federal Bureau of Labor Statistics.

The field is well-paid, and expected to grow by 28 percent by 2020 – compared to 5 percent growth for all occupations. Median salaries in 2019 were almost $116,000 a year for positions sometimes titled as nurse anesthetists, nurse midwives, and nurse practitioners, according to BLS.

Authority to order radiologic procedures has been a perennial battle between nurses and doctors since 2012. Such turf wars among medical personnel are not uncommon at the Georgia Legislature, especially as the stakes continue to rise in relation to the cost of health care. 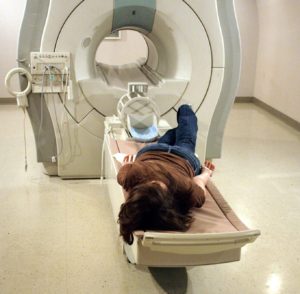 Michelle Nelson sounded a similar note. Nelson serves as co-director of the Coalition of Advanced Practice Registered Nurses and as state president of the United Advanced Practice Registered Nurses of Georgia of Georgia. Nelson addressed the radiologic issue as one of many where she thinks advanced nurses could take on more treatment responsibility:

Doctors’ organizations contend otherwise. Allowing nurses to order such tests will open the floodgates to expensive procedures that could endanger patients, according to a July 15 letter sent to Kemp by the CEO/executive vice president of the American Medical Association:

The Medical Association of Georgia had flagged the measure as a piece of “key health care legislation” the organization tracked during the session. MAG did not state in this location the reason for its opposition.

In terms of the politics of getting the measure passed, the House added it to a Senate bill and the Senate agreed, according to various versions of the bill.

Kemp did not indicate his thoughts on the legislation. The governor did not issue a statement about the bill, which is common practice.