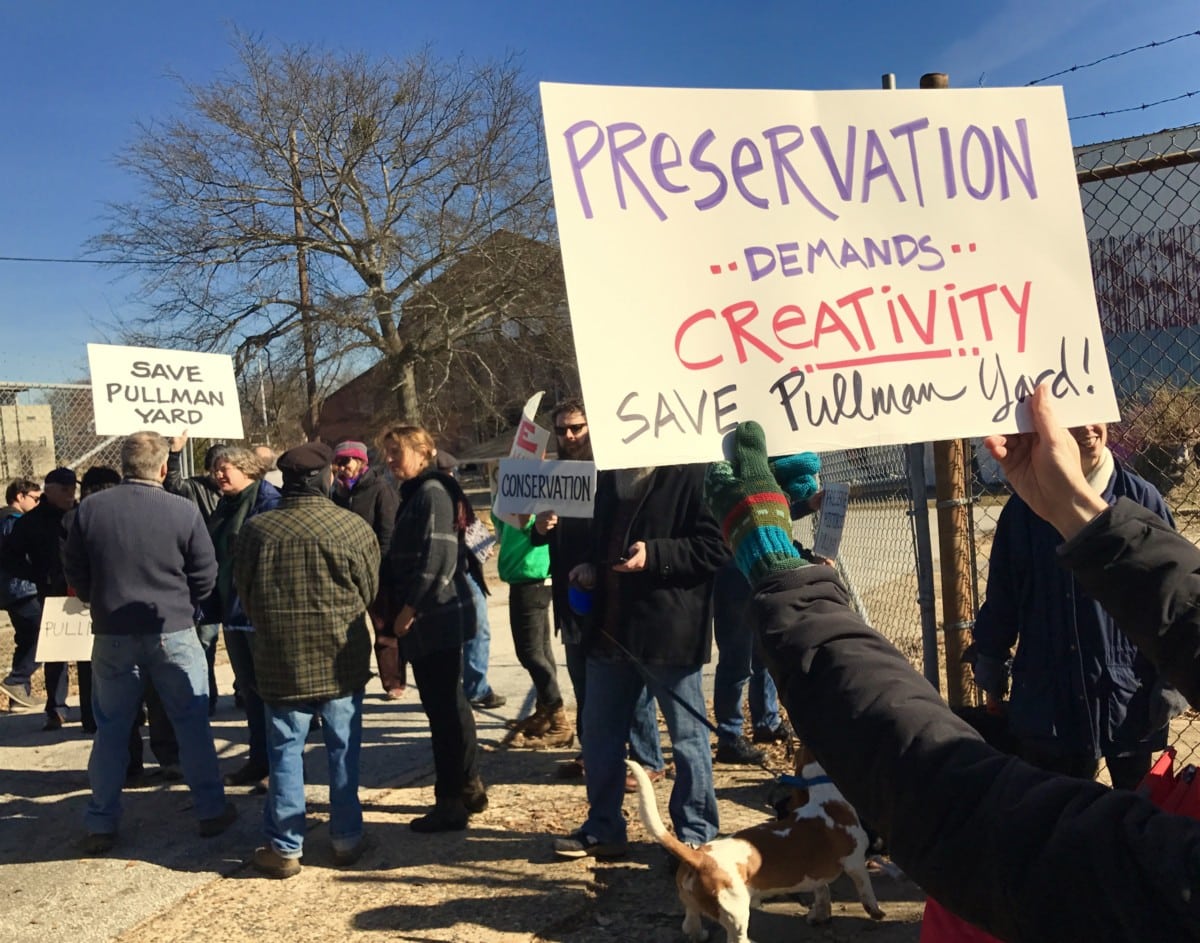 The state’s plan to sell Pullman Yard without any requirements to preserve any of the 11 buildings or land has prompted the Kirkwood Neighborhood Association to begin an effort to have historic conditions applied to the property before it is sold. 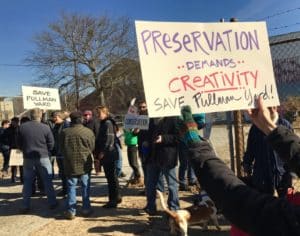 A crowd of about 50 individuals attended a rally Tuesday to urge the state to require any buyer of Pullman Yard to preserve buildings and Hardee Creek. Credit: Kelly Jordan

The association voted Tuesday to have its board of directors write a letter asking the state to apply historic preservation stipulations.

The board met at its routine monthly meeting hours after a crowd of about 50 persons gathered at the Pullman Yard site. Some displayed handmade signs asking the state to protect the site’s historic nature.

Georgia bought the site in 1990 and used it to maintain a passenger excursion train the state operated for a few years before closing it during the economic slowdown of the early 1990s.

The exact language of the resolution the KNO adopted is still being perfected. It is to track the following wording:

One member of the association suggested that the letter be delivered to the state before Jan. 18. That’s the date of a bidders conference. Representatives from the State Properties Commission, the Georgia Building Authority and the Georgia Environmental Protection Division will be available to field questions, according to the Invitation to Bid released by GBA.

The clock is ticking. April 4 is the deadline for bids and the state intends to open submissions that day, according to the bid package.

Evidently, a number of protest letters are circulating. The board is to synthesize elements of these letters into a single document.

One version begins by welcoming the potential buyer to Kirkwood. The tone changes:

The site currently is zoning for heavy industry, according to the state.

Atlanta’s city code providers for I-2 industrial sites to provide a number of businesses, including bars and restaurants and adult businesses; offices and clinics, including veterinary; trade schools; and market gardens.