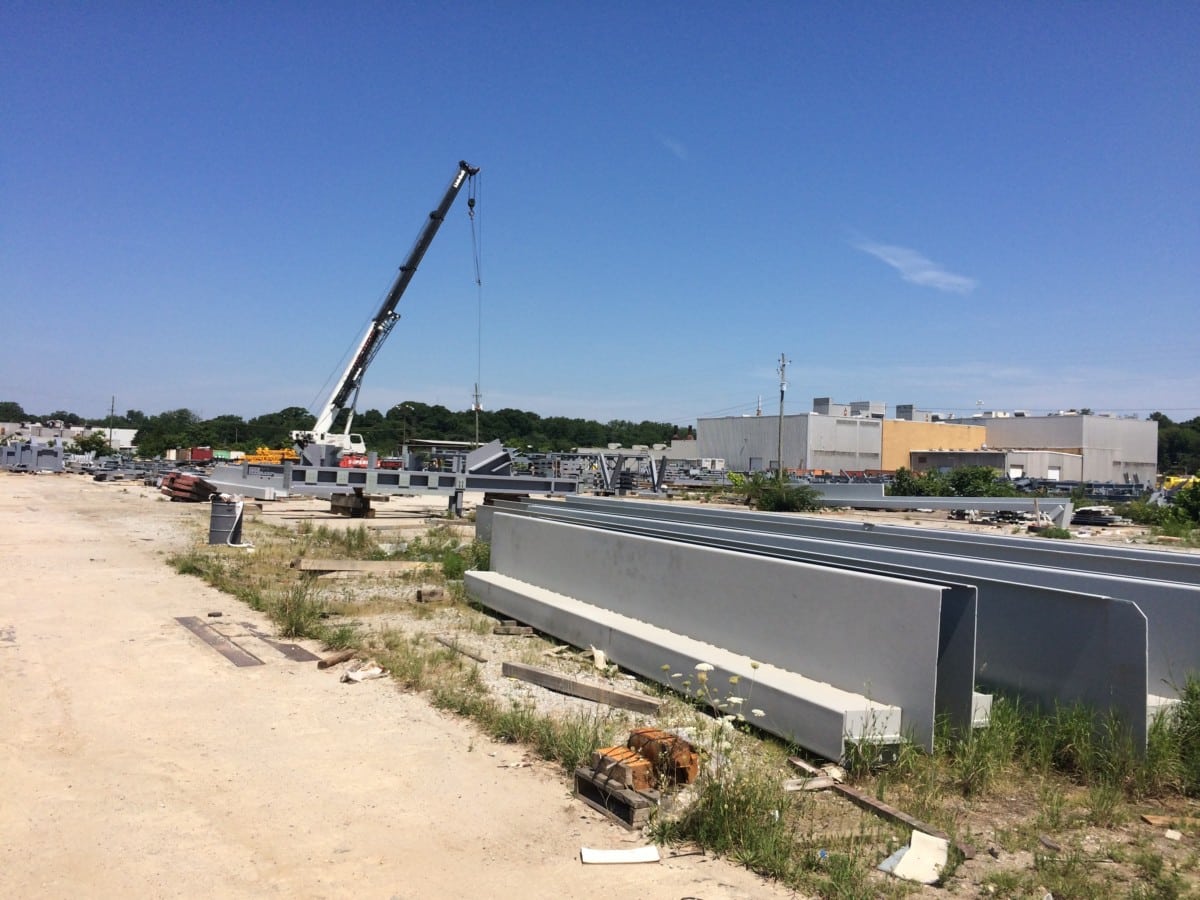 An old GM plant in south Atlanta has the unique claim of being the assembly area for the metal trusses and pinwheel roof that will cover the new Mercedes-Benz Stadium.

This didn’t result from the latest plan for refurbishing the shuttered auto assembly plant in the Lakewood Heights neighborhood. A developer saw its potential as a live-work-play community and went so far as to have the property rezoned as such.

“Then the Great Recession came and blew a lot of plans out of the water,” said Atlanta City Councilmember Carla Smith, who represents the area. “The old GM plant was one of those that never came to fruition.”

But proving that nature abhors a vacuum, the site is again a bustling manufacturing center.

Think of it as a Legoland Discovery Center for burly adults in hard hats and steel toed boots. The air seems to buzz with the energy involved in shifting and shuffling really big pieces of metal into place and joining them together. Loud beeps and engine roars inform that a vehicle is backing up somewhere nearby.

Everyday, workers assemble huge pieces of metal into various shapes. Most pieces will comprise the roof. Others will decorate the sides of the $1.4 billion sports arena.

Petals may be the form that touches the soul. Petals is the name of the moving pieces that will form the retractable roof above the concrete seating bowl. 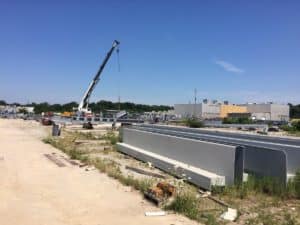 The steel roof and side panels of the Mercedes-Benz Stadium are being assembled at an old GM plant in Lakewood Heights, in south Atlanta. Credit: David Pendered

The petals’ installation will be a work of performance art, judging by a description on the Facebook page of the company installing the roof, Derr & Isdell Construction:

Here’s how a story in Sports Illustrated described the roof after talking with architect Bill Johnson:

So much metal is going into the stadium that it’s been sourced all over the country.

Once assembled, the structures are loaded onto trucks and hauled to the construction site. The 4-mile trip usually takes about 15 minutes. It takes 2.5 hours for the truck to make the trip in carefully timed movements.

Once a truck has arrived at the stadium on Northside Drive, it makes a lumbering right turn and stops. From there, it will eventually disappear into the construction zone. Some time later, the piece will be lifted into place and secured.

There’s a fair amount of buzz about how Derr & Isdell is going about the job of raising the dome’s roof, according to some interchanges on the company’s Facebook page:

Derr & Isbell has hired a total of seven Construction Ready graduates who went through job training at Atlanta Workforce Development Authority and were placed in jobs in partnership with Westside Works and the Center for Working Families.

Smith said the assembly process won’t last forever. The jobs will move on, beyond her district and away from places like Community Grounds and xxxx grocery store, which are urban ministry projects of xxxx that benefit when a few construction workers drop in.

Smith is looking for glimmers of hope to offset the loss of jobs at the site. The folks she represents, more than many in Atlanta, have lived through what happens when a major employer shuts down.

“Wouldn’t it be cool is this does get redeveloped like they planned?,” Smith said.

“People who move here could say, ‘This is where they assembled the petals!’ They wouldn’t gentrify people out. They’re not tearing down old people’s homes. They’d be tearing down an old GM plan and bringing good into something that was an old industrial use. We welcome that with open arms.”