The pandemic survival story of an Alpharetta-based tech firm is one of pivoting from a product line that was no longer needed to one in demand, and which played to the strength of the company’s international relations. 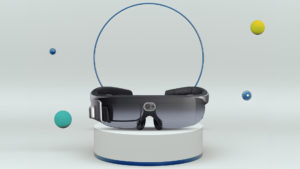 Mysupplier’s core business since it opened in 2014 is an array of smart building technology that can help companies reduce their facilities’ operating costs. The client list includes private sector buildings, schools, universities and hospitals in the U.S., Canada, India and South America, according to Taresh Grover, a company co-founder.

When buildings closed as the pandemic struck, it was as if the lights went out on Mysupplier’s entire line of work all around the world.

“As COVID hit, energy efficiency and lighting was last on everyone’s list,” Grover said. “We had to either downsize our team, because projects were being put on hold, or figure our different revenue models.”

Mysupplier would have been in good company if it had simply closed its doors.

Companies around the country closed at a rate of about 800 a day during the early days of the pandemic, according to a report from Yelp in September 2020. Yelp’s report had enough weight to be cited during the debate over a second round of pandemic relief by national figures including Minnesota Sen. Amy Klobuchar, who named it in a tweet on Nov. 28, 2020. 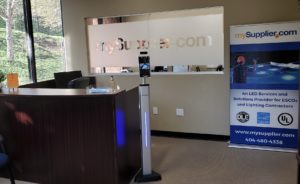 Mysupplier’s business model for coming out of the coronavirus pandemic includes providing devices that scan individuals entering a building to ensure compliance with safety protocols such as mask requirements. Credit: Mysupplier

Gov. Brian Kemp said in January small companies that are able to pivot will help lead the state out of the pandemic-induced economic malaise. Kemp chose to highlight an apparel manufacturer in Swainsboro, American Knits, which shifted from making clothing to assembling masks and gowns that had gained FDA approval for health care workers.

Mysupplier’s management decided to try to continue serving its customers, and keep its doors open, by shifting to providing personal protective equipment. The company had experience doing business overseas, but PPE was an entirely new line of product.

“It hasn’t been easy,” Grover said. “Think about PPE. It’s offshore countries with different time zones. There have been a lot of challenges, but we have been very happy with our efforts and results.”

The privately held company’s 2020 revenue exceeded 2019 by 60 percent, according to Mysupplier COO Anita Reed. Revenues this year could double those of 2020, she said. 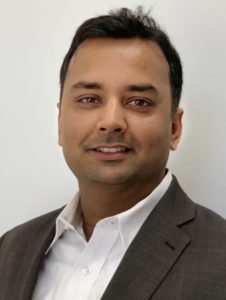 Grover said gloves are now a primary product in the company’s line of PPE. He described the challenges of shifting from lighting to apparel:

“This was completely not related to our core business model. But we had relationships in China, Malaysia, India, Vietnam – the core PPE-producing countries. We had one month to figure out how to make this work….

“We hired a consultant to do a crash course – what are the standards to import. … Every day, Customs was changing the rules – packaging, what it needs to say. There was so much fraud going on, so they were trying to put in more rules every single day.

“Our first order took 1½ months to deliver. We planned on two weeks. It went by air from China, to Japan, to somewhere else, to the U.S. … We delivered in the allotted time. But we didn’t want to be just PPE suppliers. Our core business was technology. We have a tech focus on smart buildings and controls for lighting, so everything related to technology was our core.” 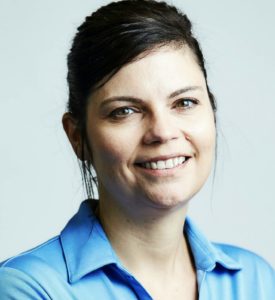 Mysupplier intends to refocus on technology as the market for PPE tapers down and buildings reopen. Even if offices are slow to refill with employees, schools and universities and hospitals are open or opening and will need services in areas including health and safety, and sustainability, Grover said.

The model emerging from the pandemic has three pillars that aim to make buildings sustainable, smart and safe, Grover said. The pillars are rooted in smart-building technology and represent the types of screening measures that will be in place as buildings reopen for workers, students and other users.

This is the next phase of the business, and a few examples include:

Grover said the motive for sharing Mysupplier’s pivot story is to show how one company faced the challenge and used its skill set to survive the downturn.

“This has been an opportunity, and we want to give back,” Grover said.