Timothy Ellis claims he was fired in a clear case of age discrimination. Otherwise, Ellis is just one of many caught in the grinder as Westinghouse Electric Co. declared bankruptcy and lost its job building Plant Vogtle, the nuclear facility near Augusta. 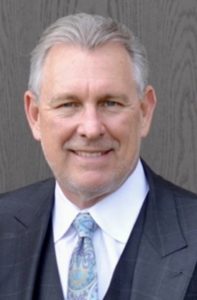 Ellis is a former vice president with Westinghouse who has no particular relevance in the ongoing disputes over Plant Vogtle’s construction. Westinghouse is out of the project.

Ellis does have relevance in the bankruptcy case, as well as the ongoing global discussion within groups including the World Health Organization over older workers and those who have lost their footing in the economy after the Great Recession. Ellis filed an age discrimination lawsuit against Westinghouse that has become an issue in the company’s chapter 11 case, which involves liabilities in excess of $9 billion.

Westinghouse responded with a motion that contends Ellis has no standing, according to a motion filed Nov. 21 in the U.S. Bankruptcy Court of the Southern District of New York. A hearing on this and other matters was postponed from Dec. 11 to Jan. 22, 2020.

Westinghouse contends Ellis didn’t file his complaint before he was fired, as required by terms of the bankruptcy proceedings – which required all claims against the debtors be filed by a certain date, according to the motion. Ellis missed another filing deadline that occurred three months after he was fired.

The motion by Westinghouse observes that deadlines were established to ensure that no further claims could be filed against Westinghouse and affiliated debtors. This deadline is referred to as the “bar” date:

Ellis was 67 years old when he filed his complaint, in 2018, with the Equal Employment Opportunity Commission. The EEOC rejected the claim in 2018.

Of note, the EEOC has typically rejected age discrimination cases in the wake of a 2009 ruling by the U.S. Supreme Court. The court narrowed the scope of protection available to older workers under the Age Discrimination Employment Act of 1967, according to pending federal legislation that aims to restore such protections. No Georgia lawmakers have signed as co-sponsors.

Subsequent to the EEOC ruling, Ellis filed an age discrimination lawsuit in U.S. District Court in the Western District of Pennsylvania. Ellis contends these facts in his federal lawsuit: 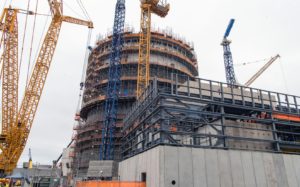 Ellis is a rarity because he sought to retain his job, according to a 2019 survey of 400 full-time workers in the U.S. workers conducted for Hiscox, a specialist insurer.

The survey revealed that 40 percent of respondents filed a charge or complaint when they felt aggrieved by ageism. Of this group, only 48 percent filed a charge with a state agency or the EEOC.

The survey determined that most colleagues won’t come to the aid of an aggrieved employee – in part for fear of retaliation.

The survey of 200 men and 200 women was conducted in February. The margin of error is 4.9 percent. The report appears to be latest available on workplace ageism. Surveys tend to share the views of employees; employers do not appear to be sharing their views on older workers.

Previous Article
WarnerMedia renames Techwood in Ted Turner’s honor: ‘Never have I lived through something like this’
Next Article
Death of African-American architect Jeffrey Robinson leaves a void in Atlanta