The poverty rate for children in metro Atlanta is in the double digits. The elderly don’t fare much better, in the latest Census estimate that focused on poverty among older U.S. residents. 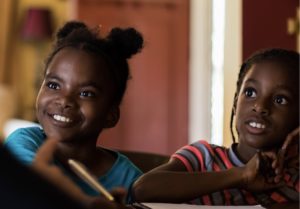 A measurable portion of residents who are in their primary working years were barely able to rise above poverty, according to the Dec. 19 Census report of findings in the American Community Survey.

The ACS is an estimate of trends based on samples of about 3.54 million addresses each year, according to a Census description of the program.

Here are the poverty rates in the five-county core of metro Atlanta:

The ACS report focused on the elderly, a segment that is expected to become more prevalent in metro Atlanta, according to estimates from the Atlanta Regional Commission.

By 2050, an estimated 20 percent of the region’s population is forecast to be older than age 65 and calling for services such as transit and communities that allow them to age in place, according to a draft version of the Regional Transportation Plan.

The Census report hit some national highlights that seem to support anecdotal information in news reports – older folks are continuing to work past the accepted retirement age of 65 years; a rising proportion are continuing to work into their 70s; ; fewer are residing in nursing homes; and just more than half the segment spend more than half their household income on housing.

Here are some bullet points from the report: