Proctor Creek area, other Atlanta brownfields, to be assessed by city

Atlanta is about to embark on another assessment of brownfields that are located in strategic locations the city seeks to prime for redevelopment. 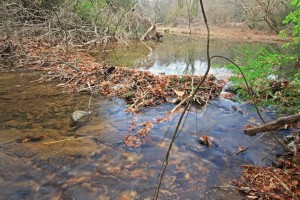 This beaver dam across Proctor Creek, at a site downstream of the bridge at James Jackson Parkway, exemplifies the type of habitat once common along the length of Proctor Creek. File/Credit: Alan Cressler via Flickr

The first site on the list is the Proctor Creek watershed area. The new Falcons stadium is in the Proctor Creek basin, which also encompasses a planned $30 million urban renewal program to be funded by Atlanta and the Arthur M. Blank Family Foundation.

The city’s Department of Planning and Community Development is to administer the project. The department currently does not have a commissioner.

Citizen oversight is to take the form of a 30-member Brownfield Stakeholder Advisory Committee. The committee is to include public and private sector partners who will, “provide professional and technical advice and support to the project.” The RFP does not identify the process for naming members to the committee.

The current request for proposals identifies six categories of property in the city that are to be assessed. The sixth is the region that was studied in 2012:

Brownfields assessments provide critical information regarding the amount of hazardous substances, including petroleum contaminants, that have to be remediated before a property can be redeveloped.

Atlantic Station may be the largest example in Atlanta of a brownfield that was remediated to allow the property to be redeveloped. The old steel mill that once occupied the site contaminated the ground. An enormous amount of soil was hauled off by trucks. The parking deck in the center of the commercial section was built atop contaminated soil to prevent it from releasing its hazards.