Proctor Creek Greenway opens, an amenity with a little anxiety 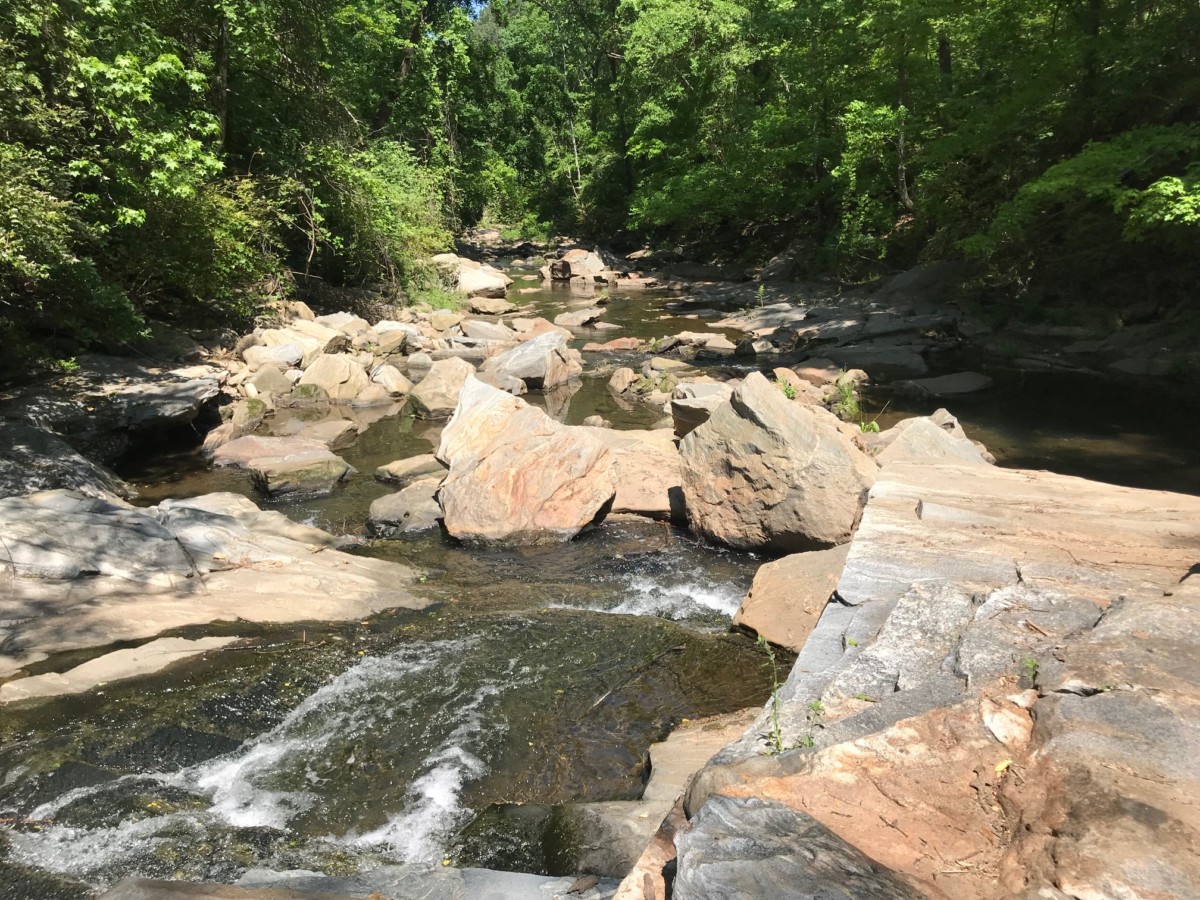 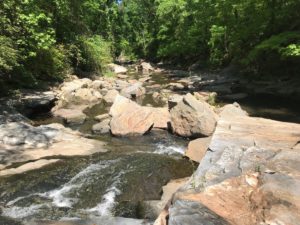 Official Atlanta got out the big blue scissors on Monday morning, this time to cut the ribbon on some three new miles of multiuse trail along Proctor Creek. It was a morning to celebrate a creek and trail as scenic as anything in North Georgia. But not far from the surface were worries about the flip side of fancy new public works in an area that’s long been bypassed by prosperity.

“This greenway … is really going to be an important part of the connectivity that’s needed in this neighborhood and also to help with the revitalization that we know is being experienced on the west side of Atlanta,” said Mayor Keisha Lance Bottoms, in a formal address for the trail ribbon-cutting. She spoke to more than 100 people, some from the neighborhood, some staff or supporters from the numerous partner organizations that helped put together the Proctor Creek Greenway.

The Proctor Creek Greenway snakes by the Westside Quarry Park, which will be bigger than Piedmont Park when it opens. The plan is for trails to reach the Chattahoochee and maybe go along it, giving Atlantans a walk or jog or bike ride from the subway to the river. 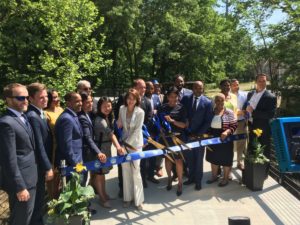 But that won’t be the scenery forever, according to Mark Teixeira.

“We are standing in the middle of Quarry Yards, a 70-acre mixed use development that will fundamentally change this neighborhood and the city as a whole,” said Teixeira, speaking to the crowd. He’s a former Braves first baseman, but with associates, has been buying up land throughout the westside for years, Quarry Yards among it.

He said that years ago, he “joined a small group of men and women who cared deeply about this community and had a dream to lift up this neighborhood through the development of abandoned properties surrounding Proctor Creek.”

He’s also part of the Emerald Corridor Foundation, a charity that works on the “healthy and sustainable revitalization” of Proctor Creek and surrounding neighborhoods.

The brick-and-glass cubes and green space promised by Quarry Yards are different from much of anything on the streets nearby. 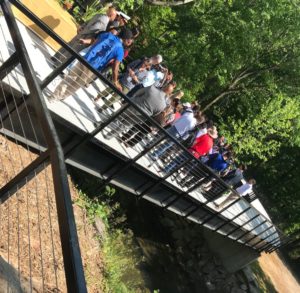 Once complete, the Proctor Creek Greenway will be seven miles long and include 400 acres of green space, according to the city. Credit: Kelly Jordan

The residential streets of Grove Park are lined with mostly one-story homes built decades ago. Boarded-up ones are like a missing tooth in an otherwise healthy smile. Though up on Donald Lee Hollowell Parkway, many of the storefronts are modest or tired — or closed altogether.

The community counts about 2,500 homes, said Grove Park Neighborhood Association President T.J. Austin. That makes it a big one, though behind the biggest like Midtown, Downtown, Kirkwood and Old Fourth Ward, he told the crowd.

“Grove Park is in the top 10, but many people have no idea. Why is that? It’s because this negative stigma that’s been blanketed over the community for so many years and … times are changing,” he said.

The change that people like Austin see every day is showing up in real estate data. For single family homes, the median sale price per square foot is going up — from something like $15 per square foot in 2014, it’s up to around $60 per square foot now, according to Redfin, a national real estate brokerage. The median number of days a house stays on the market is dropping. The neighborhood is attractive to folks who have more money than the ones who live there now. 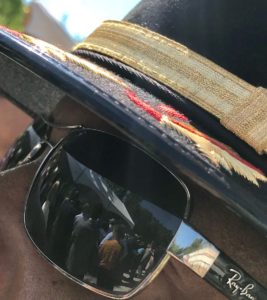 One hundred or so people came out on a sunny, warm Monday morning for Proctor Creek Greenway’s ceremonial opening day. Credit: Kelly Jordan

Now a multiuse trail is open in Grove Park, the Westside Quarry Park is in the works and a big, aged site is about to get rehabbed into a mixed-use development. It evokes comparisons to the BeltLine — and the developments on the Eastside trail that are lovely and praiseworthy and add to the city’s tax base, even as they evoke anxiety in places where it’s now very affordable to live.

Austin addressed the crowd: “This is our final opportunity, right now today, to let the city of Atlanta know that we’re not going to allow what happened on the east side — not that it’s bad — but we also want some of our residents, our longterm residents to be able to enjoy a lot of the amenities that are here.”

He praised the work that the developer of Quarry Yards is doing, he praised the Grove Park Foundation, the city.

“The one opportunity that I would like to see is for the neighborhood association is … we need partnership from every level, government, from private sector, we all need to work together. Community engagement is the No. 1 piece,” he said.

As people exited the ceremony, they passed a handful of folks with protest signs, saying gentrification will push out old folks and longtime residents. Members of Atlanta City Council stopped to chat with Haroun Wakil, a well-known Westside organizer. 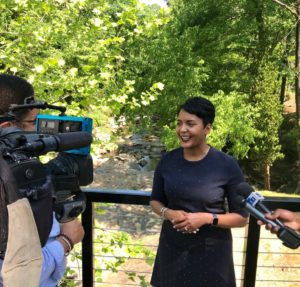 With him was Timothy Freeman, who said every day brings some kind of solicitation for houses on his nearby street. He said the neighborhood’s been hit hard by the opioid epidemic.

“I’m sure everybody knows about the Bluff,” he said, referring to a part of English Avenue known as a center of the heroin trade. Freeman said the neighborhood needs rehab facilities. He said $60,000 homes aren’t affordable, but yet people can’t live for free, so folks need to be lifted up to where they can make at least $25,000 or $30,000 per year.

Wakil said he’s requesting a meeting with Teixeira. Wakil is founder of Street Groomers, which forms young people into groups to clean up and patrol their own neighborhoods.