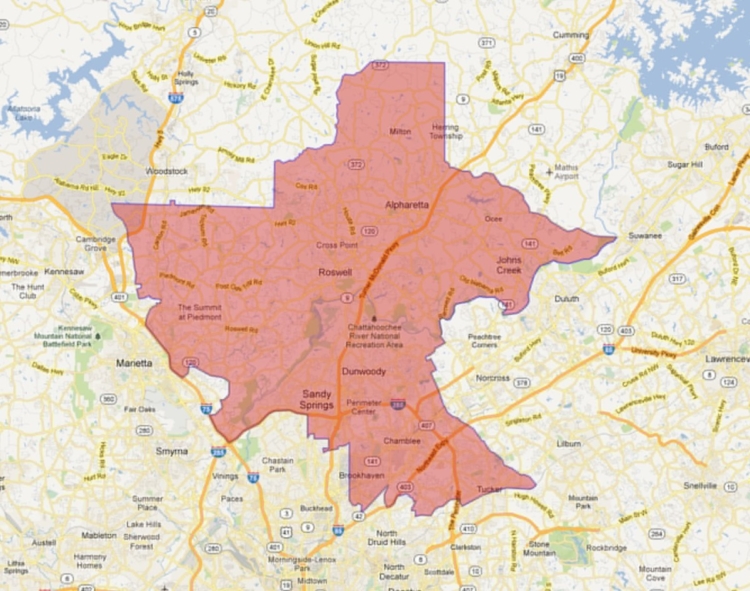 The issue of control over Atlanta's airport does not seem to resonate with female Republican voters in northern Atlanta, who some Republican campaigners say hold the key to victory in the November election. Credit: metropolitanhistory.wordpress.com

Editor’s note: This story has been updated to eliminate a reference to the number of committee meetings held, correct the name of the Democratic challenger in the 7th Congressional District, and add information about airport debt.

One apparent casualty of the campaign for Georgia governor is the proposed state takeover of Atlanta’s airport. The deadline for recommendations is Dec. 1, when the relevant Senate study committee is to be abolished, leaving the committee less than a month after the Nov. 6 general election to produce its recommendations.

The committee has received a report on terms of the city’s Master Bond Ordinance, which governs the existing $2.8 billion in debt the report said the airport owes.

Among the terms the report cites is one that could be viewed as a poison pill. It says the city vowed to bond holders that the city, “irrevocably covenants, binds and obligates itself not to sell, lease or encumber all or any part of the Airport.” That is, not without a number of conditions.

The report had this to say about how the state could avoid restrictions related to the airport’s outstanding debt:

Neither of the leading candidates for governor has raised the airport issue in any significant fashion.

For that matter, the sponsor of the legislation that created the study committee doesn’t mention the airport issue on his campaign website. The website of Sen. Burt Jones (R-Jackson) names the airport and says of it only that it is, “the greatest economic engine in the southeast.”

In the gubernatorial campaign, the airport governance issue has been a non-starter as the campaign builds to a conclusion. The Nov. 6 election is just two weeks away.

Democrat Stacey Abrams is honing her charges that her opponent has promoted voter suppression in his current position as the state’s chief elections officer. Republican Brian Kemp is pressing his point that Abrams is too liberal for Georgia.

The campaign at this stage embodies a political landscape that has evolved quickly since the past legislative session.

In March, when the Senate voted for a resolution to create the study committee, time seemed ripe for the GOP to make good on its long-stated interest in absorbing Atlanta’s airport into the state’s purview. The idea was to get by Dec. 1 a list of recommendations for a proposed state authority to take over the airport’s operations. The recommendations were to be implemented during the 2019 session of the General Assembly.

At the time Senate Resolution 882 was approved, federal prosecutors were grabbing headlines with the latest allegations related to alleged corruption within the administration of former Atlanta Mayor Kasim Reed. Mudding the management of the airport looked like an easy plank to add to any GOP campaign platform.

As such, the proposed takeover had the potential to spark a voter turnout that could be at least a miniature version of that drawn out by the same-sex marriage amendment. Republicans added to the 2004 ballot a proposed amendment on a lightning-rod issue that was intended to draw out voters for George W. Bush. More voters, nearly 2.5 million, voted for the amendment than voted for Bush, who took 1.9 million votes next to John Kerry’s nearly 1.4 million votes, according to records maintained by Georgia’s secretary of state. 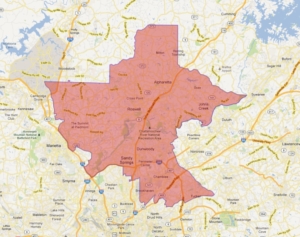 The issue of control over Atlanta’s airport does not seem to resonate with female Republican voters in northern Atlanta, who some Republican campaigners say hold the key to victory in the November election. Credit: metropolitanhistory.wordpress.com

Of note, Georgia’s same-sex marriage ban was overturned by the U.S. Supreme Court in its 2014 ruling on the Obergefell et al. v. Hodges case.

After the past legislative session ended, the state’s political landscape changed.

For starters, Delta CEO Ed Bastian came out against the proposed state takeover of Hartsfield-Jackson Atlanta International Airport. Bastian’s statement followed the airline’s criticism of the state’s decision to end a tax break on fuel after the airline ended discounts for members of the National Rifle Association. Delivering a second body slam to a large employer may have been too much to ask of candidates.

As summer approached, Republican campaigners determined that the key to winning statewide elections rested on winning over female Republican voters who reside in Atlanta’s northern suburbs, and may be weary of President Trump and other GOP issues. This battleground fits generally into the stretch from Woodstock, to Marietta, across North Fulton County and into portions of Gwinnett and DeKalb counties.

SR 882 called for the study committee to consider the steps necessary to transfer the ownership of Atlanta’s airport to a state authority. SR 882 observes that:

Any recommendations are to be submitted to the secretary of the Senate by Dec. 1. The study committee stands abolished on that date, according to the legislation.

Previous Article
Photo Pick: L5P Halloween parade by Anna Foote
Next Article
Not only the lonely vote early, but many of them do