Atlanta, your city government is trying to trick you.

Now that sentence, all by itself, may not seem to you like a “man-bites-dog” lead. 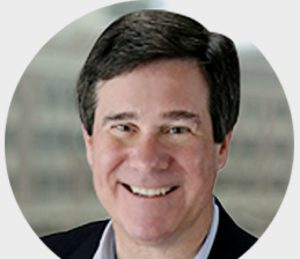 But it is the truth, and you deserve to understand what your city government is up to. Under the cover of working to increase affordable housing, which everybody supports, Mayor Keisha Lance Bottoms’ administration is proposing to completely gut the zoning and development laws of the city. They know that not many people support that, which is why they aren’t talking about it much. In fact, every homeowner in the city should stand up and oppose it.

Here are some of the things that the Bottoms administration’s “housing plan” proposes to do, as found starting on page 43 of its massive 88 page document, “Atlanta City Design Housing:” 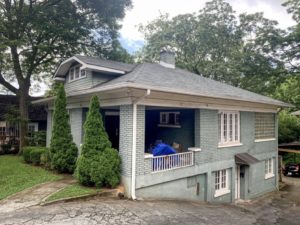 Atlanta’s proposal on accessory dwelling units highlights unobtrusive dwellings such as basement apartments, without noting the potential for units that are much more noticeable, the author observes. Credit: Atlanta

This proposal is a trick the city administration is trying to play on every neighborhood in Atlanta. It should be called “The Developer Feeding Frenzy Ordinance.” The document features the softest possible examples, notably basement apartments, but as demonstrated above, it contains much, much more than that. It speaks of “homeowners building additional wealth,” but it won’t be homeowners who reap the profits. It will be rapacious developers, buying up a few lots, overbuilding them, changing that neighborhood forever, devaluing homeowners’ investments, and then moving on to the next neighborhood.

Atlanta’s neighborhoods are what make us Atlanta, but the proposal’s repeated promises to “maintain the character and form of the neighborhoods” (p43, among other places) are empty rhetoric. The proposal is designed to do the opposite. It will increase density without consideration of infrastructure needs, such as schools, police and fire protection, transportation, and stormwater management. It will self-evidently increase traffic. It will inevitably reduce Atlanta’s tree canopy.

Worst of all, it will do all of this without the consent, or even the notification, of any other affected party – the neighbors, the NPU, or the city government. It will hand over the ability to do it all to irresponsible and greedy developers, by right – developers who don’t live in the neighborhood, or possibly even in the city.

The city charter already provides a process to accomplish everything this proposal includes: ADUs, flag lots, loosened building requirements, reduced lot sizes, and all the rest. The difference is that the current process requires the developer to bring the proposed development before the neighbors, organized in the local NPU, to seek a zoning variance, and then go up the line from the NPU to the Board of Zoning Adjustment and/or the Atlanta City Council. It requires the developer to defend the merits of this particular development, and “sell” it to the neighbors as something that will strengthen, not damage, the neighborhood.

Proponents of the Bottoms administration’s plan to gut these protections would have you believe that this process has to be done away with because it always results in a “No,” but that isn’t true. Just this spring a high-profile ADU in the Old Fourth Ward, that comes within 15 inches of the property line (compared to the usual setback requirement of 20 feet), was approved by the local NPU and, based on that, by the city, because the local residents felt it would be good for the neighborhood.

What the Bottoms administration, therefore, is trying to do is to create a legal structure which allows developers to force these developments into neighborhoods where they would not be good for the neighbors. This is exactly what zoning law is designed to guard against – developments, whether commercial, industrial, or high-density residential, which would injure the neighborhood. It is why the city charter created NPU’s in the first place, to allow neighborhoods to fight developers on something like an even footing. The Bottoms administration wants to do away with all those protections.

There’s even a Washington, DC, angle to this. Tucked away in President Biden’s “infrastructure” bill is a proposal for big discretionary grants from the federal government to jurisdictions that “eliminate” single-family zoning. Bait, in other words. But if there was ever an issue that needs to be controlled by local officials elected by local people, not far-away federal bureaucrats, local zoning is it!

In addition to service in the state House, Atlanta businessman Bob Irvin is a former chairman of the board of Georgia Common Cause.