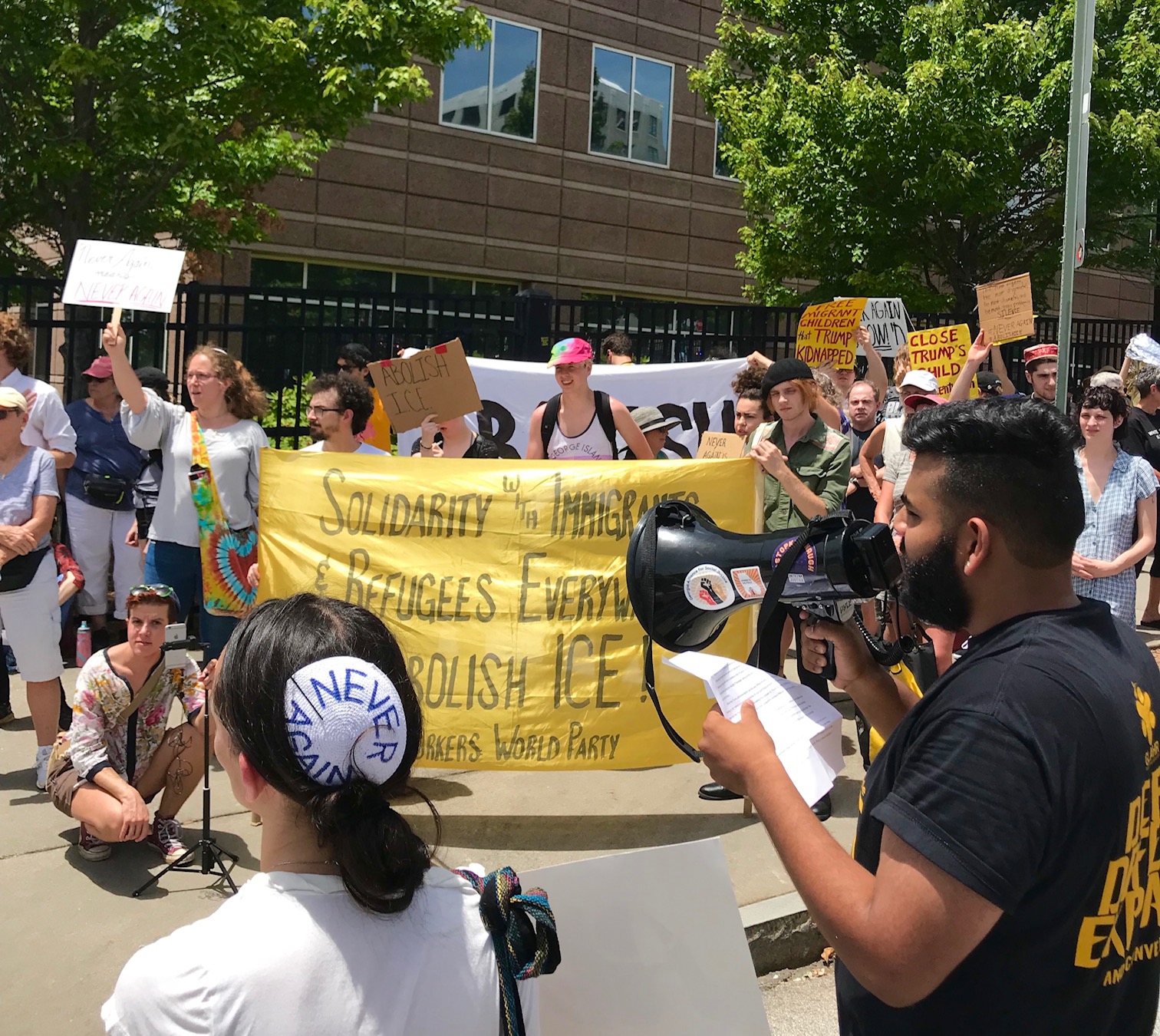 As many as 200 people converged on the sidewalk around Atlanta’s Immigration and Customs Enforcement field office on Monday, protesting conditions of migrant detention and calling to close ICE itself.

“I know the story that I see in the news of hateful discrimination and government-approved persecution, because it has been our story too many times,” said Atlanta Rabbi Sam Kaye of The Temple, as the protest began right around noon.

Kaye said it was time for Jews to speak to their story “and speak up with those who should not have to speak alone.”

Several organizations attended, but the theme was #NeverAgainIsNow, something that’s been heard in similar protests in other cities organized by Jewish activists and leaders. 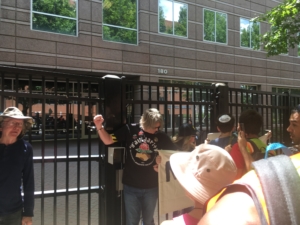 Jeff Corkill handcuffed himself to a pedestrian gate outside ICE’s Atlanta field office at the Monday protest. He was later arrested. Credit: Maggie Lee

Less than an hour into the Atlanta protest Monday, federal officers carrying bolt cutters arrested Jeff Corkill, who had handcuffed himself to a pedestrian gate outside the office.

Corkill’s wife Tracy Prescott was standing beside him. She said she was there in solidarity with immigrants detained at the border seeking asylum.

She said personal friends of hers have communicated with people inside detention centers, and she’s also read reports of members of Congress whom she trusts, reporting disease, overcrowding and inadequate food.

“I’m a veterinarian,” Prescott said. “I would flip out if I saw a person treating an animal like this. These are human beings.”

A Department of Homeland Security report itself confirms the existence of squalid, unsanitary, unsafe conditions for both adults and children in migrant detention centers along the border.

Around the corner from Prescott, at the entrance to the building’s parking lot, a video showed an officer pushing a protester out of the vehicular right-of-way. Organizers said two people in total were arrested.

No ICE operations or activities were disrupted, according to the agency.

ICE “fully respects the Constitutional rights of all persons to peacefully express their opinions. That said, ICE remains committed to performing its immigration enforcement mission consistent with federal law and agency policy,” read an agency statement sent via email.

Adelina Nicholls, executive director of the Georgia Latino Alliance for Human Rights, was among the sidewalk crowd, as were other folks wearing t-shirts from the human rights organization. It has long campaigned for policies to keep families together, to turn out the vote and to end funding for ICE. And they’re on high alert since President Donald Trump confirmed reports that a sweep of arrests was coming as early as July 14 for people who the government said had missed court dates or had been given orders to leave the country.

Nicholls had a copy of a handout that she and others have been passing around in immigrant communities. In English and Spanish it says don’t open the door to ICE unless the officers have arrest or search papers signed by a judge. The organization has spent years teaching people their rights and how to handle it if ICE shows up. 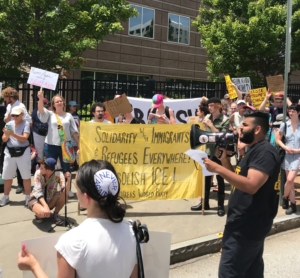 “I think this is an issue that concerns everybody, every community,” Nicholls said. “I do think that if you see your neighbor’s house burning, don’t tell me you don’t care.”

Georgia Governor Brian Kemp campaigned during the Republican primary in part on a promise to “round up criminal illegals” in his own personal truck if need be. His office declined comment on calls to shut down ICE.

The rally had been planned before Trump’s racist tweet on Sunday calling on four nonwhite congresswomen to “go back” to whatever countries they came from.  Three of them were U.S.-born and all of them are U.S. citizens.  But Ramprakash picked up on the theme, calling diversity America’s greatest strength.

“Now, if you’re an immigrant, you are all too accustomed to hearing the words, ‘Go back to where you came from,’” Ramprakash said.

“Well, what Trump and the Tiki Torches need to know, what they need to keep in mind, is that unless you’re Native American, we all came from somewhere,” he said, pausing for applause. 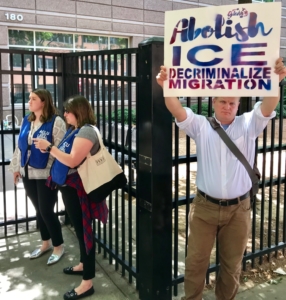 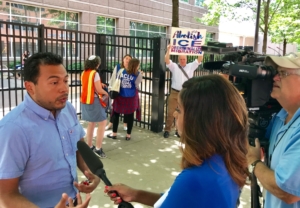 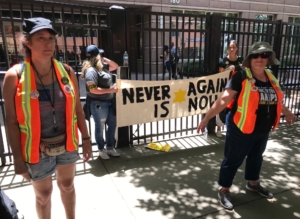 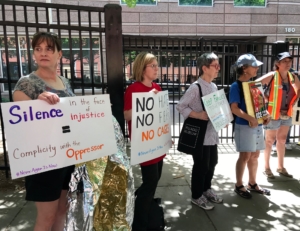 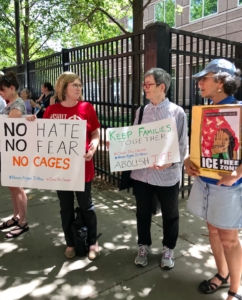 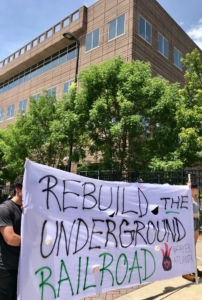 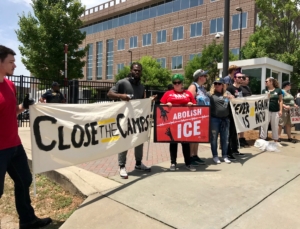 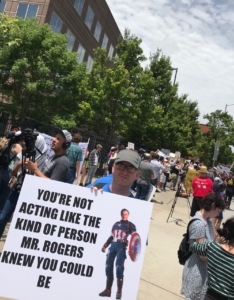 Previous Article
The Wrath of Con: A Note from the Writer
Next Article
Records show Tyler Perry Studios interest in the rest of Fort Mac