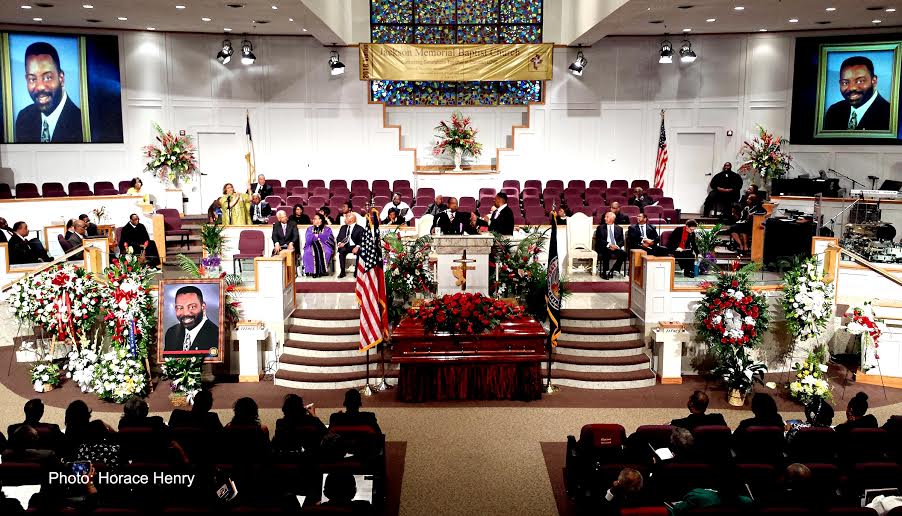 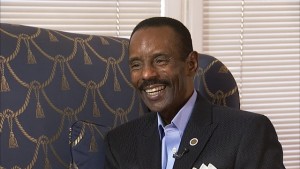 “I have good days and bad days but I won’t complain,” he told this reporter on February 18th in what tragically proved to be his final media interview.  “I’m standing on His promises.  I have two tumors still left in my body: one in my liver and the other in my rectum.”

It was a bad day the morning he told me: “I had to go to MD Anderson in Houston, Texas a year ago and as it turned out everything that could happen to me did happen to me.  I ended up staying in the hospital for three long arduous weeks—the same bed, the same position.  I contracted E.coli.  My heart rate went over 170.  I got out after they had killed a tumor the size of a small melon but it almost killed me.  The chemo and radiation was so hard on my body, when I got out of the hospital, I was 120 pounds.”

The University of Texas MD Anderson Cancer Center is one of the original three comprehensive cancer centers in the United States established by the National Cancer Act of 1971. 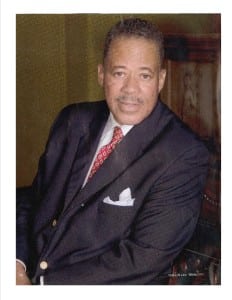 “Ralph was fearless to the end,” says Abernathy’s good friend and fellow civil rights activist Rev. Anthony Motley, pastor of Atlanta’s Lindsey Street Baptist Church. “I kept looking and kept expecting the fear of death to show up but it never did.  There was never any difference in Abernathy’s spunk or spirit.”

Following his release from the Houston hospital, Ralph III traveled to Washington D.C. where the Congressional Black Caucus was honoring his esteemed mother, Juanita Abernathy.  He recalls an airport skycap looking at his identification and asking, “Are you related to Dr. Abernathy?” The wheelchair-bound Abernathy affirmatively and appreciatively acknowledged the name recognition and said, “I told my wife to tip him good.”  Later he said, a Puerto Rican ticket agent asked, “Are you related to the famous Abernathy family in Atlanta?”

But seemingly for most of his life, Abernathy III  struggled with the pressures and expectations of his name, including an unwavering defense of his father’s tattered image.

“Being under the hot light and intense public glare because of his name was problematic,” opines Rev. Motley.  The Abernathy and Motley families have been close for several generations. “It is a special burden to bear; one that most of us cannot even imagine.  Being a child of one of the front line civil rights legends like the King’s, the Abernathy’s, the Jackson’s, the Young’s, the Vivian’s and the Lowery’s.  It’s the spotlight, the scrutiny, the pressure – and plus they were spoiled.” 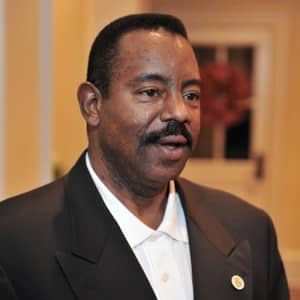 “I was arrested at the age of 9 years old and spent the night in jail marching on a mule train during the Poor People’s campaign from Marks, Mississippi to Washington DC after the assassination of Martin Luther King,” Abernathy III said during our hour long interview.  “Governor Lester Maddox put me, Hosea Williams and others in jail in Douglasville.  He locked us up, the mules, the wagons and everything.  That was my baptism into the civil rights movement.  Then they bombed our house before I was born with my mother pregnant and my sister two years old in the crib.  So, as I was growing up, I always had a fear that they were going to bomb my house again and hit my room.  So every night I had to negotiate with my mother to leave a light on in the hall and a crack in the bedroom door for security as I slept at night. And, if you know my mother, there were many nights I lost those pleas.  I thank her for her strength and determination.  It’s no wonder my father could change the course of history in America.”

Although severely ill, Abernathy III was trying to raise $3.5 million this year to build a “freedom plaza” outside the old West Hunter Street Baptist Church, an iconic landmark from the Civil Rights era when his father was pastor.  Honoring his father’s deeds and historic achievements was his passion.

The plaza RDA III wanted to fund raise for, manifested his quixotic quest to get everyone acknowledged, all those who may have “dropped through the cracks” — particularly the numerous foot soldiers or those close to the Movement.

“Ralph felt his father’s role was not properly appreciated in terms of what he meant to the Civil Rights Movement,” says Rev. Motley.  “He was determined to set the record straight.”

“I’ve tried to educate people about my father,” Abernathy III told me. “My father was not one of Martin Luther King’s lieutenants. The only two people who never received a paycheck from SCLC were Martin Luther King Jr. and Ralph David Abernathy. People have said Martin Luther King, Jr. was the intellectual and Ralph David Abernathy was not.  That is as far away from the truth as Jesus is from sin.  My father graduated from Alabama State University with a degree in Mathematics.  Even today, you can hardly find someone graduating from college with a degree in Mathematics.  He graduated at the head of his class.  He was an analytical thinker.”

Abernathy Jr. wrote in his 1989 autobiography that King had once spent the night with another woman or two just before his assassination and was immediately attacked for being a “sellout” and a “traitor.” 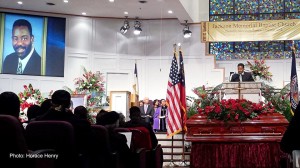 “My father was Martin’s mentor, he was his partner,” Ralph III said. “They were the true dream team. Two Black men that came together and changed the world.  They were inseparable in life.  Yet, they give the credit to one man.  You don’t have to be kind – just tell the truth. To separate them in death when they were inseparable in life, there is something sinister about that.”

Recently, Abernathy III launched a new movement on the steps of city hall in New York City, born out his dire health issues, called The Civil Right To Know Movement.  Had he survived, Abernathy III was intent on taking it across the country and eventually influencing Congress to pass a labeling law.  The former Georgia state senator and bon vivant said that when he was convicted and sent to prison in 1998 on 35 felony charges related to false reimbursement requests to the Legislature, he went from a “middle class diet to a low class diet.” 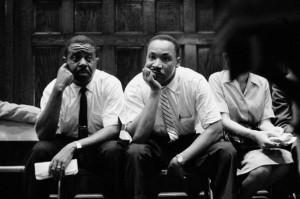 “I used to want to be the President of SCLC, and if my brother Rev. Howard Creecy Jr. had lived, I believed I would have been,” he said. “But I no longer want that.  I am not even trying to be on the national SCLC board of directors.  God has given me a new vision, The Civil Right To Know Movement, because you have a civil right to know what is in the food you eat.  Our nation has altered our food supply without our consent or our knowledge.  They have genetically altered our foods with what they call GMO’s, genetically modified organisms.

Abernathy continued with fervor: “When you look on the back of packages at the grocery store, and you see names that you can’t pronounce, those are genetically modified organisms. We don’t eat the same food that your grandmother and my grandfather ate.  Our nation’s food supply is fraught with killer chemicals. All the countries in the European Union have bans and restrictions on GMO’s except for here in America.  They have connected these GMO’s to health issues such as heart disease, high blood pressure, diabetes and cancer. So, we feel like it violates our civil right to know when we have not been informed about what’s going on with our nation’s food supply.  This movement touches every American because everybody in this country has an intimate relationship with food.  It is environmental injustice.”