The Atlanta BeltLine, shown here in Inman Park, is among the gentrification factors discussed by Dan Immergluck in his book "Red Hot City." (File Photo by Hannah Jones.)

The best thing about “Red Hot City,” GSU professor Dan Immergluck’s new book on the hyper-gentrification of Atlanta, might be its timing.

Every decade or so, an academic issues one of these landmark, civic-myth-puncturing books on the “City Too Busy to Hate’s” racist working-class displacement and deliberately horrific inequity: Ronald Bayor’s “Race and the Shaping of Twentieth-Century Atlanta” in 1996; Larry Keating’s “Atlanta: Race, Class and Urban Expansion” in 2001; Lawrence J. Vale’s “Purging the Poorest: Public Housing and the Design Politics of Twice-Cleared Communities” in 2013. 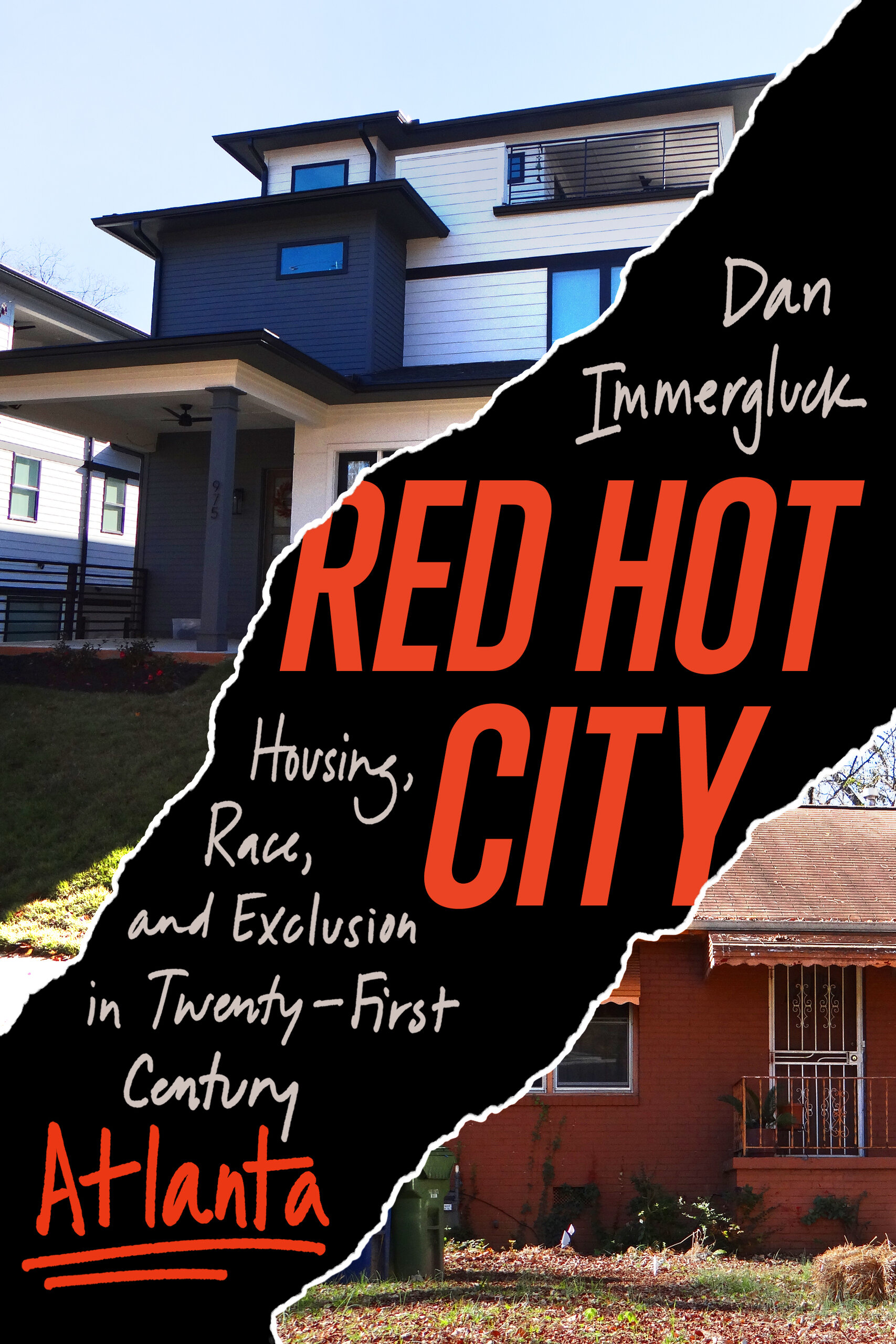 The cover of “Red Hot City.” (Image by University of California Press)

And every decade, politicians and corporate titans easily avoid looking in those mirrors and instead carry on with the setting of even bigger gentrification bombs to fill the pages of the next decade’s edition.

Immergluck’s book, with its Bayor-esque subtitle “Housing, Race and Exclusion in Twenty-First Century Atlanta,” fits squarely on that academic bookshelf like the latest volume in a depressing franchise going back to the Trail of Tears, updated for the era of the BeltLine and Ponce City Market.

But “Red Hot City” drops in a tumultuous era when some politicians might rebel and the rabble might rouse. Immergluck, an urban studies professor who served on Mayor Andre Dickens’ transition committee, notes the administration’s proven interest in housing affordability, as well as a new city council with some progressive members who might question old ways of doing things and the possibility of a Democratic governor who could nudge state-level power imbalances that favor landlords and developers. It’s a time of social media adding voices to political debates and a public with an increasing taste for direct action against controversial developments rather than being bought off or co-opted.

And “Red Hot City” is an eminently readable book by a well-known public intellectual — good fodder for overdue discussions.

“The story of the city of Atlanta in the last decade of the twentieth century and the first two decades of the twenty-first century is one centered on heavily racialized gentrification,” writes Immergluck. “…It is a story of enthusiastic civic and government support for reshaping the city into a new, more affluent, and whiter citizenry, centered around the apparent success of its major physical redevelopment project, the Atlanta BeltLine.”

It’s a bold and timely criticism, but also one that could have been written 30 years ago by swapping some time references and “Olympics” for “BeltLine.” A major angle of the book is the enduring nature of many of its themes. The persistence of segregation and displacement enforced by zoning and similar tactics over a century ago. Governmental paternalism — strongly echoing the plantation and Jim Crow — that continues to pervade policy and politics. The “Atlanta Way,” an old regime of white corporate and Black middle-class interests cooperating on a business-friendly town and top-down, smoke-filled-room decision-making, failing to bring growth without creating extraordinary inequality and inequity. Politicians who claim to be powerless in the face of market-driven gentrification yet always find the power to back projects making it worse. The soothing PR mythos that bad things happen to working-class and poor Black communities because a plan went awry, not because that was the plan all along.

Immergluck then brings us up to speed on some modern formations. There’s the BeltLine, the latest mega-project where promises of affordable housing and equitable connectivity have flailed and crawled while gentrification and land speculation have sprinted far ahead. There’s the apocalyptic wake of the predatory lending crisis, which a stats-filled chapter lays out as a net wealth extraction from Black communities to multinational investors. There’s a welcome spotlight on the northern suburbs that have absorbed many of the people displaced in previous rounds of Atlanta gentrification, as documented in those earlier books, and which now are undergoing their own displacement schemes and affordability debates. 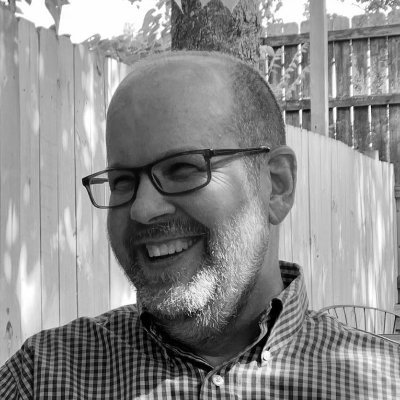 More importantly, he sketches some of the broad political culture problems that generate such dysfunctions. Atlanta’s perpetual inferiority complex has it constantly handing out gifts to outside mega-corporations and glitzy tourist attractions. A transactional approach to policymaking often is more about what powerful interests gain rather than social justice principles or scientific data. Fossilized policies developed for the needs of one era — such as the “shrinking city” problem of suburban flight — remain after they are outdated and produce unintended consequences.

In the light of the book’s critique, one can better see emergent issues that Immergluck doesn’t directly address — ones that maybe will show up in whatever the 2030s version of these tomes will be. The likely gentrification factor of Airbnb and other short-term rentals is one. Atlanta has a new regulation system developed in a transactional manner, first delayed so that property owners could take advantage of the Super Bowl, and now delayed because the City apparently overlooked a major legal issue and is now in private negotiations with an industry group.

And as Immergluck talks about Atlanta’s shift toward a majority-white city, it isn’t hard to imagine the displacement that will come in poor and even middle-class communities, regardless of racial makeup. The intimations are already there in redevelopment debates about bohemian spots like Little Five Points, with the press helpfully describing target properties as “gritty” or “grungy.”

“Red Hot City” is helpful in providing a digest of several major trends and debates that have been in the news over the past decade, and Immergluck supports much of his analysis with extensive statistics. By necessity, his perspective is often high-level and does not delve into nuances that sometime complicate the picture. One such situation I know well — I am, after all, one of the endnoted sources for it — is suburban Sandy Springs, where decades of City attempts to displace lower-income apartment-dwellers has run into social justice advocacy from a philanthropic couples’ movement called Sandy Springs Together.

Immergluck recounts a 2017 meeting I covered, which he accurately calls a token affair required for the city to maintain federal Community Development Block Grant (CDGB) funding. A handful of attendees from local apartments begged for CDGB funding for affordable housing, while the City continued to spend it only on building sidewalks in an area it obviously hoped to gentrify. But there was a lot more to the story. The City actually held several CDGB input meetings, more than it had to, as a way of dipping its toe into nascent political stirrings of the need for affordable housing in a city where working-class employees were increasingly hard to find, among other impacts.

My curiosity about that extra effort and hints of behind-the-scenes talks led me to discover that the City, in collaboration with the couple who would go on to form Sandy Springs Together, had been working for months on a secret concept for an East Lake-style, mixed-income redevelopment that would include a community center and other wrap-around support. The plan also included a pro-affordable-housing education campaign suggested by the City official who led the CDGB meetings.

Plenty about that concept was problematic. Like the City-driven raw teardowns before, it was still extremely paternalistic, still focused on displacing current residents, still fundamentally inspired by the interests of a wealthy adjacent neighborhood built around a horse stable. The City initially aimed to limit input from affected people by not even holding meetings in the neighborhood, and kept the concept secret in part due to the obvious racial implications of displacing people of color.

Nonetheless, it was an extraordinary sea change for a City whose civic traditions included exclusionary zoning that went by the naked term “protected neighborhoods.” It was a mostly sincere and heartfelt demonstration of a realization that affordable housing and diversity matter in both practical and moral ways for the success of the city. It launched debate, advocacy and accountability — and some backpedaling. Of course, what it amounts to in long-term policy remains to be seen. As Atlanta goes, often so goes the metro.

“Red Hot City” does not fail by lacking that entire story; it succeeds by giving me a reason to retell it. Every chapter of this book could and should be its own book, but that’s not Immergluck’s job. It’s our job to share and chew over the devils of the details of what is now a very ugly metro Atlanta story until we have a much better version to tell.