Reflections on Rwanda and how son’s marriage cost two cows 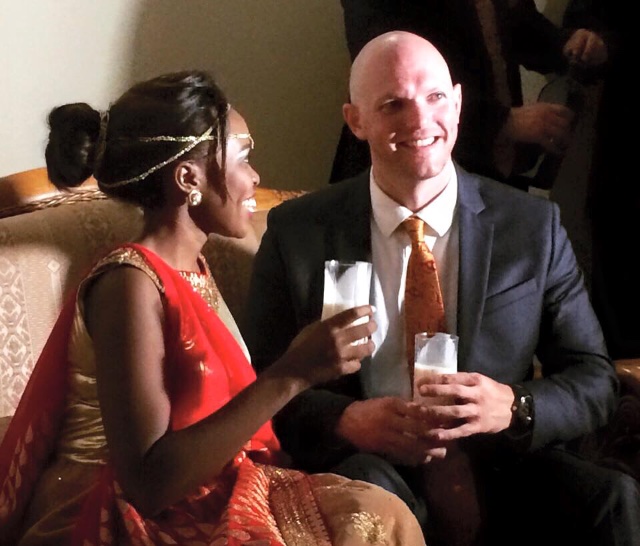 In June, our family traveled to Rwanda to “negotiate” the marriage of our son, Joshua, a Berry College graduate who teaches economics at Roswell High, and Anne Mugisha, who has an undergraduate degree from Shorter University and an MBA from Southern Poly.

Anne is a financial analyst at GE in Atlanta, and her father is a prominent businessman in Rwanda.

Before making the trip, I did my homework – reading three important books (recommended by Anne’s father), in the following sequence.

The first was Shake Hands with the Devil: The Failure of Humanity in Rwanda, by Lt. Gen. Romeo Dallaire, the commanding UN officer in Rwanda during the genocide that took place from April to July of 1994, when a million Tutsis and moderate Hutus were killed by the government army during a period of one hundred days. Coincidentally, Rwandans celebrate July 4th (1994) as their Independence Day.

The second book was A Thousand Hills: Rwanda’s Rebirth and the Man Who Dreamed it by Stephen Kinzer, which provides an excellent history and perspective.

Finally, Rwanda, Inc.: How a Devastated Nation Became an Economic Model for the Developing World by Patricia Crisafulli and Andrea Redmond. 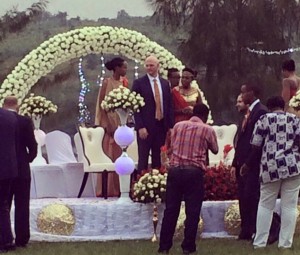 Rwanda is a country of contrasts. This small, landlocked country had a population of 7 million before the genocide, 6 million when it was over, and 11 million today – as Rwandan refugees have returned home.

The country is actually overpopulated, and there are efforts to limit each family to three children. There are no major natural resources, other than their people.

When our KLM jumbo jet landed in Kigali, we walked from the plane to the small terminal. We were driven to Anne’s home in late model SUVs and then on to our modern hotel. Almost everything has been built since 1994.

Everyone in Rwanda seems to be headed somewhere with a purpose – mostly walking, or riding bicycles or motorcycles, often carrying heavy loads, including heavy yellow containers of water.

We all observed the positive attitudes of the people and the general spirit of optimism. 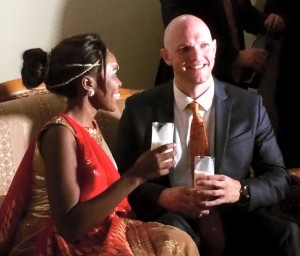 Anne Mugisha and Joshua Martin during recent trip to Rwanda

There have been great efforts to foster reconciliation in the country. Local Reconciliation Courts were created, bringing together victims and the accused. Only the police and military are allowed to have guns. There is very little crime and a concerted effort to do away with corruption. There is also a major effort to do away with the formal distinctions between Hutus and Tutsis. Before the genocide everyone was required to carry an identify card, which was used to target the victims.

The government, led by President Paul Kagame, has made a strategic decision to make Rwanda the commercial and technology hub for Sub Sahara Africa, and to focus on education, health care, and infrastructure.

Only 18 percent of Rwandans have electricity, but everyone has access to cell phone service! Highways and bridges are being built, along with the national power grid. 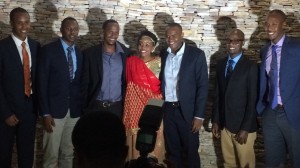 Anne Mugisha with family in Rwanda

Since they are landlocked, they are planning to build a railroad to the nearest port and an airport big enough to handle cargo. Although there are major differences between the urban and rural economies, the government is systematically driving down decision-making to the regions, districts and local communities.

Most people still rely on subsistence farming, and you see corn and banana trees everywhere, along with cows and goats tethered and grazing alongside the roads. I never saw a tractor or farm equipment in use, although there are efforts to modernize agriculture. Coffee and tea are major export products.

You don’t see much trash in Rwanda – by design. They are also trying to transition away from the use of charcoal for cooking and thatched roofs for their homes, both of which have environmental issues.

In Kigali there are construction cranes everywhere, and it seems like there is a bank or cell phone store on every corner. The contrast also applies to housing, with plans for modern sub divisions in Kigali, while many live in mud huts in the countryside.

Our trip included visits to “Hotel Rwanda,” and the stadium where thousands of refugees huddled during the genocide, and to the Genocide Museum – which is in memory of all genocides, and where 250,000 Rwandans are buried in a mass grave. 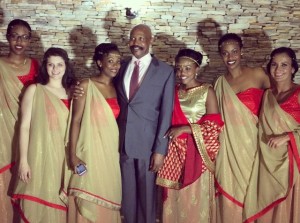 The highlight of our trip was the actual “marriage negotiations.”

There were two large tents for the hundreds of guests in attendance, including “elders” to negotiate for Joshua and Anne. The negotiations actually took a couple of hours, as the elders went through time-honored haggling over other suitors, the need for time to think about it, and the size of the dowry. Meanwhile, there were traditional dancers, singers, and musicians, along with a very modern sound system, a disc jockey and comedian, along with a photographer and a videographer!

I was told the performers were college students making money on the weekends during the celebration season that runs from June to September. I am pleased to report the negotiations were successful, and Joshua and his groomsmen were introduced in matching suits and ties, and Anne and her bridesmaids were introduced in traditional Rwandan dresses to the gathered guests.

The negotiations did cost us two cows, which were added to Anne’s father’s herd. In Rwanda, cattle are a key measure of wealth.

Footnote: Joshua and Anne are scheduled to be married in Atlanta later this