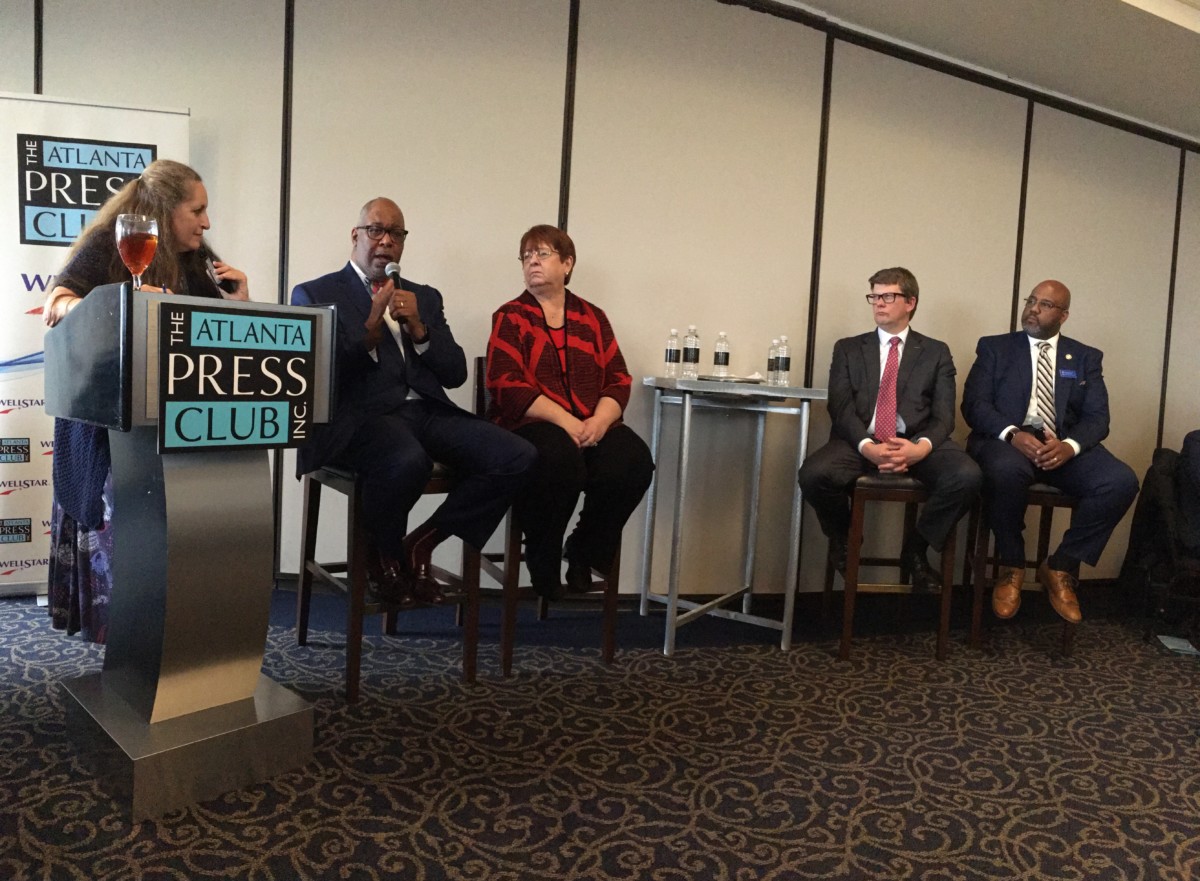 About week before Gwinnett finishes voting on whether to join MARTA and set up a penny sales tax for transit, a group of regional leaders have lots of thoughts about what a “yes” vote would mean. Though a “no” vote has crossed their minds too.

Either way, they’re looking for it to affect other metro counties that don’t have robust transit systems.

“If we get an affirmative vote, I think it’s a signal to other counties to get the parade started,” said Doug Hooker, executive director of the 10-county Atlanta Regional Commission, a group for local governments, speaking as part of an Atlanta Press Club panel on Monday. 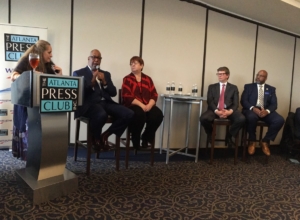 He said the vote on whether Gwinnett will join Fulton, DeKalb, Clayton and Atlanta in the state’s biggest transit system is as big a decision as the original MARTA vote some two generations ago that set up the unified system.

From the polling that ARC does, Hooker said it’s clear that across metro Atlanta, a growing number of people want the option to take something besides a car, they want transit.

So if there’s a “no” vote in Gwinnett, he thinks there could be some impact in other nearby places.

“I think it may delay the timing, I don’t think it’ll stop the work,” Hooker said.

DeKalb is working on its comprehensive transit plan, the same kind of document that Gwinnett brought to MARTA as a part of the negotiations between the two. In Gwinnett’s case, it’s a 163-page document written by the county, with public input, that maps out what and where the county thinks it would be a good idea to run transit.

MARTA CEO and General Manager Jeff Parker has got an eye on those other communities working on their transit plans or thinking about transit.

“A negative vote is clearly going to have a damper on peoples’ attitude towards whether or not their communities should embrace it,” Parker said.

The Gwinnett transit plan where you find the sketch of the proposed heavy rail line from Doraville to a spot near Interstate 85 and Jimmy Carter Boulevard. And all those maps of park-and-ride lots and kinds of bus routes: fast buses that travel in their own lanes, buses that travel a little faster than traffic by getting lanes to jump the line at intersections, and plain regular bus service.

And MARTA and Gwinnett have negotiated a contract that would see the agency run and build transit in the county — subject to oversight from the county. The price is a penny sales tax, and that’s the question before the voters.

Charlotte Nash, chair of the Gwinnett County Commission, has compared the MARTA vote Gwinnett’s decisions some 40 years ago to build sewer and water works.

On Monday, she returned again to why she thinks a penny sales tax for transit and joining MARTA is a good idea: Gwinnett keeps a lot of control over what MARTA would do, how those pennies would be spent; and the additional spending would up transit options for folks who are looking for other ways to move through the whole county.

But what if Gwinnett votes “no?” A a poll published from Feb. 4 suggested “no” was the choice of about 48 percent of regular voters (That was a landline and mobile phone survey of regular voters. Details here.)

A poll conducted March 5 suggested 51.4 percent of voters were opposed to MARTA in Gwinnett. (That was a landline and mobile phone survey of 1,000 voters. Details here.)

“Regardless of the outcome next Tuesday when the votes are counted, the work has still been done and the need is still going to be there,” Nash said.

Nash said she’s seen more optimistic polling than what’s been published. Though she said she wasn’t able to talk about that polling. Nor was she ready to talk about whether Gwinnett would get a do-over in a few years if they vote “no” this time.

“We don’t need to give people the idea that there is going to be a magical next chance,” Nash said.

Chris Tomlinson looks at regional transit all the time, as interim executive director of The ATL, a new agency that’s working on knitting together all metro Atlanta transit.

Gwinnett has transit already, he pointed out. But the vote, he said, is about adding connections that the state’s second-largest, fastest-growing county doesn’t have yet.

“it’s bigger than just an up/down vote on MARTA,” said Tomlinson. “It’s how does the Gwinnett current transit system make that next leap?”

Correction: an earlier version of this story linked to and referenced the incorrect Gwinnett report. The report reference and link have been updated.