I interviewed Robin Williams once.

It was the early ‘90s, and he was pushing “Flubber.” He’d promised to do a one-on-one interview, which is movie-junket lingo for having the chance to speak with a celebrity alone for 45 minutes or so, as opposed en masse for about 15 minutes with 8 to 10 other writers.

But he was running late. He had just arrived from Europe where he was working on his next picture, so he had to squeeze me in while he changed clothes before the group interviews. 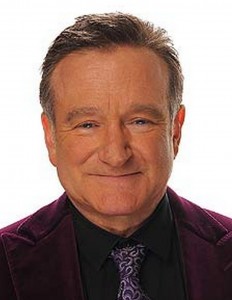 A lot of stars wouldn’t have been so generous — especially since the Atlanta Journal-Constitution, though it had a very good reputation in the Hollywood community, wasn’t the Boston Globe or the Washington Post.

He was funny. He was kind. And he was, as he himself admitted, a very hairy man (in case you’re having any prurient thoughts, the change of clothes was merely a change of shirts).

Here are a few excerpts:

ME: If Flubber really existed, what would you do with it?

RW: Besides make a condom? Oh, the potential is beyond bungee. Put it on your shoes. Standing broad jump. 85 feet.

ME: What was it like to have a co-star more elastic than you?

RW: It was nice to play straight man to a polymer.…and it was a lot different from ‘Jumanji’ where you’re just going to ‘Run or you’re a hood ornament!’”

ME: Paul Mazursky (he directed Williams in “Moscow on the Hudson”) once said your greatest charm and your greatest weakness was: ‘A desperate desire to be wonderful.’

RW: I think he hit it in an interesting way. It’s a desire to be beyond yourself. And sometimes you have to give that up. Which is what Peter Weir taught me on ‘Dead Poet Society.’ The power not to do anything. Just be there.

The power to just be.  I thought that was something Williams would always have, once he learned it. Not so, I guess. To echo Billy Crystal, no words.

As it happens, I also interviewed Lauren Bacall, another loss from last week. In fact, she was my very first interview as the movie critic for the Atlanta Constitution (this was before the two papers merged). 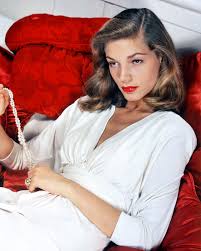 It was 1979. She was on tour for her autobiography, “By Myself” and was staying — unhappily, as it turned out, though I never learned why — at the Peachtree Plaza.

She was something else.  Beyond something else. Leonine and elegant, with those hooded eyes, that unmistakable voice. This was star power, the likes of which I saw less and less as the years passed. I mean, it’s one thing to talk to Sally Field (marvelous actress as she is) and quite another to talk to Lauren Bacall.

I highly recommend her book, which is not only extremely well-written, but amazingly thorough.  It’s an unflinching, incisive chronicle of her life before, during and after Humphrey Bogart — though, if you really want to understand all the fuss about Bogie and Baby, best see them together on film: “To Have or Have Not” (with that line about whistling) or “The Big Sleep” (nobody understood the plot, not even director John Huston).

Somehow excerpts aren’t appropriate. But, just to tie some of this together, Bacall talked about making “The Shootist,” John Wayne’s last film. The Duke knew he was dying, and “The Shootist,” was a kind of conscious elegy. It is a lovely picture, well worth seeking out.

But what I’m getting at is what Bacall said about Wayne, whom she really liked (though their politics couldn’t have been more opposite). She said that when he was forced to go in the hospital, what she remembered most was how much he wanted to work.  He just wanted to keep on working. To keep on acting.

So did Bacall — and she did (“My whole goal in life isn’t to enlighten people about Bogie,” she told me “It’s also kind of insulting (that people think so).”

That’s what I thought when I heard about Williams’ suicide. He wanted to keep working. He loved the actor’s life. So did Bacall. So did Bogart and Wayne, for that matter.

Moliere died on stage, in the middle of one of his own plays. He sounds pretty lucky.