Feeling cooped up after all the rain this week? Head outside and enjoy some fresh air this weekend at the Piedmont Park Arts Festival. The two-day event will feature 250 artists, live music and classic festival eats.

The Atlanta City Council has approved legislation giving the Atlanta Police Department 60 days to evaluate the process and estimate the cost of adding security cameras to the city’s parks and recreation facilities.

The decision comes after residents have spent weeks on edge, and discussions of the city’s lack of security cameras in public parks, following the murder of Midtown resident Katherine Janness in Piedmont Park.

An estimate on how many cameras will be installed and when will be addressed once the 60 days have passed.

The Council also voted to delay any vote on the legislation regarding a lease agreement to build APD’s highly contentious public safety training campus. Council members may revisit the legislation on Tuesday, Sept. 7.

Lastly, a resolution was passed to remove the “The Lion of the Confederacy” statue from Oakland Cemetery.

The 1894 statue commemorates the dead of the Confederate armed forces, and in the cemetery’s modern explanation, it became one of the centers of “Lost Cause” gatherings, an ideology which perpetuated a distorted explanation of the Civil War and which promoted white supremacy.

When or if the statue will return to Oakland is unknown. 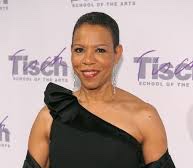 On Tuesday, Mary Schmidt Campbell, the 10th president of Spelman College, announced her retirement after seven years of leadership.

“I had always regarded the college as a national treasure and felt deeply honored even to be considered to lead such a historic institution,” Campbell said in a letter.

The letter noted that Campbell was retired when she received a phone call to apply for the position in 2014 and added that the call changed her life.

Campbell leaves the institution in high merit as U.S. News & World Report ranked Spelman No. 1 among Historically Black Colleges and Universities and No. 54 among national liberal arts colleges.

The letter concludes, “I have loved every minute of serving as the president of this truly singular institution.”

Campbell’s retirement will begin at the end of the 2021-2022 academic year. 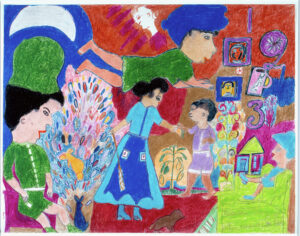 High Museum of Art: Exhibition to open of self-taught artist from Fayetteville

Just in time for Labor Day Weekend, the High Museum of Art is opening a second exhibition of self-taught art, this one by a woman known for use of vibrant colors to portray life in and around her native Fayetteville.

“Really Free: The Radical Art of Nellie Mae Rowe” is to open Sept. 3 through Jan. 9, 2022. The exhibit features almost 60 pieces of Rowe’s work, all drawn from the museum’s collection, and the High says this is the first major presentation of Rowe’s work in 20 years – and the “first to first to consider her practice as a radical act of self-expression and liberation in the post-civil rights-era South.”

“We are … honored to celebrate Rowe’s life and work through this exhibition,” Suffolk said in the statement. “Her art has been a fixture in our collection galleries for decades, and this exhibition allows a much-needed deeper look into her bold artistic production.”

Rowe is local, born in 1900 in Fayetteville. Work kept her busy until she was in her 60s, and she began sketching on found materials before moving to paper and other medium. The High’s statement says the exhibit displays Rowe’s “depictions of women, her childhood, images of her garden … and ruminations on death and the afterlife.”

Woman walking across the country for homelessness stops in East Point

Who are we as human beings if we ignore the suffering of others? That’s a question that Kim Denmark posed on her Facebook page, and she practices what she preaches.

Denmark is on a mission to walk across America to raise awareness for residents and veterans who are experiencing homelessness.

The Ohio native is making a pit stop at East Point’s City Hall on Saturday, Aug. 21, at 1 p.m.

So far, she’s walked 16 states, covered 6,460 miles and has worn out 34 pairs of shoes, according to a City of East Point press release.

Folks are invited to greet Denmark at City Hall and bring signs to show support. 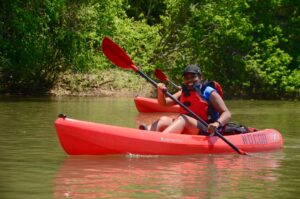 If there’s any doubt the pandemic is fueling an interest in paddlesports, it’s been challenged by the sold-out class for beginning kayakers sponsored Sept. 12 in Dahlonega by the Georgia River Network. GRN is adding names to a wait list.

The high demand supports GRN’s contention that the state needs to take immediate steps to improve water quality in Georgia rivers. On Sept. 13, the state has scheduled a public meeting to discuss its proposed water quality standards. GRN Peck wrote a guest column now posted on SaportaReport, and more information on how to submit comments on the proposed standard is available here.

The teacher of both kayak classes offered her thoughts on the rising interest in paddlesports and safety on the water. Andrea White, a certified instructor with the American Canoe Association and ACA’s Tennessee director, said in a statement: 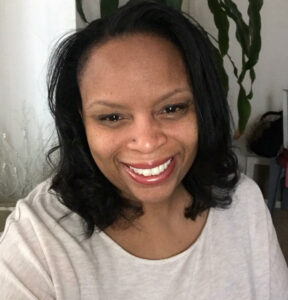 Turner will be the seventh recipient of the “Bonnie Strickland Champion for Children’s Vision Award” at the organization’s virtual annual meeting Sept. 10. She is being recognized for her leadership around the expansion of children’s vision serves in Georgia.

The highest honor, established in 2014, recognizes significant efforts by an individual or group of individuals to improve public health approaches for children’s vision and eye health at the state or national level.

Turner is being recognized for her unique approach in helping disadvantaged and underserved youth across Georgia access vision and eye care, with emphasis in Hall County where there is a significantly large Latinx population who experience barriers to eye care. She observed the significantly high rate of children who did not pass a certified vision screening (23 percent) in Hall County, compared with the state average of 8 to 10 percent.

“Shavette Turner began to advocate for us to put even more efforts to ‘complete the circle of care’ of children – to not be content to vision screen and refer, but to work even harder to help provide access to follow-up eye exams for the children who do not pass vision screenings and to provide eyeglasses for those who needed them,” said Jill Thornton, President and CEO of PBGA.

Turner and her team of 200 volunteers provided vision screenings to every elementary school child in the Hall County school system – 9,005 children in 20 elementary schools from kindergarten through 5th grades. The 1,665 children who did not pass the vision screening were invited for free comprehensive eye exams and were eligible to receive free prescription eyeglasses, if needed. As a result, 93 children were identified as having Amblyopia and almost 300 students started the school year in brand new glasses thanks to Turner’s efforts.

“The children of Hall County hold a special place in my heart,” Turner said. “I know that every school day, these children face language barriers and sit for special placement testing as a result.  Not being vision ready to learn was something I knew we could do something about.”

On Sept. 18, Dr. Yamma Brown will serve as Chair for the Partnership Against Domestic Violence’s 33rd Hearts with Hope Gala.

Brown is singer James Brown’s daughter, and she shared her experience with domestic abuse, within her parents’ relationship and her own marriage, in her book, “Cold Sweat: My Father James Brown and Me.” 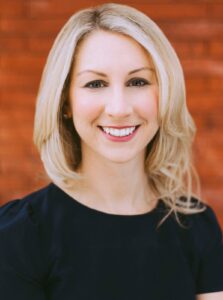 In her new role, Russ will identify direct and limited partnership investment and partnership efforts and will support inclusive financial services.

“Hiring Christina Russ as the Senior Vice President and Director of Strategic Investment Initiatives at Truist Ventures is an important step towards our goal of building a best-in-class team of private market investors,” said Vanessa Vreeland, Head of Truist Ventures.

“At Truist Ventures, we work closely with the companies we invest in, leveraging our executive-level talent, like Christina, and industry experts to help them grow and scale. This goes hand-in-hand with our efforts to deliver on Truist’s purpose to inspire and build better lives and communities through the innovation we fuel and the entrepreneurs we support,” she added.

Russ is also the co-founder of Empire Angels, a network of young professionals that invests in ventures to support young entrepreneurs. 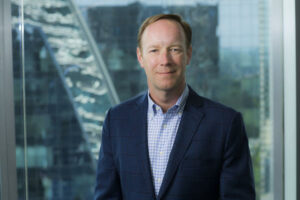 “Oglethorpe University is fortunate to have the guidance of two world-class leaders,” said Nick Ladany, president of Oglethorpe University. “Tim Tassopoulos has been instrumental in Oglethorpe’s successes and growth in recent years, and now Cameron Bready is the ideal leader to take us into our next exciting phase as we implement a new strategic plan.”

In a release, Bready said he was honored to have been named chair of the board.

“Oglethorpe University has a special place in my heart, and much of who I am today stems from my time as a student there,” Bready said. “I am excited to build on the strong momentum at Oglethorpe and to help propel this outstanding institution to its rightful place as one of the best regional and national liberal arts institutions in the United States.”

Oglethorpe University, founded in 1835, is Atlanta’s only co-educational small private liberal arts college. It currently has 1,450 students from more than 30 states and 30 countries.