The future of the Buckhead cityhood effort remains a mystery, but its place in Atlanta history is already assured. (Photo by Jason Weingardt, Unsplash)

Celebrate the month of Saint Cupid in the heart of the city with Heartbeat_ATL. The immersive art installation illuminates 20 acres with multicolored lights and pulsing red hearts projected onto nearby buildings. The exhibition is open from 7 to 11 p.m. every night through March 4 at Centennial Yards. The experience is free, and visitors can use QR codes posted along the streets to learn more about the artwork.

The project was conceived by Dash.Studio and curated by Courtney Hammond in collaboration with Project Awesome, ARRRTADDICT, and ZooasZoo. 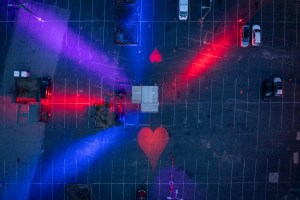 Other news from the week:

Signs advocating and in opposition to Buckhead cityhood. Photos by Buckhead City Committee (left) and Committee for a United Atlanta (right).

The future of the Buckhead cityhood effort remains a mystery, but its place in Atlanta history is already assured. The Atlanta History Center is seeking donations of materials from the advocacy and opposition campaigns to document this major political issue.

The History Center — which happens to be based in Buckhead — often conducts what it calls “contemporary collecting” of artifacts from current events that appear to be historically significant. Just weeks into the COVID-19 pandemic in 2020, it launched the “Corona Collective,” an effort to secure items and testimonies from the public. It also gathers materials from major political campaigns, such as the 2021 Georgia elections that saw an unusual double runoff for the U.S. Senate seats and drew national attention for swinging control of the body to Democrats.

History Center spokesperson Claire Haley said in an email that “generally, we’re looking to document elections/movements significant to Atlanta (for example, we have previous mayoral campaign buttons and other items).”

That certainly includes the unprecedented and divisive “Buckhead City” secession. Haley said that “we don’t currently have anything from the Buckhead City movement accessioned into the collection yet, either for or against, but would be open to receiving items if anyone in the public would like to submit objects for consideration.”

“We unfortunately can’t accept everything that is offered to us, but we rely on the public to help us gather comprehensive collections,” Haley added.

For details on how to donate items, scroll down to the FAQ at the bottom of this webpage.

The History Center may be able to get some memorabilia from close to home, as Sheffield Hale, its president and CEO, is his private role as a Buckhead resident has signed on as a supporter of the anti-cityhood Committee for a United Atlanta. 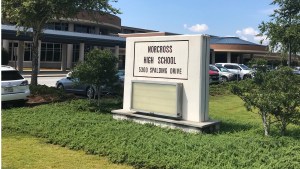 Norcross High School moved in 2001 to this building, where facilities have been kept modern through routine upgrades funded by sales tax proceeds. (Photo by David Pendered)

The Gwinnett County School District will have almost $1.5 billion in debt following the pending sale of $265 million in new debt, according to a rating action issued Tuesday by Moody’s Investors Service.

The district’s credit rating is the highest available, Aaa, and the outlook is stable, according to the rating action. The debt is to be repaid with sales tax proceeds. In addition, the district has pledged its unlimited ad valorem property tax levy.

The new money is to fund the construction of schools, improvement of existing schools, modernization of technology and purchase of new school buses.

Gwinnett’s enrollment has dipped during the pandemic. Full-time equivalent enrollment was reported at 177,401 students for the fiscal year that ended June 30, 2021. This figure was 2 percent lower than the previous year. Enrollment is expected to stabilize and recover during the current year, according to the analysts’ report. 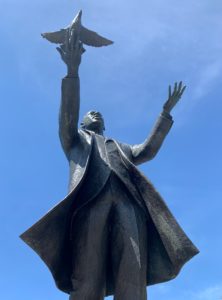 The 2022 Beloved Benefit has been rescheduled from Feb. 24 to July 7, 2022. The fundraising gala, held in the Mercedes-Benz Stadium, was postponed due to COVID-19 concerns.

“Our priority is the health and safety of all who attend and participate in this incredible event, and by moving the event to July, we hope to be able to gather more safely to support this important cause,” said Rodney Bullard, co-leader of the Benefit, in a press release. “We look forward to coming together stronger than before to increase awareness, raise funds and encourage economic mobility throughout Atlanta.”

The Beloved Benefit is based on the Beloved Community, an idea amplified by Martin Luther King, Jr., which aims to create a community free of poverty, hunger, homelessness and prejudice.

The Benefit has raised $5 million for local organizations that benefit the Westside.

Additional details will be announced closer to the event.

The Atlanta Regional Commission is accepting applications for its 2022 Regional Leadership Institute (RLI), with a deadline of March 15.

The week-long program will include local experts and panel discussions on some of the region’s most pressing issues, including housing, economy, transportation and water resources.

“The Regional Leadership Institute was a necessary and transformative experience for my leadership development and impact in the region. This experience offers the network to connect and learn from some of the region’s most impactful leaders,” Eshé P. Collins, Chair of the Atlanta Board of Education, wrote about her time with RLI. 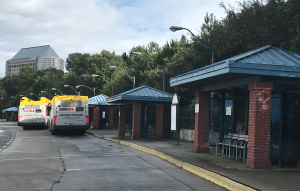 Cobb County has scheduled a virtual meeting Thursday for residents to review and discuss the proposed five-year update to the county’s long-range development plan.

Two additional virtual meetings on Feb. 17 and Feb. 24 are to be followed by an open house on April 14.

The county is in the process of completing the state-required update of its 2040 Comprehensive Development Plan. This document provides a guideline for growth, including the utility, transportation, and community facilities that are viewed as essential to county residents.

The update of the 2017 plan is to focus on five topics: existing needs and opportunities, land use, community work program, transportation and new broadband services.

“Defining US,” a documentary that tells the stories of minority students navigating race, poverty and school in some of the nation’s largest school systems, will be featured at the 10th annual Toronto Black Film Festival later this month.

The documentary was created by an all-women-led team, including former Atlanta Public Schools Superintendent Meria Carstarphen, the film’s executive producer.

The festival will be held virtually from Feb. 16 to 21, and folks can buy tickets for individual movies or as a package. Click here to secure a ticket for “Defining US.”

We couldn't be prouder and more excited to make our Canadian Premiere @TOBlackFilmFest @FondationFColas @globalnews @TD #CCC22 #TBFF22 Check out the link for ways to view #DefiningUS Children at the Crossroads of Change! https://t.co/VmnwvkryQY pic.twitter.com/LYhJ5hM4Vs 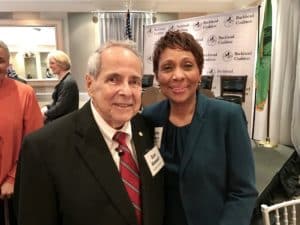 The Buckhead Coalition, an influential nonprofit organization involved in public safety issues and the cityhood debate, has selected a new chair for 2022.

Juanita Powell Baranco has been involved with the Coalition for years and has served as chair before, last holding the position from 2018 to 2019.  Baranco and her husband Gregory co-founded Buckhead-based car dealerships that were among the first owned by an African American woman. She continues to act as executive vice president and chief operating officer of the business. Baranco is also an attorney who previously served as a Georgia assistant attorney general. She is a former chair of the Georgia Board of Regents, which oversees the state university system, and has served on many corporate boards.

Founded in 1988, the Coalition is an invitation-only group of 120 civic and business leaders. In recent years it has undergone a significant transformation following the retirement of its founding president, former Mayor Sam Massell. Jim Durrett took over as president and CEO, while also still leading the Buckhead Community Improvement District and bringing both groups’ efforts closer together on such efforts as a “Buckhead Security Plan.” The Coalition also recently launched a new branding and mission statement that includes a focus on regionalism rather than just Buckhead.

“Our community, our city, and our region have many challenges and many opportunities,” Baranco said in a press release. “I look forward to working with our elected officials, business and civic leaders, and the Coalition’s team to bring us together and improve the quality of life for all our residents and businesses.”

The Coalition was among the first opponents of the Buckhead cityhood movement, and many of its members have individually expressed opposition as well. Along with Baranco taking over as chair from David Stockert, the Coalition announced that the chair-elect is Eric Tanenblatt, an executive with the legal and lobbying firm Dentons. Edward Lindsey, another Dentons lobbyist, co-chairs the anti-cityhood Committee for a United Atlanta. 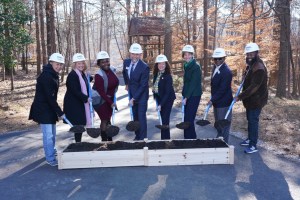 The new location is a unique one — nestled in the forest of Camp Timber Ridge. The camp, which sits on 220 acres in Mableton, Ga., is owned by the Girl Scouts of Greater Atlanta. The natural campus will allow students to explore, connect with nature and engage in outdoor STEM learning.

The Kendeda Fund has invested over $900 million since it began in 1993, currently providing $50 to $60 million in grants each year.

Click here to read more about the plans for Amana Academy West, opening its doors in August.