Reporter’s Notebook: COVID-19 coming off a peak, but wariness persists

So much for metro Atlanta’s usual Labor Day weekend joys, like watching the mix on Downtown streets of college football fans and Dragon Con costumers.  Or heading up to Midtown-centric Atlanta Black Pride events. Or browsing the stalls at the Decatur Book Festival.

Some college football will go on, but in the meantime, there are the virtual versions of Dragon Con, Atlanta Black Pride Weekend and the book festival.

On Monday, MARTA bus fares are returning after a pandemic suspension.

Fulton County should still expect a spike in demand for critical care hospital beds for COVID-19 patients, according to a consultant helping with the county’s pandemic response. 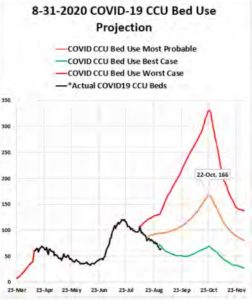 But the projected spike presented to the Fulton County Commission this week is shorter and later than what commissioners saw two weeks ago. The updated numbers from Doug Schuster with Emergency Management Services International say the most likely case now is a top demand for 166 COVID-19 care beds on Oct. 22.

Two weeks ago, the model, which is by the University of Washington, suggested a top demand for 200 such beds.

In any given day in late August, about 60 to 80 critical care beds have been in use for COVID-19 in Fulton. The COVID-19 demand comes on top of heart attacks and anything else that would normally fill hospital beds.

Grady Health System CEO John Haupert, speaking to the Atlanta Press Club on Thursday, said that their COVID-19 inpatient numbers are coming off a recent peak that pushed hospital capacity.

“We have a little bit of concern, to be honest, about what will happen now that school is back in session and so many kids are [there] in person,” Haupert said. “And also what may happen over the Labor Day Weekend.”

Oxfam America, an antipoverty nonprofit, says that going by worker protections, health care and unemployment support, Georgia is No. 50 out of 52 states and territories, in terms of best places to be a worker during COVID-19.

“The pandemic has exacerbated challenges facing low-wage working families in the US—but it did not create them,” the report reads in part.

Georgia has some of the smallest unemployment benefits in the country and Medicaid covers few folks compared to some other states. 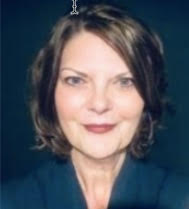 The Global Center for Medical Innovation, an Atlanta-based company that works on the development and commercialization of medical products, has named Sherry Farrugia its interim CEO.

Farrugia comes to GCMI from the Children’s Healthcare of Atlanta, Pediatric Technology Center at the Georgia Institute of Technology, where she was chief operating and strategy officer, spending the past 10 years focused on accelerating innovation for pediatrics.

The announcement came Tuesday, just days after the resignation of Tiffany Wilson, who had served as the CEO since August 2016.

Bunnie Jackson-Ransom “rewiring” her schedule, stepping down as CEO of First Class

Bunnie Jackson-Ransom, a co-founder and longtime CEO of Atlanta PR and marking firm First Class, says it is time to slow down after 45-plus years. 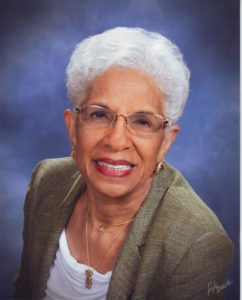 “I often tell this story, that when you see a ten-ton truck coming down the street and you are standing in the way, you should move,” Jackson-Rasom wrote in her announcement. “Well my ten-ton truck is father/mother time; and I need to and move out of the way before I get hit.”

Her Atlanta story goes back to 1975, when she arrived with Maynard Jackson, who she would later marry. She first worked at Clark College and then at Economic Opportunity Atlanta. But her longest tenure was  at First Class.

“My good friend [former state Rep.] Tyrone Brooks will not let me say I am retiring, I understand that he and Reverend Gerald Durley have come up with this new terminology for those of us who have reached the age where we really need to slow down; we are rewiring our schedules, taking a little break from time-to-time,” Jackson-Ransom wrote.

She’ll remain on the board of directors until there’s a replacement to supervise the daily routine of public relations and media relations.

“I will continue to dibble in community politics,” Jackson-Ransom wrote.

Before joining Atlanta Life, Bill served as the co-founder, chairman and CEO of Dobbs, Ram & Company, a fintech company, which was a sub-contractor engaged by the Internal Revenue Service to develop and maintain its e-filing system.

“I am excited to have the opportunity to grow with the practice,” Clement said in an announcement from Apex. “The financial planning industry offers services to consumers that are paramount to the foundation of all households in America. For that reason, the work that Apex is doing is notable and the way they are offering their services is an innovative approach to serving clients. I’m looking forward to assisting in showing more people how the power of financial planning can transform their lives.” 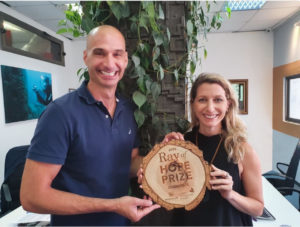 The Atlanta-based Ray C. Anderson Foundation and the Biomimicry Institute announced this year’s $100,000 Ray of Hope Prize has been awarded to ECOncrete Tech LTD., a company that develops environmentally-sensitive concrete products for coastal and marine infrastructure projects.

The Ray of Hope Prize celebrates and accelerates nature-inspired solutions to address the world’s environmental and sustainability challenges. It’s named for Ray C. Anderson, the flooring CEO who became a green hero when he rejected the petroleum intensity of his industry and set Atlanta-based Interface flooring on a path toward carbon neutrality and away from contributions to global warming.

The United Way of Greater Atlanta’s 200-plus employees will now have the option of taking loans through Salary Finance, which offers low-interest loans.

The idea is that employees who can avoid expensive credit card debt, or just borrow a little in lean times, are less-stressed, happier employees.

“Salary Finance’s program provides a valuable benefit in allowing employees to borrow funds at a lower interest rate than may be available in the market and to repay the loan via payroll deductions. We are looking forward to partnering with Salary Finance,” said Milton Little, president of United Way of Greater Atlanta in a statement announcing the deal.

All K-8 students and teachers in the state will have access to more virtual STEM education resources from the Georgia Youth Science and Technology Center, thanks to thousands in recent corporate donations, according to an announcement from the nonprofit.

Recent donations from AT&T, the Siemens Foundation, Lockheed and CSX ranging from $50,000 to $1,000 will support several projects, like video and online family STEM nights.

Since 1989, GYSTC has focused on providing programs to improve the teaching and learning process in STEM education for K-8 teachers and students, specifically in the rural and underserved school districts of Georgia.