Do you have a bike sitting in storage, collecting dust? Well, it’s time to bust it out because October is here, marking the start of “Biketober.” The month-long event encourages Atlantans to ditch their four-wheeled gas guzzlers in favor of healthier, more eco-friendly transportation. Participants that register and track their rides have the chance to win various prizes.

The ninth annual event is sponsored by Georgia Commute Options, powered by Love to Ride. It’s time to kick off the cobwebs and head outside!

On to other Atlanta area news: 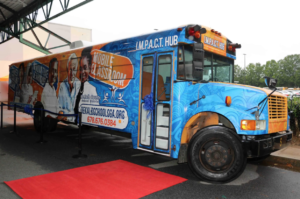 DeKalb County School District (DCSD) announced their new Mobile Impact Learning Hub for students and families who may not have access to transportation or who face linguistic challenges.

Described as “a classroom on wheels,” the vehicle is equipped with a library, computers, desks and internet access for families to use for free.

Superintendent Cheryl Watson-Harris said in a statement that the purpose of the mobile hub is to “create flexible, student-designed learning environments that increase access to information, resources and training in the comfort of our neighborhoods.”

The hub is designed as a mobile classroom supplied with resources, supplies and staff to allow students and adults to pursue education goals by removing the barrier of getting to a school campus.

DeKalb County Board of Education Chair Vickie Turner also said in a statement that the district is “seeking strategies that will allow us to reach our students in unique ways.”

The Atlanta Pride Committee is celebrating its 50th anniversary, marking the occasion with a mural by local artist Avery Harden, also known as Earth Mama.

The mural brings together local landmarks like the Chattahoochee River and the Earth Goddess at the Atlanta Botanical Gardens, combined with markers of LGBTQ+ pride like the rainbow flag.

“The mural just represents unity, visibility in the LGBTQ+ community,” Harden told 11 Alive. “[The mural has] a lot of intricate details that I encourage people to dive into the history of Pride in Atlanta,” Harden said. “I think that this is a conversation starter.”

The mural is featured on the side of Dad’s Garage Theatre, in partnership with the Atlanta Pride Committee and the Consulate General of Canada.

One of the candidates for the Atlanta City Council District 6 seat has withdrawn, leaving three contenders.

Justin Critz announced his withdrawal Sept. 23 without citing a reason. His name will not appear on the Nov. 2 ballot, according to Municipal Clerk Foris Webb III.

To read about the candidates in these and other races, see the SaportaReport/Atlanta Civic Circle Atlanta Voter Resource Guide. 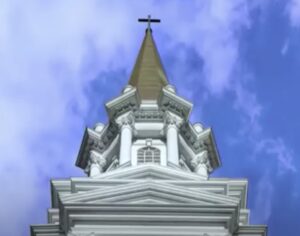 The 1,200-seat sanctuary once couldn’t accommodate all the members who came to hear Pastor Bill Self preach at the Wieuca Road Baptist Church, on Peachtree Road in Buckhead.

Now Self has passed away, the church is renamed, though still Baptist, and Atlanta has delayed for a month the review of plans for the campus to be developed with enough office space to fill half of Lenox Square and a total of 457 dwelling units – 400 of them in a high rise structure. Details are available in the July 23 review of plans by the Atlanta Regional Commission.

The church’s application for land use changes was waylaid Monday by technical problems at the Atlanta City Council. A public hearing to consider the Wieuca matter and others was cancelled after the dial-in feature of the virtual hearing failed.

The proposed development is the church’s response to the fall-off in attendance that was common in Protestant denominations before the pandemic. The church’s share of money spun off by the mixed use project is to help fund mission work, and maintenance of the existing and planned church facilities. 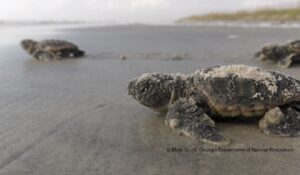 Loggerhead hatchlings make their way from nest to ocean. (Photo by Mark Dodd)

A baby sea turtle emerged from a nest Wednesday on Georgia’s coast, likely one of the last in a season that has been solid but not the record-setting year that was 2019.

The critter was a loggerhead and it emerged from a nest on Cumberland Island, according to the report posted by seaturtle.org. Cumberland typically produces the last of the stragglers, and they typically are loggerheads who emerge in the first week of October.

Georgia’s coast occupies a special place in turtle-monitoring history. In 1964, University of Georgia Professor Jim Richardson started the Little Cumberland Island Sea Turtle Project. It’s the oldest loggerhead monitoring project in North America and is tied for world’s oldest with a program started the same year in South Africa, according to a statement from Georgia’s Department of Natural Resources. 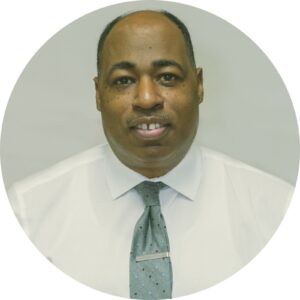 The Grove Park Foundation, an organization dedicated to improving the quality of life for residents of Grove Park, has named Gavin McGuire as the new executive director.

“The mission of Grove Park Foundation is at the heart of my personal and professional experience,” he said in a press release. “I am passionate about valuing, listening to, and working with community. I chase impact. The Atlanta Westside is my home. I can’t wait to begin working side-by-side with the Board, the staff, partners and members of this strong, historic Grove Park community to build equity, opportunity, shared prosperity, respect and hope.”

Since its founding in 2015, the organization has raised and invested nearly $80 million into the neighborhood through efforts like establishing a health clinic and building 110 affordable housing units.

Design is all around us, impacting the way we interact with our surroundings and each other. The Atlanta Design Festival wants to celebrate that union — taking a look at design and how the industry can aid economic growth.

Founded in 2007 by the design and marketing firm MA! Design Is Human, the festival is giving its 2021 edition the theme “Reconnecting the Community.”

From Oct. 2-10, visitors can hear from experts, participate in workshops and go on local tours.

Among the many events:

* Tours of Midtown’s Colony Square mixed-use remake and of Serenbe, the planned community in Chattahoochee Hills;

* A discussion on the rise of the grocery delivery service Instacart during the COVID-19 pandemic;

Some events are virtual and some are in person. Some have a charge and some are free. Learn more about the Atlanta Design Festival here.