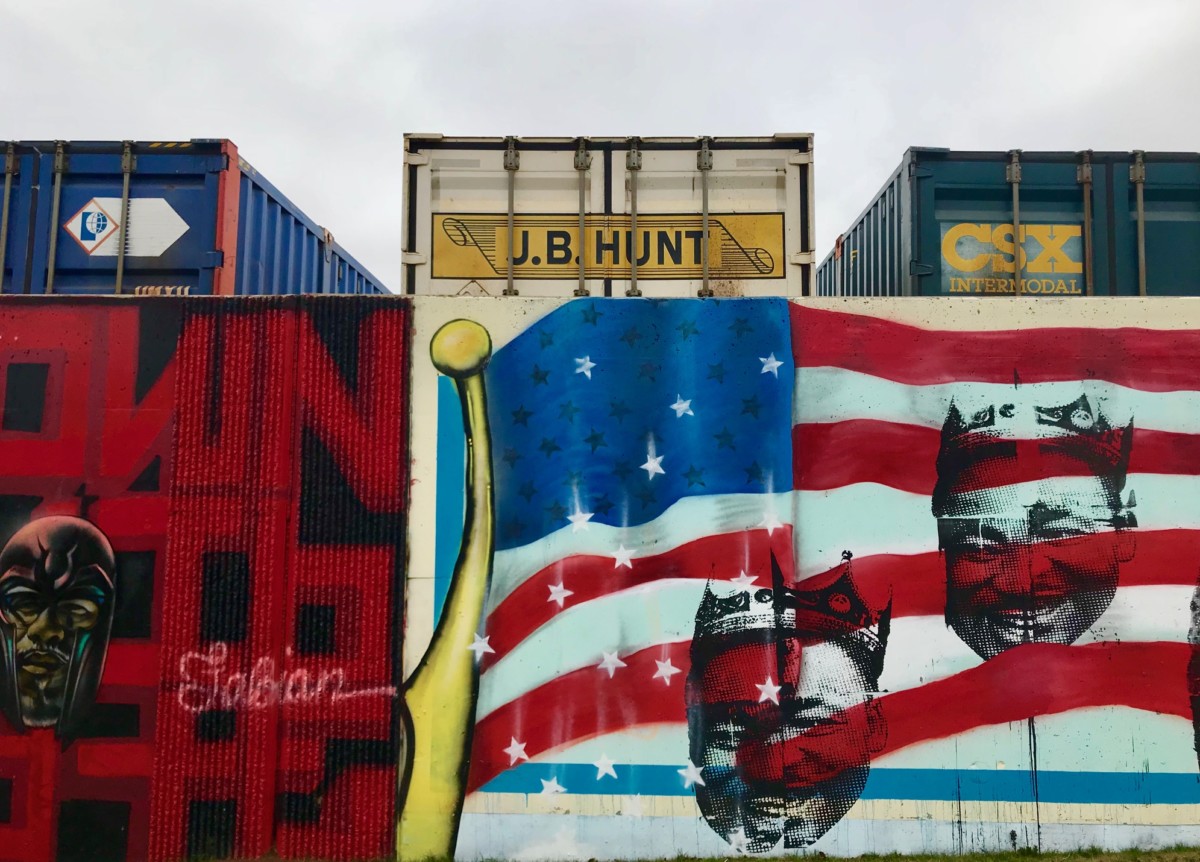 Happy Independence Day! Georgia’s COVID-19 numbers are still on the rise so it’s not the year for thousands of sweaty strangers to squeeze together in parks for fireworks. The city of Tucker is still doing fireworks Friday night, but is asking folks to find a socially distance place to view the show.

About 1,400 Georgia medical professionals have signed a letter asking Gov. Brian Kemp to mandate masks in public, but he’s declined. But the governor has vaguely threatened the college football season, saying fall football will be a “tall task” if people don’t start masking, like, right now.

This weekend, consider some socially distant July 4 ideas.  Central Atlanta Progress recommends virtual tours and grilling at home.  And who knew? Ted’s Montana Grill will now deliver bison (and other meat) to your house.

On to other news this week.

The Atlanta Land Trust wants to partner with others to get 300 permanently affordable, energy efficient homes in target areas mainly around the BeltLine by 2025, according to its new strategic plan. 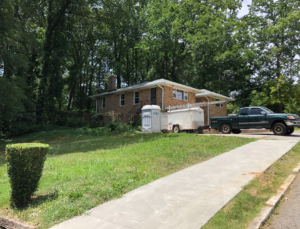 The Atlanta Land Trust works with partners to get affordable homes on the market. This one in Washington Park was renovated by The Georgia Trust for Historic Preservation. (Credit: Special)

The ALT is what’s called a “community land trust.” Community land trusts generally work by building or buying homes and land, then keeping the land, and selling the just the home to a low-income buyer. That way, a family can get into a home and build wealth without the extra hurdle of having to have enough money to buy the land too.  And whenever that family is ready to move on, the rules say they also have to sell to a low-income family.

The nonprofit is also doubling down on internal steps to help with an overall goal of addressing racial disparities and inequities in housing — like setting up a policy to recruit and retain a diverse staff.

If you’re looking for a home, check out ALT’s listings and how to get involved.

Federal funds trickling down to stave off evictions

With unemployment numbers at record highs, it seems pretty clear that lots of evictions will be coming in metro Atlanta once courts reopen.

And some of the folks who have long been in the affordable house space are preparing for it.

One big donor is the Cobb County Commission, which is granting the fund $1.5 million in federal CARES Act money. The Fund will identify affordable apartment communities in Cobb where residents are most in need of temporary assistance to help them avoid eviction. 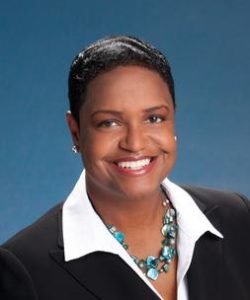 “Time is of the essence, in two senses,” says Audrea Rease, executive director of Star-C. “Families who are in need can’t wait and the CARES Act funding has an expiration date – in our case December 30. Our mission is to reduce transiency – in the form of preventable moves that disrupt families, work, learning for kids and for communities – and during this pandemic that need is greater than ever.”

In Cobb County, the Fund can cover up to 70 percent of outstanding rent for two months at qualifying apartment communities. Tenants contribute 20 percent of the outstanding rent, and landlords waive 10 percent, plus late fees and other penalties. Qualified landlords will sign up for the program and pre-screen tenant applications from those in need and who want to apply for relief.

The Fund is also looking to help people transition out of extended stay hotels and into apartments by covering security deposits and the first month’s rent.

Donate to or apply for help from the fund here.

Inspiredu’s mission is to help underserved youth develop the skills needed for education and career success through technology-based learning tools and engagement activities with their families, communities, and schools.

And Inspiredu will still led by longtime CEO and President Richard Hicks.

If you want to donate tech equipment or skills, check out how here.

Brookhaven is moving ahead with the planned update of its tree ordinance. The city’s tree canopy consultant has delivered its report and the Brookhaven City Council is slated to revise the policy and hire a tree manager in the coming months.

Brookhaven is losing its tree canopy. Some 289 acres of tree canopy was eliminated from 2009 to 2019. of this amount, the loss of 258 acres was related to single family houses, according to the 2020 Urban Tree Canopy Assessment.

The assessment was presented to the council at its June 22 meeting. Highlights of the assessment show the following coverages of the city’s 7,805 total acres:

The survey was conducted and prepared by PlanIT Geo, LLC, of Arvada, Co. The company provided this recommendation in its final report, dated May 2020: 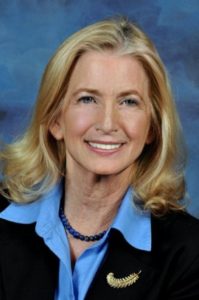 The Center for the Development and Application of Internet of Things Technologies  is moving to the Ivan Allen College of Liberal Arts from its founding home at the Georgia Tech Research Institute.

Why?  Well, all kinds of devices are tracking us and talking to each other, from refrigerators to surveillance cameras to, um, smart coronavirus masks. There are a lot of potential problems with all this besides the technical.

The move will allow for a more intensive focus on the many critical social and policy issues facing the IoT field while maintaining the Center’s deep expertise in technological issues, according to Marilyn Brown, interim chair of the School of Public Policy.

Atlanta will have a huge polling place this year, as the Atlanta Hawks will let the county use the State Farm Arena and the work of team staff for early voting.

Any Fulton voter will be able to go to the arena to vote early in both the July runoffs and for the November General Election. The MARTA station at the arena will be open and Hawks owners even promise free parking. 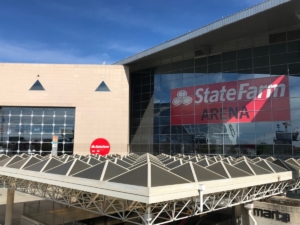 “This will be a challenge to 29 other coaches in our league of if they can get this done,” said Hawks Head Coach Lloyd Pierce at a Monday press conference. “We want to get 30 cities in our country being able to take part in everyone’s right, which is the right to vote.”

Fulton election leaders blame the long lines in primary voting this year in part on staff and normal polling place dropping out due to COVID-19. Places like, say, senior apartment buildings, aren’t trying to open their doors to voters.

The Hawks are donating the venue and staff at no charge to the county.

But, of course, this is a street that goes in two ways, as it generally does with sports venues. The arena is actually owned by a joint Atlanta-Fulton public authority and it’s leased to the Hawks. In 2016, the city agreed to spend $143 million in public funds on a renovation of the arena for the Hawks. The public money comes mainly from an extension of Atlanta’s rental car tax. The Hawks kicked in $50 million for the renovation and agreed to stay in Atlanta through 2046.

Want to vote at the arena? Opening days and hours for the arena (and all of Fulton’s other early voting sites) are on the county’s website.

No quick fix for affordable housing shortage, as evidenced by project in Oakland City
David Pendered October 9, 2019 11:52 am