Protests continue in Georgia. People fed up with black deaths in police custody are still in the streets. And COVID-19 is too.

Thursday night, Atlanta police protest-related arrests were in the single digits for the first time since people began taking to the streets Friday. Overall, APD has arrested 526 people, the vast majority for breaking curfew, disorderly conduct, blocking a public way or pedestrian in the roadway.

Now on to more: 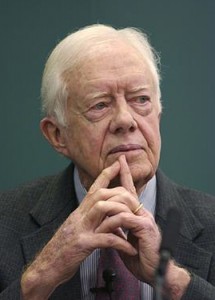 “Rosalynn and I are pained by the tragic racial injustices and consequent backlash across our nation in recent weeks. Our hearts are with the victims’ families and all who feel hopeless in the face of pervasive racial discrimination and outright cruelty,” wrote former President Jimmy Carter in an email from the peace-waging Carter Center on Wednesday.

“We all must shine a spotlight on the immorality of racial discrimination. But violence, whether spontaneous or consciously incited, is not a solution,” he continued.

He called on people of power, privilege and moral conscience to “say ‘no more’ to a racially discriminatory police and justice system, immoral economic disparities between whites and blacks, and government actions that undermine our unified democracy.”

We’re better than that, the former president proclaimed.

The U.S. left the 1992 Open Skies treaty, which allows 34 countries to make reconnaissance flights over each others’ territory under certain rules.

“This decision will erode the collective ability of the United States and our allies to monitor Russian military activities and facilities and undermine U.S. cooperation with key allies and partners,” wrote Nunn with Ernest J. Moniz last month, as co-chairs of the Nuclear Threat Initiative.

NTI is a Washington-based foundation that works to prevent attacks with weapons of mass destruction. And Nunn’s Senate work on nuclear disarmament is part of why he’s been nominated for a Nobel Peace Prize. 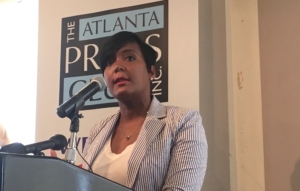 Atlanta Mayor Keisha Lance Bottoms is putting together an advisory committee to review police rules on use of force.

“While an open dialogue on racial injustice is desperately needed, action is needed as well,” Bottoms said in a press release announcing the committee.

The advisory committee will be made up of “community members and partners.”

Bottoms wants preliminary advice by June 18 and a fuller report next month.

Let’s be clear: Fulton County is indeed spending most of the roughly $104 million it’s getting from the feds to fight COVID-19 on acute demands: testing, personal protective gear, deep-cleaning public buildings, isolation space for the jail and so on.

But federal rules also allow local governments to use stimulus dollars on another demand of a quarantined public: library e-books and audio books.

Some $838,000 for digital library materials were part of Fulton’s emergency COVID-19 procurement last month, as approved by the county commission this week. 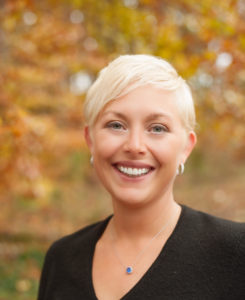 The Piedmont Park Conservancy has named Courtney Bugler as its new chief development and marketing officer.

Bugler has over a decade of experience working in fundraising and nonprofit leadership, including her most recent endeavor with Susan G. Komen as the National Director of the Race for the Cure and the More Than Pink Walk Series. She also has held development roles at the Atlanta Humane Society, JDRF and more.

“I couldn’t be more excited to join Piedmont Park Conservancy, an organization with such a history in Atlanta,” Bugler said. “Piedmont Park is the heart of our community, and as we’ve seen in recent weeks, vibrant greenspace is more important than ever. As the world has changed in the past couple of months, the need for support has only increased. I’m honored to apply my skills and passion to this role.”

The Piedmont Park Conservancy partnered with BoardWalk Consulting, a national firm based in Atlanta in the search.

The Georgia Humanities Council announced last month a total of $634,200 in CARES Act Emergency Operating Grants to 77 museums, libraries, historical societies, colleges and universities and other organizations across the state.

The grants range from $5,000 to $15,000, and they were awarded based on the applicant organization’s humanities programming mission, demonstrated need, and annual operating budget.

Some grants will allow organizations to keep staff employed; others will use funds to protect facilities and collections; some will offer virtual programming; and others will plan and train staff to prepare for facilities to reopen observing public health recommendations for reduced crowd size and social distancing.

“Georgia’s humanities organizations play important roles in our state,” said Georgia Humanities President Laura McCarty. “Georgia Humanities is distributing 100 percent of the funds that were entrusted to us by the National Endowment for the Humanities and the U.S. Congress to assist with this vital work during this challenging time of change.” 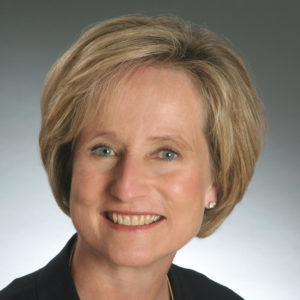 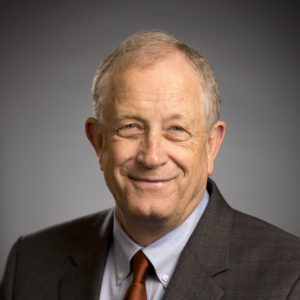 Kaiser is vice president of community and economic development for Georgia Power, leading the company’s efforts to recruit new industry to the state. Kaiser’s department is credited with bringing in 279,000 jobs and $53 billion in capital investment to Georgia over the past two decades.

Ross is president and CEO of the Task Force for Global Health, one of the largest nonprofits in Georgia and the country. Ross, a recognized leader in global health, has led collaborative programs to strengthen information capacity of public health systems in the United States and other countries for more than three decades. 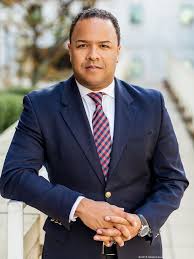 The board of 1st Choice Credit Union has named Cassius F. Butts as its new president and CEO.

Butts is the founder and CEO of Capital Fortitude Business Advisors, a boutique management-consulting firm that offers strategic programming, access to capital, and business development services.

Butts, a graduate of Morehouse College, also served as the regional administrator of the U.S. Small Business Administration under President Barack Obama. He also serves as chairman of the Fort McPherson Local Redevelopment Authority. 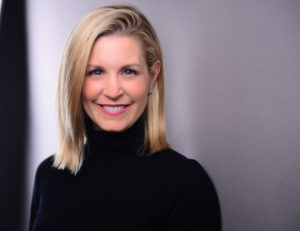 Moseley attained both her Bachelor and Master of Accountancy from the University of Mississippi. She then began her career with Ernst & Young, LLP, in the Audit and Assurance practice.

Moseley joined Kloeckner Metals in 2002. Preceding her current role of executive vice president of finance at the company, she was head of governance and finance transformation for Kloeckner Metal’s parent company, Klöckner & Co SE, in Duisburg, Germany.

“Andrea brings with her passion, dedication and a can-do attitude that will help further fuel Kloeckner Metals’ pursuit of commercial and operational success,” said John Ganem, CEO of Kloeckner Metals.

Donald Horton is stepping down as board chair of the Roswell Arts Fund due to personal time constraints, the nonprofit announced Monday.

Scott Hitch, RAF board member, Roswell business attorney and guitarist in the band Along for The Ride, will take over the chair post.

June 14, 5 p.m. to 7 p.m.: A play by Atlanta actor and playwright Avery Sharpe shares the virtual table with University of Baltimore Law School professor Daniel Hatcher, author of the Poverty Industry, for this month’s edition of Equitable Dinners. That’s a series of free, live, monthly conversations featuring art, experts and a chance for neighbors to connect to talk about race and equity. This year’s Pulitzer Prize winner for poetry, Jericho Brown, will also read a work. Register here.