William Hartsfield wasn’t just one of the namesakes of the world’s busiest airport, or of a gorilla late of Zoo Atlanta. Hartsfield was the mayor of Atlanta for an incredible 23 years, starting the first time in 1937.

Atlanta has since enacted term limits for mayors. And in 1971, it named the airport for the mayor who, as an alderman, had pushed to lease the Candler Speedway racetrack for an airport back in 1925.

It’s getting near the anniversary of Hartsfield’s birth, March 1, 1890.

On to more news from metro Atlanta (and beyond):

Back in 2019, Atlanta became a pilot city for the Jewish Future Pledge, a way to ensure legacy giving in Jewish communities across the country. 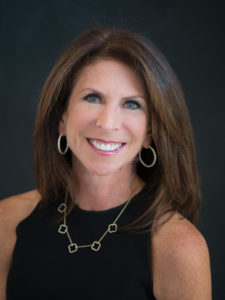 Earlier this week, the Atlanta Jewish Foundation and the Jewish Federation of Greater Atlanta announced that it reached a milestone of 200 pledges from Atlanta.

The Jewish Future Pledge calls on Jews to sign a pledge that commits half or more of the charitable giving in their estate plan to support the Jewish people and/or the State of Israel. Whether it is for $10 or $10 million, every pledge contributes to securing a Jewish future.

The Atlanta Jewish Foundation began working on the initiative more than 18 months, and it has developed personalized services to help families define and implement their Jewish Future Pledge through tangible gifts to causes they most care about.

“With the largest intergenerational wealth transfer in history currently underway, Atlanta Jewish Foundation is proud to be a leading city in the Jewish Future Pledge,” said Beth Paradies, chair of the advisory committee of the Foundation. “Our leadership is extremely pleased with the success that we have experienced in Atlanta so far.” 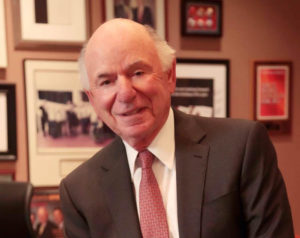 Atlanta Jewish Foundation is now part of a cohort of 11 local federations across North America working on getting people to commit to the pledge. The partnership comes at a critical time for the Jewish community, which has been feeling the social and economic impact of the COVID-19 pandemic.

“The Jewish Future Pledge is thrilled to partner with local Federations and Foundations like Atlanta Jewish Foundation across North America as we work together to support the critical work of securing our Jewish future for Jewish communities big and small,” said Michael Leven, who is a co-founder of the Jewish Future Pledge. “Our strategic partnership will accelerate our new movement’s expansion across the country as we work to secure the funds needed to ensure that Jewish life is sustained for generations to come.”

Haroun Wakil, a founder of the Street Groomers, has died, according to media reports.

Street Groomers, which started in Wakil’s West End home base, organizes residents to patrol and clean up their own communities. Wakil could be found simply walking the streets, greeting people, keeping an eye on things and training young people to do the same.

And Wakil himself seemed to be present anywhere with anybody demanding justice, equity and fair treatment for Atlantans, especially west side residents threatened by things like gentrification and police brutality.

“He has been here so many times protesting against people here at the Capitol, but at the end of the day, whether you’re Republican, whether you’re a Democrat, whatever your socioeconomic background is, he just wanted to fight for what was right,” Mainor said.

Wakil was said to suffer from seizures, according to 11 Alive, and was found unresponsive by friends this week.

Gunshot damage has been found on a historical marker outside Cairo set up to commemorate the birthplace of Jackie Robinson, the first African-American player in Major League Baseball and a Civil Rights activist.

It’s the latest in a “troubling uptick” in vandalism that’s been carried out against several other makers including those commemorating Civil Rights figures, according to the Georgia Historical Society, which puts up the iconic black rectangular signs in partnership with communities and organizations across Georgia.

“Jackie Robinson is one of Georgia’s most famous native sons and is justly lauded not only for breaking baseball’s color barrier, opening the door for others like Henry Aaron to follow, but also for his Civil Rights activism beyond the baseball field,” said W. Todd Groce, president and CEO of the Georgia Historical Society in a press release announcing the vandalism.

He went on to say that the GHS historical marker program needs an endowment to help it replace damaged markers and to help it tell all of Georgia’s history.

Vincent van Gogh is officially coming to Atlanta — his art, at least.

“Van Gogh: The Immersive Experience,” a multi-media event, will be staged at Pullman Yard from May 19 and it will run for several months.

Historic Pullman Yard sits on 27 acres in Kirkwood and was once used to produce agricultural machinery and repair Pullman sleeper cars.

The site is known for its industrial dystopian look, wall-to-wall graffiti and a feature in Baby Driver.

Atlanta is the first stop on the exhibition’s North American leg.

Visitors will be surrounded by larger-than-life projections of Van Gogh’s work, accompanied by music and unique lighting.

Over 65,000 tickets have already been sold, according to a press release.

See a YouTube preview of the Van Gogh exhibit.

March 8:  The International Women’s Forum of Georgia hosts panelists from the Bill & Melinda Gates Foundation, The Carter Center, Spelman College and the world of arts, ministry and more for its International Women’s Day virtual forum. With the event, IWFG aims to “inspire, educate and activate Atlantans to advance the place of women locally, nationally and around the world.” Check out the agenda and registration for the program, “Educating & Informing Women and Girls in the wake of 2020.”