On Feb. 12, 1733, James Oglethorpe and 114 colonists came up the Yamacraw Bluff on the Savannah River to found a British colony of Georgia.

Oglethorpe, a social reformer, joined the work of setting up a colony in part to make a refuge for Britain’s “worthy poor.”

Though enslaved people from South Carolina did much of the work to clear land at what would be early Savannah, slavery and large landholdings were otherwise prohibited in the experimental, somewhat utopian colony at first. But less than 20 years later, leaders started relaxing the prohibitions.

On to news from Metro Atlanta this week:

The Georgia Access to Medical Cannabis Commission announced those application numbers this week.

Now the Commission has two next steps: One is to evaluate the proposals from those 70 companies. Commission Executive Director Andrew Turnage said via press release that the public can look for exciting announcements in late spring or summer.

In parallel, the Commission also has to work on how to get the cannabis distributed once it’s made by the producers. State law sets out some guidelines — for example, independent pharmacies may be able to act as dispensaries. But it’s early stages yet in setting out rules, regulations and the licensing process for distribution.

Until the Commission sets up legal channels, it remains illegal for the roughly 14,000 Georgians on the state’s medical cannabis registry to buy or possess low-THC oil — or anything else that has cannabis in it.

Arthur Blank only Georgian on list of top 50 philanthropists

The Chronicle of Philanthropy ranked Arthur Blank and his family foundation as No. 23 among the top 50 philanthropists in 2020.

Coming in second? It was Bezos’ ex-wife, MacKenzie Scott, who gave $5.7 billion in 2020, who made donations to 512 organizations, including food banks, human services organizations and racial justice charities.

Atlanta Habitat for Humanity has a new board chair – Danielle Cheung, senior vice president and market executive at Bank of America. 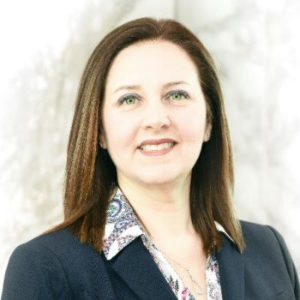 Cheung joined the Atlanta Habitat board in 2017, and she served as vice chair of the organization for two years.

“Habitat is fortunate to attract top executives from local and national corporations who are committed to our mission,” said Lisa Y. Gordon, Atlanta Habitat president and CEO. “With the affordable housing crisis reaching a fever pitch, Atlanta Habitat is honored to have a powerhouse of leaders helping us to advocate for access to affordable homes.”

Atlanta Habitat and its board of directors and advisory council will see construction begin on Browns Mill Village, a $25 million affordable home community, and a second Atlanta Habitat ReStore and Service Center open in South Fulton County in 2021.

Healthy Mothers, Healthy Babies Coalition of Georgia has named Kyesha “Ky” Lindberg as its executive director, succeeding Elise Blasingame, who served in that role from 2016 to 2020.
Lindberg brings more than 15 years of leading transformational community programs as well as strong advocacy experience on behalf of young children and families.

Prior to joining the HMHBGA team, Lindberg served as the regional lead of Early Childhood Partnerships for LENA, where she managed systems and state level partnerships in 13 states across the Midwest and Southeast. Lindberg also served as the senior community liaison for Rep. Sander Levin (D- Michigan), concentrating on reducing systematic barriers in education and healthcare.

“HMHBGA is very excited to welcome Mrs. Lindberg to the team.” said Johnecia Mason, board president of the nonprofit.  “We look forward to her continuing the long standing mission of the organization, as well as a fresh new approach to maternal and infant health during these very different times.”

“As I have worked to bolster the education, health and wellbeing of families throughout the Southeast, I have learned just how critical supporting mothers and children are not only to families but to the economy and community as a whole,” said Lindberg, adding she looks forward to expanding “services and reduce systemic barriers  for mothers and their little ones in communities across Georgia.”

The 90-ft tall homage to the Confederacy on the front of Stone Mountain serves as a point of contention within Georgia. 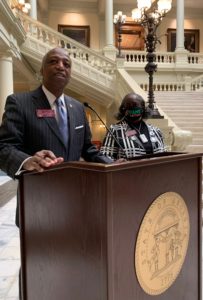 Last week, state Rep. Billy Mitchell, a Stone Mountain Democrat, introduced House Bill 277, which would allow the carvings to be removed. “It’s not a matter of if they will come down. It is a matter of when,” Mitchell said during a press conference.

State Rep. Shelly Hutchinson, D-Snellville, proposed HB 237 and HB 238, which intend to ban all references to the Confederacy from the park, excluding museums and Civil War battlegrounds.

“When I look up and see Confederate monuments everywhere, I don’t need a reminder of my family’s trauma,” said Hutchinson at a press conference.

On the other hand, Rep. Tommy Benton, R-Jefferson, introduced HB 220, which would require two members of the Stone Mountain Memorial Association board, an agency that governs the park, also be members of the Sons of Confederate Veterans.

Krispy Kreme on Ponce “a total loss” from fire 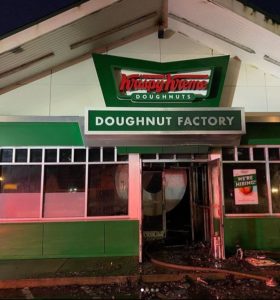 According to the Atlanta Fire Rescue, two employees were present when the fire started but were left uninjured.

Firefighters arrived on the scene to a large amount of flames and posted online that the store “appears to be a total loss.”

Owner Shaq posted a video of the wreckage online, adding that “we will be back stronger than ever.”

Many residents have paid homage to the store on social media, expressing their sadness over losing a staple within the city.

The Freedom Park Conservancy is seeking public input for a new master plan, which will guide the park for the next 25 years.

Residents are encouraged to give their opinion through an online survey, which lists the proposed projects for the park.

The 207-acre park has been divided into six zones, and citizens can rank which projects should be prioritized by the city.

A Jackson Street overlook, an urban food garden and Lake Lewis, named after the late John Lewis, are among the proposals for the space.

The Freedom Park master plan survey is open through Feb. 22. 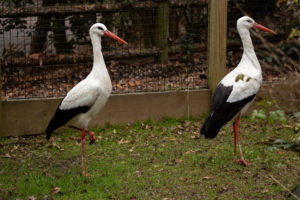 In the wild, these opportunistic carnivores would normally divide their time between Africa, Europe and Asia. Their wingspan can reach six feet.

Storks aren’t endangered, but they do face the same problems as other animals, like wetland degradation, land-draining and dam-building.

Zoo Atlanta is open via timed tickets.  Masks are required.

The first cohort of 14 creative media apprentices is starting to work this via re:imagine/ATL’s EMERGE: Apprenticeship Program.

Partners include the Arthur M. Blank Foundation, Arts2Work, Atlanta CareerRise, and Reel Works. They’ll provide technical career training and soft skills development for students who are not enrolled in school and are unemployed or underemployed.