Georgia on My Mind … In 1930, musicians Hoagy Carmichael and Stuart Gorrell wrote the now-classic song. Many artists recorded the song over the years, but Ray Charles put it on the map. After Charles performed “Georgia on My Mind” for the Georgia General Assembly in 1979, it was named the state’s official song. The famed singer passed away on June 10, 2004. Read more of the behind-the-scenes from Today in Georgia History. 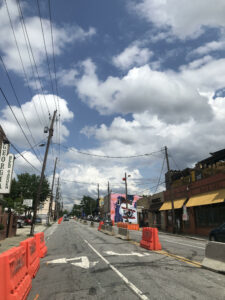 The section of Edgewood Avenue will be closed to cars from 10 a.m. on Friday’s to 10 a.m. on Monday’s. (Credit: Hannah E. Jones)

If you’re looking for a break from the car horns and exhaust fumes, lace up your walking shoes and head over to Edgewood.

This summer, the block of Edgewood Avenue from Jackson Street to Boulevard will be closed to cars on the weekends.

The area has a large nightlife draw, with several popular bars lining the street, bringing in big crowds and reckless drivers.

“The one-block closure has been requested by businesses for over five years. It is largely to create a safer environment for patrons of area bars and restaurants,” Farokhi told Eater. “Sidewalks are incredibly narrow, crowds can be large, and streets have, at times, been resident to dangerous car tricks. This legislation was for this block only and for the summer. We’ll see how it goes.”

The family of Secoriea Turner, an eight-year-old fatally shot last summer, has filed a lawsuit against the City of Atlanta.

The lawsuit alleges that Mayor Keisha Lance Bottoms, then-interim Police Chief Rodney Bryant and Councilperson Joyce Sheperd allowed the “lawlessness, violence and vigilantism” that led to her death, according to CNN.

The lawsuit also named Wendy’s International, stating that the company was responsible for keeping the area safe.

Last July, Secoriea and her mother Charmaine drove through a protest near Wendy’s, where an Atlanta police officer fatally shot Rayshard Brooks. When Charmaine tried to turn around in a parking lot that was illegally barricaded, someone opened fire on the car.

According to the Atlanta Journal-Constitution, before the shooting, Bottoms planned to have police clear the area, but Sheperd asked for time to negotiate with protestors to diffuse the situation.

Sheperd released a statement, only to decry Secoriea’s murder, in which she wrote, “It’s been nearly a year since the loss of Secoriea Turner. The pain still resonates with me, within the community and the city at large. My heart is with the family and those who have been impacted by this loss. In the wake of the tragedy, I am aware of the lawsuit that has been filed on behalf of the family. I have been in contact with our law department and will not be making any official statements related to the lawsuit.” 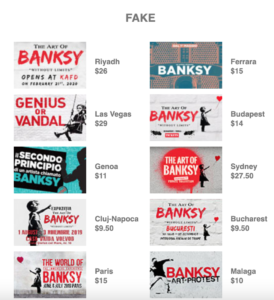 Banksy calls out unauthorized exhibits on his website. (Image taken from site.)

Banksy’s artwork is coming to town.

The Art of Banksy: Without Limits is set to debut on Sept. 3 at the Westside Cultural Arts Center.

We all know his name but not his face. Banksy is an enigma, known for his unique stenciled work and aversion to the public eye. He even pokes fun at himself in his Instagram bio, saying he’s “an overrated graffiti artist.”

The show will feature over 140 pieces of work, including original pieces, sculptures, murals and some reproduced art.

The exhibit was first held in Europe and Australia, drawing in over 900,000 visitors, according to the website.

But, the fine print states that the exhibit is unauthorized, meaning the artist hasn’t given permission for the show.

Banksy posted a statement on his website saying, “Members of the public should be aware there has been a recent spate of Banksy exhibitions, none of which are consensual. They‘ve been organised entirely without the artist’s knowledge or involvement. Please treat them accordingly.”

For any art fanatics who can’t help themselves, click here for ticket information on The Art of Banksy: Without Limits. 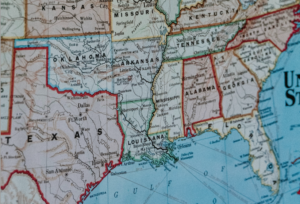 Until 2013, the 1965 Voting Rights Act required Georgia to get federal approval for changes that impact voting. (Credit: Unsplash)

For the first time in about 50 years, Georgia state lawmakers won’t be watched over by the feds as they redraw their own political districts and congressional district boundaries.

“It’s [an] absolute certainty that they (Georgia lawmakers) will gerrymander the districts without any compunction about fairness,” attorney Emmet Bondurant told SaportaReport’s sister site Atlanta Civic Circle this week.

Leaders at the Georgia Redistricting Alliance, a redistricting advocacy group, think that the process isn’t accessible enough to residents. In a press release, the GRA says that draft maps aren’t available to the public yet and language gaps are unaddressed.

Residents can sign up for public comment at Tuesday’s meeting, but it’s unclear what the committees will do with the feedback. 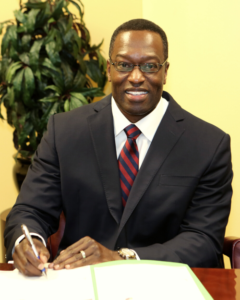 Frankie L. Atwater, Sr., an experienced business leader, has been named the new president and CEO of the DeKalb Chamber of Commerce.

“The hiring of Frankie Atwater Sr. constitutes more than just the acquisition of a president and CEO for the chamber membership,” said Trevor Quander, chair of the DeKalb Chamber. “With over 100 qualified applicants and a stiff array of competition, Frankie’s experience in resource acquisition, planning and development and his passion for community, stood head and shoulders above them all. We are fortunate to have him.”

Atwater said he is looking forward to his new role.

“The DeKalb Chamber is a great asset to DeKalb County and the metro area,” he said in a statement. “As the new president and CEO, it is my goal to continue to incorporate the mission of the Chamber and provide a comprehensive environment to do business and improve the quality of life for our stakeholders.”

Atwater is a graduate of Drake University with a Master of Public Administration. He also attended Iowa State University, where he received a Bachelor of Science in Community Regional Planning.

Folks in Atlanta know how great this city is, and Google is working to spread the word.

The site takes folks from their couches to unique pockets of the city through activities like an oral history on Buford Highway and a hip hop record collection.

Discover Atlanta partnered with Google for the project to bring more tourists to the city as pandemic restrictions dissipate.

The one thing it doesn’t include for the traffic-choked city is a MARTA map. 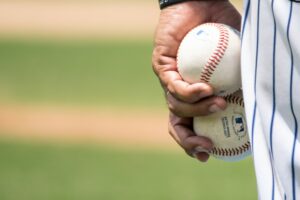 On May 31, business advocacy group Job Creators Network filed a lawsuit against Major League Baseball for moving its 2021 All-Star game from metro Atlanta to Denver, Colo.

The baseball league made the decision based on Georgia’s controversial new voting law.

MLB recently responded in a court filing, according to the Atlanta Journal-Constitution, saying the court’s time “should not be wasted on political theatrics.”

The U.S. District Court will hear the case for the Southern District of New York on Thursday, June 10.

Previous Article
Festival on Ponce – June 5-6, 2021
Next Article
Serving up a slew of summer reading on democracy