"Affordable healthcare is on the ballot, criminal justice reform, police reform, good paying jobs and quality education, are all on the ballot. The Peoples' Agenda is determined to make history in 2020 and turnout Black voters in record numbers," said Helen Butler, executive director of the Peoples' Agenda, ahead of an Oct. 19 GOTV rally in Mechanicsville with several allied groups. Photo: Kelly Jordan

It’s still voting season, so check your county’s election board page for hours and locations. Fulton’s page is here.

If you need a flu shot, they’re available at county health offices and many pharmacies.  Check VaccineFinder for locations.

Georgia Attorney General Chris Carr is one of 11 state attorneys general who has signed onto a federal Department of Justice antitrust lawsuit against Google. 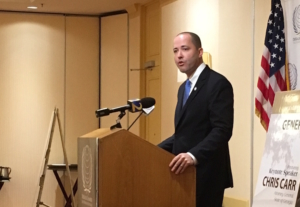 “On behalf of Georgians, our office joined this lawsuit to address Google’s potential anti-competitive conduct in order to maintain a fair and free market for consumers, advertisers and all companies now reliant on the internet economy,” said Attorney General Chris Carr in a press release announcing the suit.

About a year ago, Carr signed onto a Google antitrust investigation with 49 other attorneys general.

The AG who actually sued this week allege that Google is forcing or buying its way into peoples’ online lives in ways they can’t practically avoid. Thus, the states say, Google is stifling competition and reaping monopoly profits.

The AGs’ complaint to a federal court in Washington D.C. doesn’t lay out what remedy they are seeking. Different business practices? Time will tell.

A key moment in the case should happen as early as next month, when Americans pick a president. If Democrat Joe Biden enters the White House, his Department of Justice might show little interest in a lawsuit that would take years and might turn out to have relatively modest aims.

All the attorneys general who have signed onto the lawsuit are Republicans.

The Center for the Visually Impaired (CVI) has a new president and CEO.

The board of CVI has selected Lisa Kennedy, who has been serving as the interim president since March after the retirement of Fontaine Huey, as its new leader. 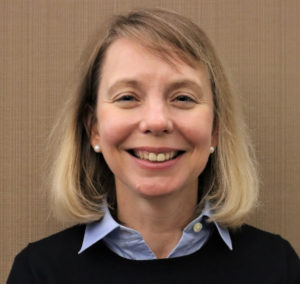 Kennedy first began working with CVI as a development and fundraising consultant. She stepped into the interim role at the beginning of the Coronavirus outbreak, and she headed CVI’s transition to remote services with the onset of the pandemic restrictions.

“Under her leadership, CVI’s program managers and staff have risen to the challenge of meeting the needs of people impacted by blindness and vision loss in innovative ways,” said Andy Kauss, CVI’s board chair. “In a very short time, she has established procedures and metrics that better align CVI’s service delivery model with the needs of our clients while simultaneously initiating the essential strategic thinking that will define our future. She has clearly demonstrated the leadership qualifications and abilities to lead CVI, and we are thrilled to have her at the helm.”

CVI is a comprehensive and fully accredited nonprofit providing rehabilitation services for individuals who are blind and visually impaired in Georgia, serving people of all ages with all levels of vision loss. By the way, October is National Blindness Awareness Month, a time aimed to bring awareness to the impact of visual impairment on people of all ages.

New board member for ACE 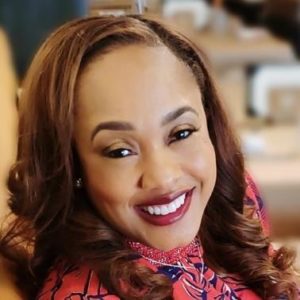 Candy Moore, senior vice president and Southeast community development manager for Wells Fargo in Atlanta, is the newest board member at Access to Capital for Entrepreneurs.

“Candy’s leadership, passion for ACE’s work and deep experience with premier financial institutions and other non-profit organizations will add significant value to our board as well as to ACE,” said Matthew D. Bozzelli, deputy general counsel (East) for Southern Company and ACE’s board chair in a press release announcing Moore’s arrival.

“Heroes from home” donate more than $245,000 to fight homelessness

HOPE Atlanta, a century-old nonprofit that fights homelessness, announced it raised $245,000 in its 100 Days of Hope campaign.

The hundred days and an online event stood in this year for the normal in-person annual Heroes for Hope fundraising event.

“Thank you for making tonight happen, for of the community that’s come together, not only tonight and for this event but really throughout this pandemic,” HOPE Atlanta CEO Jeff Smythe told the online audience last week. “It’s really been a heroic effort since day one.”