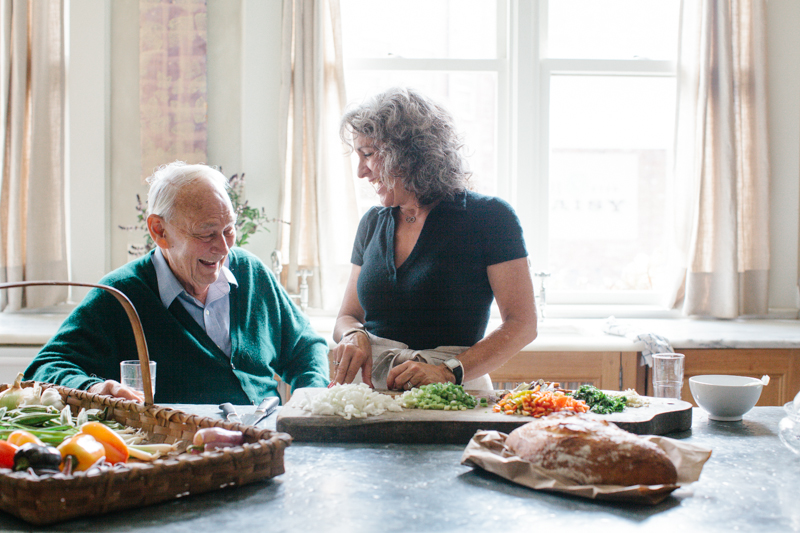 A great cross-section of Atlanta came to the Cathedral of St. Philip on Saturday, Sept. 22  to pay tribute to Rev. Austin Ford – a civil rights leader who devoted his life to helping the poor and disadvantaged.

When he was in his 30s, Ford moved to a dilapidated house in the predominantly black community of Peoplestown near the Atlanta-Fulton County Stadium. That’s where Ford, an Episcopal priest, founded Emmaus House in 1967 – a refuge for people in need. He was director of Emmaus House for more than three decades. 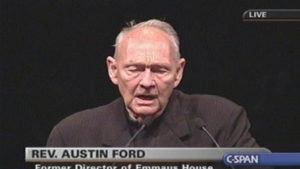 Ford died on Aug. 18 at the age of 89, and he was remembered with fondness and reverence during his memorial service, which attracted a combination of religious leaders, long-time civil rights and community activists as well as business executives and close friends.

The Cathedral’s Rev. Samuel Candler officiated the service – noting that Ford had once picketed in front of the Cathedral against some action by the Episcopal Diocese of Atlanta.

Candler described Father Ford as a man of great sensitivity, wisdom with a direct ministry to the common man and woman.

“His witness of social justice for all people was disarming,” said Candler, remembering how the Emmaus House had fine silver and antique furniture as well as a garden. “’Beauty belongs here,’ Austin often would say.”

That was one of the dichotomies that existed with Austin Ford. He devoted his life to helping the poor, but one of his closest friends was Anne Cox Chambers, a billionaire whose father was James Cox, the owner of the Atlanta Journal, the Atlanta Constitution and WSB-TV and radio.

Search consultant Veronica Biggins spoke of how they met and became friends.

On the front steps of Emmaus House, Father Austin Ford and his dog, Cleopatra, visit with some of the children in the ministry’s pre-school (Photo by Ann Borde)

“I remember the first time I ever heard your name,” said Biggins, as though she was talking to Ford. “I was an executive with the then-C&S Bank, and you called me to discuss the bank’s obligation to the broader community. You invited me to lunch. Who knew that invitation would lead to a long and deep friendship.”

At the time, Veronica and Franklin Biggins were living in a handsome house in Grant Park. When they decided to sell it, “Austin was the first to call. The house was perfect for him,” Biggins said. “He knew he was losing his sight, and he wanted to settle into his own home.”

Biggins said she and Ford often argued. But they did agree that they wanted Barack Obama to be elected president in 2008.

“During President Obama’s first campaign, just about every weekend, Austin and I joined Anne Cox Chambers along with a few others to campaign (for Obama) – knocking on as many doors as possible,” Biggins said. “We traveled to Ohio, South Georgia, Pennsylvania, Virginia, Florida, Louisiana and Texas. We were a pretty motley crew.” 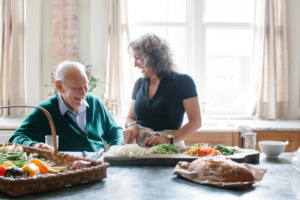 Biggins and other remembered how Ford had a Christmas Eve tradition when he invited his closest friends to have dinner and sing carols. The evening would end with everyone singing: “Let there be Peace on Earth” with everyone holding someone else’s hand.

So it wasn’t surprising that the last hymn of the memorial service was “Let there be Peace on Earth,” and Candler asked everyone to hold hands in Ford’s memory.

Biggins and Candler both spoke of all the stories that Ford would share – some that were hard to believe.

“Many times I would ask Austin if some story he was telling me was true,” Biggins said. “And he would say: ‘If the story isn’t good enough – embellish.’”

Then in all seriousness, Biggins summed up Austin Ford this way: “His life’s work was seeking justice for all.”

My parents were close friends of Austin Ford – part of that socially progressive cadre of Atlanta citizens who wanted to see racial integration, economic opportunity for all as well as social progress and enlightened leadership in Atlanta.

My fondest memory of Ford was when I was invited to a special dinner at his Grant Park home along with Biggins, Beauchamp Carr of the Woodruff Arts Center, and Anne Cox Chambers. At the time, I was still with the Atlanta Journal-Constitution, and I felt privileged to have been included to this intimate gathering.

As I drove up. Chambers was stepping out of her limousine with her three mixed-breed dogs, who obviously felt right at home at Ford’s house with his dogs. I realized the special spirit that Ford shared with everyone – no matter how rich or how poor.

I would not be surprised if Anne Cox Chambers had been a key benefactor of Ford and the Emmaus House. But that night, I realized just how close a friendship the two of them shared. Somehow, that made me feel even better working for her and Cox Enterprises. 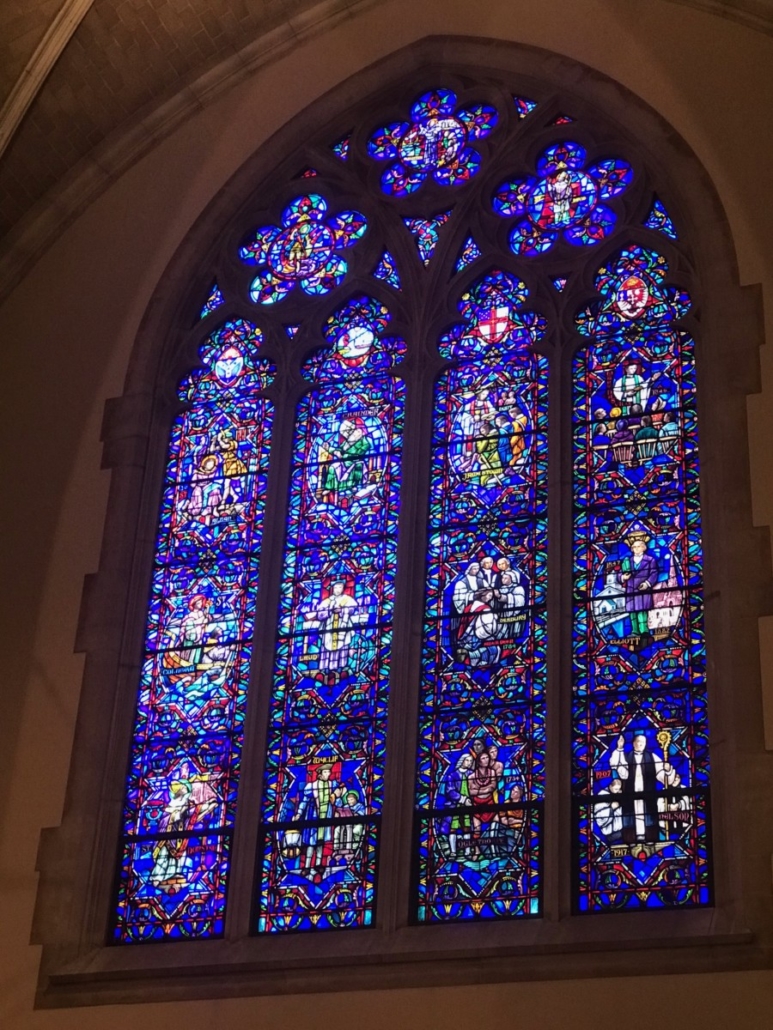 The stained glass window at Cathedral of St. Philip in Buckhead during the service for Austin Ford (Photo by Maria Saporta)

Previous Article
Retiring Georgia parks director got her start in DeKalb County
Next Article
What Does it Take for All Atlantans to be Healthy?