The new memoir by the Rev. C.T. Vivian is a morally based guidebook for today’s social activists as much as it is a recollection of Vivian’s path from Depression-era Missouri to the round table of the Civil Rights movement in Nashville and Atlanta. 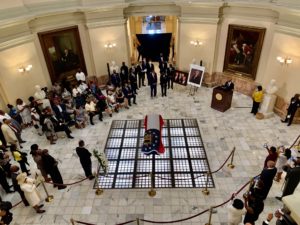 The body of C.T. Vivian was lain in state in the rotunda of Georgia’s Capitol, the first of three Blacks to be so honored and just days ahead of similar respects paid to Congressman John Lewis. Credit: Kelly Jordan

The currency of Vivian’s message was underscored Wednesday by Bernard LaFayette, a cofounder of the Student Nonviolent Coordinating Committee who said he looked up to Vivian as a mentor.

Leadership training is the starting point of all successful campaigns, LaFayette said during a virtual discussion of the new book, It’s in the Action: Memories of a Nonviolent Warrior. The book is available on Amazon and hard cover copies are to be released March 9. The co-authors are Vivian and Steve Fiffer. Vivian died July 17, 2020.

“The first recommendation is to identify student leaders, young people, whom other young people will follow,” LaFayette said.

“My strong recommendation is you have workshop to train leadership,” LaFayette said. “Let’s see what we can learn from others who have been successful – Martin Luther King and the bus boycott, Ghandi in India…. Learning from the mistakes of the past as well as what’s been successful.” 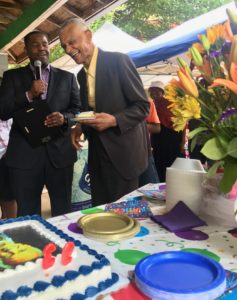 LaFayette capitalized on his time with Vivian, his senior by some 15 years. LaFayette served in the Nashville and Selma movements, the Freedom Rides, and was named by the Rev. Martin Luther King, Jr. as national coordinator for the 1968 Poor People’s campaign, according to his biography on the Selma Center for Trust and Reconciliation, where he serves as board chair.

“You’re channeling C.T. Vivian on our conversations of leadership,” Fiffer said. “We have an entire chapter in the book on Dr. King and his leadership and spiritual leadership…. There are some real lessons to be learned from that. That will be inspiring and informational to young people, that chapter in the book.”

The Occupy movement is an example of one that fizzled out for a lack of leadership, Fiffer said of Vivian’s view of the movement. Occupy started on Wall Street and spread swiftly in 2011. Campers took over Atlanta’s Woodruff Park for a period. The movement faded within a year, before any substantial leadership was established to determine a mission, goals and objectives, and to incorporate disparate interests that Occupy was said to represent.

Al Vivian said lessons in leadership he learned from his father have helped him propel BASIC Diversity, the company his father founded to work with businesses and organizations on diversity and inclusion.

“Holding people accountable,” is the lesson the son emphasized.

An example is the ubiquitous mission statement that always cites lofty goals. He said he asks clients: “Show me how that is in effect.” 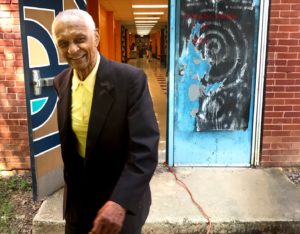 C.T. Vivian retained his youthful vibrancy, and weight, by paying heed to his health and exercise, according to his friend Andrew Young. Credit: Kelly Jordan

The point of the example is the importance of basing a conversation on principles that are of value to the other person in the conversation, he said. That was a lesson from his father.

“Here’s how we won the Civil Rights battle – hold America, white America, to what they say they value,” Al Vivian said. “There are two documents white America says it values: the Constitution and Bible. Every argument lines up with one of those two documents.”

As Vivian and King were developing their theories of nonviolent confrontation, the men seem to have made parallel observations about potential biracial partnerships. Their words are similar to some that were voiced during the 2020 demonstrations for civil and human rights in Atlanta and other cities:

Vivian, in his memoir:

King, in Letter from a Birmingham Jail: